A Biblical Study of Genesis 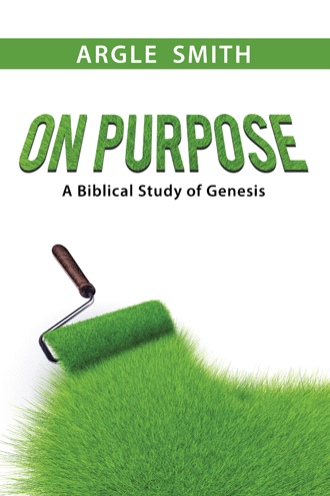 Abraham’s Final Exam (Genesis 22) Now that Hagar and Ishmael were out of the way, Sarah was able to nest. However, there was one final test Abraham must endure. In the past, Abraham was the one compromising the promise, but this time, God appeared to be responsible for the compromise. We know now that the conflict was just a test, but there would be many questions for the first-time reader (22:1). There is a difference between tempting and testing. God tests but never tempts us (James 1:3). Satan is the one who tempts us. Tempting is what Satan uses to destroy us, and testing is what God uses to mature us. Still, this test appeared more difficult than any tempting Satan could conjure up. How could a good God ask a father to sacrifice his one and only son? God called Abraham, and Abraham answered God’s call (22:1). God told Abraham to “Go!” “Go and sacrifice him as a burnt offering on one of the mountains, which I will show you” (22:2). Bill T. Arnold pointed out a keen observation from the text. He wrote, “The specific Hebrew spelling of this verb only occurs one other place in the entire Old Testament—Genesis 12:1.” God was giving Abraham the same command he did when he told him to drop everything and go to where he would show him. Abraham knew what would be involved. During a burnt offering, the person giving the offering would cut up the sacrifice and burn it completely on the alter, and that was exactly what God ordered Abraham to do to Isaac! Abraham did not pause or hesitate. The next morning, Abraham woke up early and got everything ready for the sacrifice (22:3). I think Abraham’s actions reveal several timeless, godly principles about Abraham: He was committed to God 100 percent. He was a faithful man. And he was extremely obedient. Abraham put God first in his life. One thing was certain, Abraham did not seem surprised by the request. Child sacrifice was often practiced during this time period in the other religions to ensure future fertility. We’re not sure what was going through Abraham’s mind, but he had three days to think about it as he traveled to Moriah (22:4). (Moriah would become the site of the Israelite temple centuries later.) I can’t imagine what emotions Abraham had to endure over those three days traveling with his one and only son. If Isaac died, there would be no one else to fulfill the promise. Abraham and Sarah were simply too old to have another child. When Abraham arrived at the spot, he made his servants stay behind while he continued up the mountain with his son. I have often wondered if Isaac knew he was the sacrifice. Why does Abraham say, “We will worship there, and then we will come right back” (22:5)? Was Abraham lying again? (We know he was not beyond that.) Or did Abraham believe deep down that God would intervene, that God would keep his promise? One thing we do know is that Abraham had a close relationship with God, and he knew God’s loyal character better than anyone. Maybe Isaac knew what was going on, but he was not sure. The boy was no dummy. He was about thirteen years old. He had to carry the firewood on his shoulders that would be used for him as a burnt offering (22:6). I believe Isaac had his suspicions as he asked his father for clarity: “We have the fire and the wood . . . but where is the sheep for the burnt offering?” (22:7). As a father, how could Abraham even answer the question? This question was probably a wedge of emotions stabbing Abraham’s heart as he walked up the mountain holding the knife he would drive through his son’s heart. God promised Abraham many descendants. God told Abraham to count the stars and sand. First Abraham had to endure years of Infertility, and now his son was on the verge of death. But Abraham responded the only way a father could: “God will provide a sheep for the offering, my son” (22:8). Abraham prepared the alter. Abraham tied up his son, which is what really makes me believe Isaac knew what was going on. Isaac was young and strong. Abraham was old and frail. There was no way Abraham could overpower Isaac. If Isaac did know, he displayed complete loyalty to Abraham, complete faith in Yahweh, and a complete surrender of his life. In other words, Isaac voluntarily laid down his life in submission to his father. We do not get a big picture of Isaac’s life in Genesis, but if my hypothesis is true, the faith of Isaac may have matched or even surpassed his father’s in this instance. Abraham laid Isaac on the alter. Abraham lifted the knife high in the air, poised to strike his one and only son.

Whether you are searching for meaning in your life or you want a deeper understanding of Genesis, On Purpose has something to offer you. Inside On Purpose, you will find a comprehensive Bible study of Genesis that does not shy away from life’s issues, in a format that is both fun and easy to comprehend. On Purpose has graphs and study questions to help you along. At the end of each chapter, you will find Fast Forward Facts that incorporate relevant Scripture from other parts of the Bible. On Purpose points you directly to Jesus Christ and how he fulfilled God’s promise to us in Genesis. You may leave On Purpose with an exhilarating new drive and a fresh focus for your life.

From growing up in a poor neighborhood, to becoming a US Marine, to serving as police officer, and earning a BA in Biblical and Theological Studies from John Brown University, Argle knows what it takes to maintain a personal faith in Jesus Christ. Argle serves in Spain with his wife, Kristen, as missionaries.