TO GREECE AND THE DISTANT ISLANDS

A journey of faith (Greek Life 1) 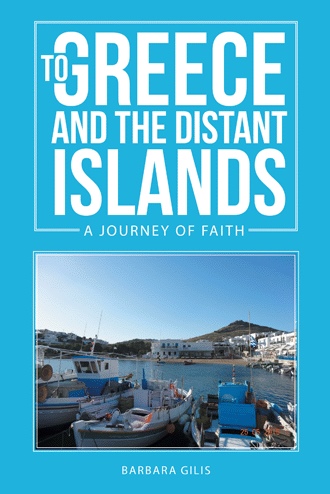 At one o’clock in the morning unable to sleep, I got up and decided to go out. Where didn’t matter, just a place with people and some life. London was the obvious choice, a quick thirty-minute zip down the motorway at that time of night. Getting up, I donned a white, cotton jump-suit. I had no intention of going to a club, I only wanted to drive around and later to watch the sunrise over the River Thames.

I lived in a small, Hertfordshire country village, the kind with cricket on the green, two village pubs, a Post Office and a corner shop that sells everything. Nothing was going on there after midnight.

As I left the house, I did a very strange thing, I picked up a torch; I hardly needed that for a trip to London! At the end of the street, for some unknown reason, I turned right into the village, rather than left towards London.

No English country village would be complete without an old, Anglican, stone-built church and most peculiarly, it was to the church that I went that night. I stopped outside, parked the car and walked up the path amongst the gravestones. The heavy, metal latch on the old, oak door opened with a clunk; the door creaked loudly and I walked into the eerie darkness. Only with the beam of the torch could I grope my way to the alter at the front. Though I had been inside for the occasional christening, I was less than familiar with the layout. I certainly never went to church on a Sunday!

I sat down in the front pew and began to talk out loud, breaking the silence with a mixture of cries for help and sobbing.

‘What am I doing here? I don’t even believe in God! But what if I’m wrong, what if You are there listening to me now? Maybe it’s just that I never found You. But how can I believe in a God I have never met? ? If you exist why don't you help me? What’s the point in having a beautiful home, a Porsche, money to do anything I care to do, if I can’t share it with someone special? Then every time I do find my someone special, something goes wrong. Well maybe there is a God. Even if there’s only a 0.001 percent chance that You exist, maybe I’m wrong.’ ‘Well God, if You’re up there and You’re listening to me now, do something and help me to sort out my life, because I’m making a right mess of things! Do something so that I know You exist, please help me to find You.’

I was in there about half an hour, crying my eyes out and generally feeling sorry for myself. Eventually I left, jumped in the car and whizzed off to London, as I’d originally planned. I drove around all night, listening to cassettes, stopping for a while and then driving on across one bridge or another. Finally the sun rose and I drove home to sleep.

It was to be a year or more later, before I would discover that the door of the church was locked every night at sunset. The local church warden of the village insisted that I couldn’t possibly have gone into the church that night, as he always locks it at sundown. Yet, I know I was in there and I can even remember the sound of the heavy latch opening, so loud was the noise in the stillness of the night. Did I walk through a locked door as did the disciple Peter in the Bible? Did someone forget to lock the door that night? How strange that they should forget that one night when I wanted to go inside, after all those years that I had lived in the village!

Interestingly, Andrew, who had brought me to the point of despair to cry out to God, was the son of a Baptist minister.

It was about six months after that night in the church that the turning-point in my life came, and during this period, I completely forgot about my cry to God.

What makes a successful London business woman leave it all behind to live on a Greek island?

Living in a delightful, English country village, she had everything most people dream of.

After a supernatural experience while on a Greek island, Barbara believed that she was to leave it all behind and move to Greece. But why and what exactly would she do when she got there?

Seeking guidance at the outset, she had asked God to answer three very practical questions.

Why Greece of all places?

How should I do it?

When am I supposed to do all this?

The miraculous answers to those three questions were to change her life forever. She left behind the city banks with the security of a regular income and initially lived the simple outdoor life on a campsite on Paros. Having given away the money from the sale of her house before it was even sold, she had limited funds and no idea how she would live.

Did God really tell her to go, or was she just deluded?

Barbara graduated from Manchester University in 1973. With the death of her fiancé the previous year, her plans to start a family of four children were cut short. Instead, she threw all her energy into a career in computing. She soon moved into the lucrative freelance market, moving from one company to another, as well as holding a senior managerial position with an international bank.

At the age of thirty-three, she had a dramatic experience, which caused her to leave her work in England and begin a new life on a Greek island.

Barbara has been living on the island of Paros for more than twenty years.