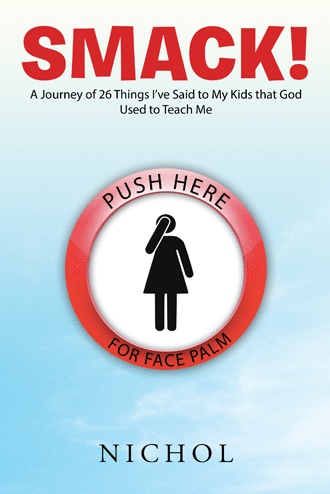 I have always had it on my heart to pursue bigger and better things. My imagination has taken me to talk shows that only the greatest and best Hollywood stars get on to interviews with the President of the United States to traveling around the world famous. To be famous for my passion for following God and bringing souls to his flock; famous for challenging the “norm” of society and making major breakthroughs that no ordinary woman could. I never imagined being a mother of three all under five, working part time at a big box store, while my husband navigated the retail life of the cellphone fix it world. To say I was frustrated well, that would be an understatement and God was not saying much on the matter. In fact we were just about to make a really big decision and were holding our breaths for some major sign that this was what He wanted. We were stressed, heavily relying on some answers and just not sure that we would ever get any.

Then it happened one cool day in October, on my twins annual doctors visit. I had told them time and time again that we were going to the doctor and that after that we would be going to the store. I get that they were just about to turn four so a few times of repeat would be necessary but really, fifteen times was a bit much. Finally I pull into the parking lot. I open the sliding door to help them out and the first thing that I hear come out of their mouths in that high pitched whine that drives any parent to their last nerve, “This isn’t the Doctor’s office! You said we were going to the Doctor’s office!” I grit my teeth and held my breath before I finally replied, “This is the Doctor’s office. Will you trust me I know where I am going?!” It was in that split second of silence that had fallen over all of us that I realized that is precisely what God had been trying to tell me.

Open mouth, insert foot was supposed to be something I outgrew when I became a mom. Yet instead, the opposite has been true. That was never more apparent to me than the first time I said something to my kids and I realized that is exactly what God had been trying to tell me. “I know where I am going,” were the words that left my mouth, and in the midst of my chaotic and confused life, I realized I was not just speaking to my kids but myself. That one moment opened my eyes, and suddenly I was paying full attention. But it was not the last time God would use my own words to teach me a lesson. Far from it.

Nichol is the mother of three children, twin five-year-olds and a two-year-old. She has a bachelor of arts from New Mexico State University, with a heavy emphasis on theatre. She has worked with children, both in ministry and in theatre. She has gone on several foreign missions trips, helping as a team leader and counselor for both teens and elementary school children. She lives in Kansas City as a stay-at-home mom and is involved in the startup of a ministry that will look to utilize the arts (theatre, writing, media, video, etc.) for ministry. Her hope is to partner with several churches in the area, to give people a chance at following the passions of their hearts.