The New Christmas Every Day 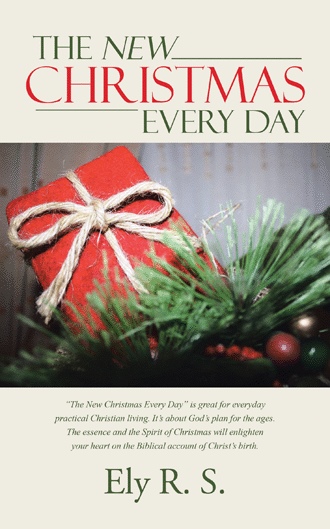 If the Birth of Christ is in This Generation

(What is the Perspective of this Present World System?)

If the birth of Christ is happening today, I’m very much sure there will be mixed emotions, mixed attitudes and outcome, and mixed belief about His birth. The broadcast coverage in different radio stations, television studios and newspapers may have variety of outlook and reporting. The media will be on hype and will broadcast live via satellite from Jerusalem in spite of the not stop conflict between countries in the Middle East. The internet will be filled with comments, videos of the Nativity, and there will be selfies with Joseph, Mary and Jesus. And for sure, there will be some disgusting and foolish talk on the part of the atheists. The Facebook status of many regarding the virgin birth will be overwhelmingly filled with share and links of people’s opinion. Many will worship the event rather than the Savior. People will be more concern of the technology, the science and political correctness of Christ’s birth, and medical answers instead of focusing on the fulfillment of the prophecies, the miracles and the touch of God on Christmas. And the truth of the Word of God might even be disregarded and discard. God has a set time and purpose, and it was a perfect time, with a glorious purpose! But it's not about the timing, but about the atonement and the filled praise birth of a Savior and King.

The kingdoms, the thrones, the seat of powers, and the political arena will be filled with jealousy, insecurities and envies. It will be rocked by the Rock of Ages- the Lord and Savior of the whole world. He is the “Only One” as the song says; “He is the Only One, the One that can save you, He is the Only hope, the Only One that can do, all you gotta do is admit you’re a sinner, repent from your sins, then become a believer…” (From the Album: “Ten Thousand Years” CD by Eliezer Dumala Sagansay. John said: “9- The next day John seeth Jesus coming unto him, and saith, Behold the Lamb of God, which taketh away the sin of the world. 30- This is he of whom I said, After me cometh a man which is preferred before me: for he was before me..” (John 1:29- 30 KJV) He will not only take away our sins; but He will be worship and every nations and tongues will bow down before Him to honor Him as King of kings and Lord of lords! Apostle Paul wrote; “5- Let this mind be in you, which was also in Christ Jesus: 6- Who, being in the form of God, thought it not robbery to be equal with God: 7- But made himself of no reputation, and took upon him the form of a servant, and was made in the likeness of men: 8- And being found in fashion as a man, he humbled himself, and became obedient unto death, even the death of the cross. 9- Wherefore God also hath highly exalted him, and given him a name which is above every name: 10- That at the name of Jesus every knee should bow, of things in heaven, and things in earth, and things under the earth;11- And that every tongue should confess that Jesus Christ is Lord, to the glory of God the Father.” (Philippians 2:5- 11 King James Version)

What would the present day kings and presidents say to Jesus, Mary and Joseph if the fulfillment of the prophecies occurs in this troubled generation? It can be different from Herod’s words and perspective but the same purpose and agenda. It will be political, selfish, destructive, and ungodly attitude! At the end of the day, everyone will be standing before the throne of God for judgment. It means as it’s obviously true that thrones are a seats of authority and power. It means that no matter how powerful, wealthy, and respected we are; we will all bow down to the newborn King- the Lord Jesus Christ! At the end of the ages, no one will remain in power but the One and only powerful, the child in a manger. This is not just a fact but the truth based in the Word of God. He was born an ordinary baby, from an ordinary mother with an ordinary foster father appointed by God the Father. And this extra ordinary man named Joseph was not aware beforehand what God has in stored for him. Let us know some of the Josephs in the Bible so we will have the definite idea of who we are giving due and tribute as, or if needed be given to the greatest foster father in the world.

Josephs in the Bible

There are a few Josephs mentioned in the scriptures. In the book of Genesis; Joseph the son of Jacob and Rachel was born while Jacob was serving his uncle Laban. (Genesis 30:22- 25) Joseph was beloved of his father Jacob. Joseph of Arimathaea is the unpopular one. We are going to learn from Joseph the husband of Mary, beloved of God the Father. God the Father chose him to be the foster father of Jesus. Like Joseph the son of Jacob, he went through a lot too. Children blame their parents or their past for not being a good father to their children or vice versa. Notice here the man who was brought up in a complicated home, a broken family, and “play favorites” parents. Notice the summary of the life of Joseph the son of Jacob:

Leah’s 2 great news before Joseph’s birth could be the turning point in her life. It was when God looked back and remember her, and said a child would be born. But the great news along with it was when the Bible says; “And God remembered Rachel, and God hearken to her, and opened her womb.” Joseph was born after God turned His mind and His face to Rachel. For me, those were powerful words and very encouraging words for a woman who was going through a lot. Those are encouraging words for all of us whether we are in the valley or in a mountain top experience. Rachel and Joseph knew what it meant to be in those unpleasant experiences, as well as great and prosperous life. But God has a purpose as what Joseph said later in his life. (Genesis 50:19- 20)

• Joseph witnessed the hardships and the conflict between Jacob his father and Laban his uncle.

• Joseph heard about the news when his sister Dinah was defiled by Shechem the Hivite. (Genesis 34:1- 5)

• Joseph witnessed how his brothers deceived the family of Shechem and killed them. (Genesis 34:6- 31)

• Joseph witnessed his father Jacob’s conflict with his wife, and he witnessed Jacob playing favorites among his children. (Genesis 37:1- 14)

Joseph became so powerful in the kingdom and he was the key to its prosperity and success. We know the power and respect he gained as the new prime minister of Egypt. He was reconciled to his brethren and he got the retribution in a godly manner. The good report about Joseph made the neighboring countries stand in awe of how he governed the nation in spite of poverty, famine, and hardships in the lives of his people. He made a great exodus from the impending downfall by the wisdom, power, and revelation of God through his dream. He then made an exemplary move by the guidance of the Holy Spirit as King Pharaoh gave him all the authority and power.

The relevant messages and encouraging words from the author of The New Christmas Every Day will make your Christmas celebration happier and brighter. The message of love and joy will lead you closer to God and loved ones. Discover the true essence of love and forgiveness this Christmas from this timely book.

The importance and issues of the birthday of a King and the conflict it brought to the kingdom made His love more tangible.

“Reverend Ely R. S. is a dedicated servant and leader. He is an author with multifaceted experience easily mirrored and manifested in his writings. You will enjoy his new book, The New Christmas Every Day, as it is straight from the Bible and from his heart. Ely is a visionary and a missionary overseer. I highly recommend his new book in your reading agenda. He will take you to new heights and levels in your spiritual journey with God. It’s great for devotional and meditation.”

Reverend Ely R. S. is a graduate of International Baptist Theological College and was the administrator of its extension school for 7 years. He’s been a pastor for more than 3 decades. Ely hosted the radio program “Gideon 300” at DWGO AM Radio based in Olongapo City, Philippines. He started the radio program “Love is the Reason” aired on Light House Radio 106.3 FM. He pioneered International Community Christian Church in Trenton, Michigan- (SBC). Ely is the author of four books, and he is the founder, and owner of Mi Daily Devotion. Ely is married to former Vemerlyn Dumala. They were blessed by the Lord with four (4) children; Eliezer, Ely JR, Eliel Lyn and Elmer John (EJ).

Visit his web page and know more about him and check his other books on the internet at www.ely-roque-sagansay.com.