A HEART to heart Bible Study 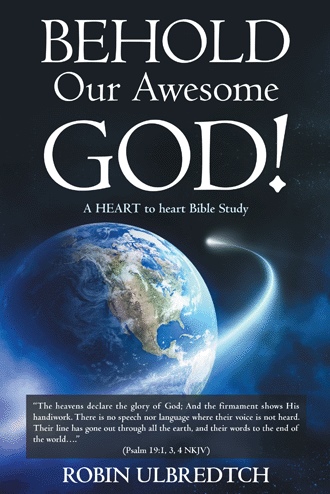 As we “Behold Our Awesome God,” we will learn about His character traits, divine activities and powerful intervention in the lives of His people. We will see Him in action, and through His action, come to see how awesome He is. We will see the movement of God in the lives of people in the Bible, and in our own hearts and lives. We can learn a great deal about God from His written word, The Holy Bible. But no man has ever seen God face to face. So when I say, “Behold Our Awesome God,” we behold Him through the word of God, what we learn and our personal encounters with the Holy Spirit during our prayer and personal-relationship times with Him. We will not actually see Him face to face, but we see the evidence of His movement in the lives of the Bible characters and in the work He does in our own hearts and lives. As you will learn later, God is an invisible but powerful spiritual being!
God is awesome! He is more powerful and more loving than you and I can ever search out and understand. Our human minds simply cannot fathom the greatness of God. In Psalm 145:3 King David wrote, “Great is the Lord and most worthy of praise; His greatness no one can fathom.” King Solomon, the wisest man ever, wrote, “He has made everything beautiful in its time. He has also set eternity in the hearts of men; yet they cannot fathom what God has done from beginning to end.” (Ecclesiastes 3:11) The apostle Paul wrote, “Now we see but a poor reflection as in a mirror; then we shall see face to face. Now I know in part; then I shall know fully, even as I am fully known.” (1 Corinthians13:12) Though scripture tells us we cannot fully understand God, we can learn nuggets of truth about Him from His word, and He will reveal Himself to His children as they seek to know Him by entering into a personal, one-on-one relationship with Him through prayer and the reading of His word.
Even though evidence of God’s existence surrounds us in creation, somehow some people convince themselves that God doesn’t exist or that they don’t need Him. Nothing is farther from the truth! If people would truly cry out to God and walk in relationship with Him, they would realize that a relationship with the living God, Yahweh, is vital and exciting! Each step we take with God brings new adventure and challenges us to exercise our faith and trust Him with our lives. God is big and powerful enough to take care of us—if we would only let Him.
Scripture tells us, “For since the creation of the world His invisible attributes are clearly seen, being understood by the things that are made, even His eternal power and Godhead, so that they are without excuse.” (Romans 1:20) Yet sometimes, with our busy schedules, we don’t stop to take the time to explore or truly see the evidence of God’s character or His invisible qualities in the world around us. If we would stop and intensely look at even the smallest parts of creation—and be truthful with ourselves—we would have to admit that there is an awesome creator who made everything and sustains it. (Colossians 1:15-17)
For example, let’s consider the raindrops. God’s perfectly-planned design appears in the shape and pathways of raindrops that fall from the sky. As each droplet falls, it has a unique path to follow, watering and sustaining life all along its way, until it reaches its final destination in a lake, river, creek, pond or ocean. When the droplet reaches its destination, if not before, the sun comes out and it evaporates into the air. Then the wind carries it across the land, and it eventually comes down to the earth again to begin another life-sustaining journey. This ‘cycle of the raindrops’ could not have happened by chance because it is so perfectly synchronized to sustain life on this earthly creation.
Raindrops, as they travel on their life-sustaining journey, also provide great natural beauty on the earth as they sustain all of the vegetation and create waterways. Wildlife and birds gather at the waterways to get life-sustaining water, and the creatures provide great natural wonders for the onlooker to see. The waterways, with their rich colors and variety of forms, enhance the world around them.
It is impossible for mankind to originate even one minute part of creation. This unfathomable creator and sustainer of life is the one true God who expresses Himself in three persons: God the Father; God the Word and Son, Jesus; and The Holy Spirit. Together they make up the One and only true God.
I encourage you to slow down and look closely at the minute parts of creation, and perhaps you will behold the attributes of God!
Without God there is no hope, love, meaning, purpose or lasting reward in this life or in eternity. Only God can provide these things for us. So let’s forge ahead and look at the source of natural and eternal treasure.
May God get the glory for all He has done, is doing, and will do in the future. Behold! Our God is truly awesome! 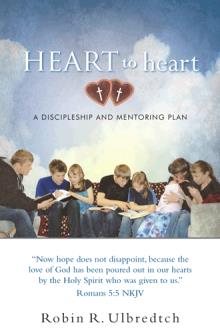 Behold Our Awesome God, a thirteen-week Bible study, presents God’s attributes by sharing accounts of His intervention in people’s lives. Through provocative questions, activities, and Scripture, we can “behold” God and learn to apply His word to our lives.
Come, walk through this exciting journey! See God deliver desperate people. Behold, God, the divine Creator, loves you and wants personal relationship with you too!

“I have known Robin for decades and find that she is an excellent writer. Robin is a mature Christian and her heart is toward God. Many will be enlightened and benefit from the God-given nuggets found within Behold Our Awesome God. He has given her an understanding of the word and allowed her to write this wonderful study.”
—Beverly Goding, speaker, adult Bible teacher, thirty-five years in Aglow Leadership, former Aglow state prayer coordinator
“We have known Robin and Steve Ulbredtch for years. We attended the same fellowship for many years. We are blessed by their love for Jesus and willingness to help wherever and whenever they can. They remain committed to their church family and each other which is a good testimony of God’s work flowing through them to each other and their brothers and sisters in Christ. We are blessed by their perseverance to follow through and produce this Bible study which is set up in an easy to follow pattern with encouraging helps to memorize and study the Bible on one’s own, which we wholeheartedly agree is what the world needs today.”
—Corky and Gail Kalben, Bonner Gospel Mission

Robin, a born-again Christian, lives in Sandpoint, Idaho, where she continues serving the Lord in various ministries and by teaching God’s Word. She holds an AA in journalism and a BS in education.