Learning to Teach and Teaching to Learn 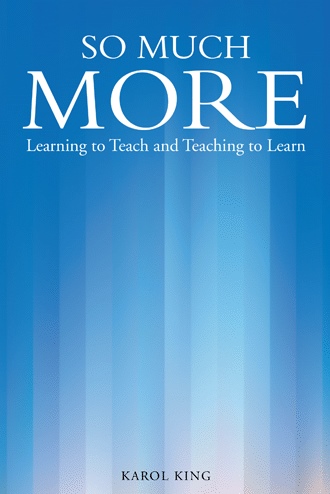 Were the Emmanuels a Cult?

Were the Emmanuels a cult? First of all, what is a cult? According to the Merriam-Webster dictionary, the word “cult” is “a small religious group that is not part of a larger and more accepted religion and that has beliefs regarded by many people as extreme or dangerous…. In the West, the term has come to be used for groups that are perceived to have deviated from normative religions in belief and practice. They typically have a charismatic leader and attract followers who are in some way disenfranchised from the mainstream of society. Cults as thus defined are often viewed as foreign or dangerous.” On thinking about this subject and wanting to give correct information, I of course went to the trusty Internet and looked up several links to “what are the marks of a cult?” As any one knows who uses the Internet, there are almost endless sources of information and opinions about cults (and everything else!) And as they say, Go look it up for yourself? But first let me give you the history of my own infant understanding and brief dawning awareness of the word “cult.”

In 1983 the only association I had had with the word up till then was with Jim Jones, the Peoples Temple, and the terrible murder/suicide event that happened in Guyana in 1978. We and the rest of the world were rightfully appalled. So it was a never-to-be-forgotten moment when standing in the kitchen of the parsonage there in Rocky Ford one day in 1983, Bob said to me, “Karol, the Emmanuels are a cult.” I knew virtually nothing about cults at that time, but I knew that it was a “bad” and injurious word to call any group by that name. Had I heard correctly? Were our people…were the Emmanuels…a cult? Part of me was outraged and oh, so sad and shocked! How could he have used that word for us? For us who knew the Bible from cover to cover, who had been so very sure that we were right and knew how to read an interpret the Holy Word of God, and had thereby come to know and understand God’s will for not only our group, but for the whole world? Who was speaking here? God or Satan? Were we being led by the Holy Spirit or duped by the Evil One? Were we being asked by God to give up the loved and known, strike out on a path unknown to us and follow a new way, at least new to us, sort of like the Biblical Abraham was called to “go out, not knowing whither”?

Ironically, both Bob’s and my parents had sacrificed, had left their families and friends to join the Emmanuels when we were infants or before we were born. They had often told their own stories of having to leave the world, to start behaving and dressing in a different way from what they had ever expected to.

Many was the time as a child I had sat in breathless awe as my mother would stand up in a church service to testify and to tell how God had brought her to the Emmanuels. She would tell that at first she was hesitant to change her dress and wear long skirts and long sleeves. She would say, “It was one thing to dress myself that way…but my little girls? I had to dress them like that too? I just wasn’t sure that I could do that.”

She went on to tell that one day she and Daddy and Grandpa King were on their way to an Emmanuel convention in Terre Haute, Indiana, I think it was. They had been with the Emmanuels awhile, but she was really struggling with what she called the dress issue. Finally she spoke up and told the two men what was going on in her heart and mind. At that point, Daddy pulled the car to the side of the road, they all got out of the car, and Daddy and Grandpa prayed for her that day, asking God to give her the strength and grace to do the right thing—to be willing to dress as a holy and sanctified woman for the rest of her life, as the Bible decreed. Light and strength came to her then, and according to her testimony, never again was she tempted to dress herself or her daughters in any way but the Emmanuel way. I was so blessed to have a mother like that, I thought.

This book is a reflection on events and circumstances that I have experienced by living in, and then by leaving, a closed society. I have asked and attempted to answer some of the many questions that are a part of making such momentous changes in one's life.

It is also an attempt to share the methods that worked so well for me in the classroom: teach from the heart, respect every single student as a human being, be willing to learn oneself, know the subject matter and be able to communicate it effectively.

This book is a reflection on events and circumstances that I have experienced by living in, and then by leaving, a closed society. I have asked and attempted to answer some of the many questions that are a part of making such momentous changes in one's life.

It is also an attempt to share the methods that worked so well for me in the classroom: teach from the heart, respect every single student as a human being, be willing to learn oneself, know the subject matter and be able to communicate it effectively.