Five Weeks in the Life of Moses 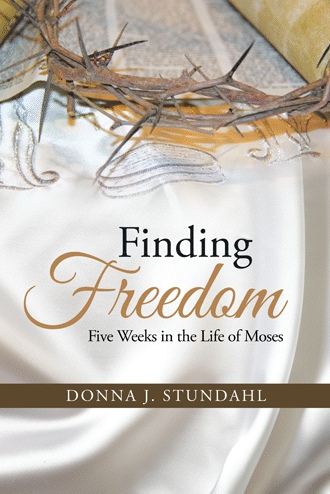 Introduction to the Problem

The Israelites were slaves and held captive by Pharaoh, so God sent a savior to bring them to the land of promise, a land He promised to their ancestors, a land of freedom. More than a thousand years later, humanity was once again lost and searching for freedom. This time the slavery was to sin. Just as the Israelites wandered in the wilderness on their way to the Promised Land, we also are wandering in a wilderness on our way to the eternal Promised Land: heaven. As the inevitable quest for freedom is unending, so is the freedom of the Torah as taught by Moses and reiterated by Jesus, the Messiah. Facing many of the same challenges as the Israelites, fighting the same fears, there is much we can learn when we search the Torah for freedom. Jesus was Jewish, the gospel is Jewish, and the root of Christianity is Jewish, making it beneficial to understand the historical context in which the Torah was written. Contextual study of the Old Testament Scriptures is not needed to acquire salvation but to grasp the full blessing and applicability, as well as experience the freedom found in the truth of the text. This is where one’s hermeneutic should begin. Research shows the following:

• Unity was in the testimonies given by Moses, Paul, and Jesus.

• All preached that the same law that applied to the Jew, at times, applies to the Gentile, the native, and the stranger that sojourn together.

• All Scripture is inspired, relevant, and useful.

In considering the text and stories of the Old Testament, many questions come to mind. Why is there an Old Testament at all? Why would a compassionate, loving Creator allow His chosen people, the Israelites, to be prisoners of Egypt? Why did the people of Israel wander for forty years on an eleven-day journey? Do you ever feel like you are wandering in a wilderness alone? Are you in search of the same freedom the children of Israel sought? Are you looking for a life filled with promise? Moses expounded on freedom in the book of Deuteronomy. He explained exactly where to find freedom and how to get there. He clearly spoke to the Jew and the foreigner. The question is this: does He speak to the Christian as well? This book examines the roots of Christianity to discover how our Jewish history, as taught since the time of Moses, can and should affect the daily lives of Christians.

Introduction to the Book of Deuteronomy

The book of Deuteronomy begins, “Across the Jordan in the land of Moab, Moses undertook to expound this Torah” (Deuteronomy 1:5). Many scholars believe that Moses expounded Torah in all seventy languages of humankind. The sages take this from the seventy family groups named in Genesis 10 that were scattered at Babel in Genesis 11. Was Moses bilingual in seventy languages? Or did he speak in one language that was miraculously understood in seventy, as the disciples did at Pentecost when they began the new sect of Judaism known today as Christianity (Acts 2)? The Scripture doesn’t make that clear, but what the text does say is that he spoke to everyone, implying that everyone would understand.

The sages refer to Deuteronomy as Mishnah Torah, which commonly translates as “repetition of the Torah.” The English (Deuteronomy) comes from the Greek word deutero nomos, meaning “second law” based on the Hebrew word devarim. From an evangelical perspective, one of the better studies of the treaty formed in Deuteronomy is Meredith Kline’s book Treaty of the Great King. Kline argues that the structure of Deuteronomy follows exactly the structure of the international treaties in use in the early second millennium BC. The book of Deuteronomy follows the general pattern of an ancient Near Eastern covenant treaty document between a king and his servants. In the book of Deuteronomy, we find the typical preamble in 1:1–5, a historical prologue in 1:6–3:26, the conventional obligations from 4:1–26:19, blessings and curses from 27:1–30:20, and a conclusion from 31:1–34:12. This structure implies that God would be the king and the Israelites would be his vassals.

The entire Torah has not been repeated; in fact, of the two hundred laws identified in Deuteronomy, seventy are new laws. The book of Deuteronomy begins on the plains of Moab by the Jordan across from Jericho (Numbers 36:13). Deuteronomy contains three speeches of Moses intended to convict the Israelites to be faithful. Moses speaks of God’s past miracles, summarizes the covenant, and prepares the younger generation for the future in the Promised Land. The book is primarily composed of Moses’ farewell speeches to the Israelites. It is believed that he started writing the book on the first of Shevat in the year 2488 (1273 BC) and concluded thirty-seven days later on the seventh of Adar, the day of Moses’ passing. Moses knew they needed to be strong and courageous, as they would no longer see God’s presence and daily miracles once they entered the Promised Land. The manna would stop, and they would need to plow, plant, and harvest. They would need to establish government and social relationships to help the poor and needy as well as maintain strong faith to avoid making the same mistakes their fathers had made in the past. Stressing the law and moral values would create the discipline needed to avoid the temptation of the pagans with whom they would soon have to live. This is Moses’ final effort to make a difference in the people’s future. It is the grand finale to point them in the direction of freedom. Throughout the book of Deuteronomy, the recurring themes that should permeate every believer’s daily life are fear not and remember.

Do you ever feel like you’re wandering in a wilderness alone? Are you searching for the same freedom the children of Israel sought, only to find oppression at every turn? Are you looking for a life filled with promise, only to be repeatedly disappointed? You are not alone. We are all on a journey, from slavery to sin to the ultimate Promised Land in Heaven, where we will be free. Everything in between is a wilderness experience.

Moses expounded on freedom in the wilderness. He explained exactly where to find it and how to get there. He clearly spoke to the Jew and the foreigner. The question is: Does He speak to the Christian as well?

In her book Finding Freedom, Dr. Stundahl will wander through the wilderness of Deuteronomy and explore the Hebraic roots of Christianity. Finding Freedom reveals the concepts of the Torah, assembled in the same format in which they were studied by the Jewish communities since the Babylonian exile. These concepts include humility, idolatry, evil speech, teaching, learning, remembering and listening. The analysis of each portion of the Torah considers its applicability to the life of a Christian. As the history of Christianity and the Jewish elements of the Gospel are discovered, the shadows of Jesus Christ are revealed.

Wherever you are in the wilderness of your life, you too can find the freedom intended just for you! Experience the reading, the writing, and the dance of the Torah.

Donna is a Bible scholar with a Ph.D. in Biblical Studies. She is a dynamic teacher, retreat facilitator, mentor, wife, mother, and grandmother. She is passionate about bringing the Old Testament scripture to life, teaching others how to live by the Law of Moses while thriving in the freedom of Christ.