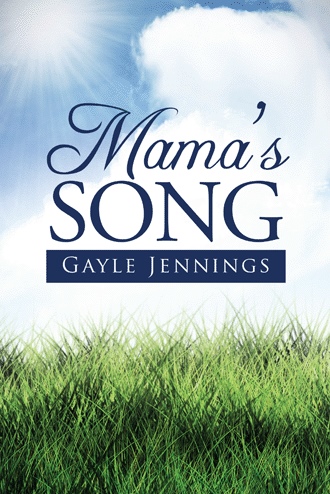 The cold spring rain fell relentlessly, soaking her threadbare coat and chilling her to the bone. She longed for some small measure of comfort, even a ray of sunshine, to lift the oppressive gloom—but it did not come. Her heart felt as hard as the stark white stones surrounding her.
A voice interrupted her thoughts, leading her eyes to the stone nearest her. A fresh wave of grief swept through her as the old wound reopened. After nine years it had never really healed, and now the unbearable pain of it again pierced her soul. He was only nine months old—Eugene, her precious little boy.
The inscription on his tombstone said, “Safe in the Arms of Jesus.” But God forgive her, today of all days, she yearned to snatch him from the Lord’s embrace, cradle him against her breast, and once again kiss his plump round cheeks.
Over the years she had tried to forget that terrible day, but it was so deeply burned into her memory that she could still vividly recall even the smallest details. Like a recurring nightmare, the scene would replay in her mind, again, and again, and again. Sometimes when she was alone, she would cry out—no more! But still the visions would not stop. She could smell the pungent odor of the poultice ingredients that were boiling on the old woodstove, mixed with the aroma of cornbread she was baking for supper. She could see the finger drawings her two oldest children had created on the frost-coated windows. And the cat—she had been so upset someone had let him in the house again, and as usual, he had jumped up on the table. How very strange that she could remember these insignificant things so clearly in light of the tragedy that was about to unfold.
On that fateful day, a late spring storm had unleashed copious amounts of heavy snow. Only a week before, the weather had been unnaturally warm. When she went out to milk the cow, she noticed that the fields were black with flocks of robins. She remembered this as she watched the snow fall, because her papa called these late blizzards “robin storms,” since they occurred after the birds returned from their winter homes.
She moved the baby closer to the stove, hoping that the vapors from the poultice would help relieve his congestion. Two days earlier, he had started coughing. At first she had not been alarmed, because he had always been a healthy baby.
She had tried the new croup medicine that she had bought from the peddler last winter, but it had not helped. When Eugene started wheezing with every breath, she was so badly frightened that she told her husband to ride to the store and phone for the doctor. Hours passed, and when he did not return, her anxiety climbed with every passing minute.
Suddenly, her baby wheezed violently. When she turned to look at him, he was not moving, and he was turning blue. “Eugene!” she screamed. Then she grabbed him and started pounding his back. “Please baby, breathe baby, please,” she begged. Then for one horrible moment, she thought he was gone. But he gasped, and his little chest started to slowly move in and out. Thank you God, thank you, she prayed silently.
Her scream had scared her three-year-old son, who began wailing at the top of his lungs.
“Hush now, Theron Ottis. Mama can’t come right now. Junior, put on your coat and hat, run to the barn and tell Grandpa that I need him,” she ordered.
“But why, Mama?” her seven-year-old protested.
“Junior, do what I say!”
The sharpness of her voice disturbed Theron Ottis, and he began crying again. “Willie Sue, you be a big girl now, and come help your mama. Get some cookies for you and your brother, and go play in the bedroom,” she told her four-year-old daughter.
When she heard voices outside, she thought it was the doctor. But it was only Grandpa and Junior, and, as usual, the old man was fussing about his grandson.
“Maude, I swear I am going to tan that young-uns’ hide. He don’t have no respect for his elders. I was trying to finish the milking, and he kept yelling at me about you needing me about something, and when I wouldn’t stop, he went and kicked my bucket over and spilt all the milk.”
Maude turned toward him, and the agonized look on her face had caused him to stop his tirade. “Price, Eugene is very sick,” she calmly said, even though her heart was still pounding. “I know the snow is getting deep, but please walk over to Aunt Laura’s, and ask her to come look after the children for me.”
The old man did not argue and left immediately.
She continued to hold her baby, not daring to lay him down, and he almost stopped breathing twice more. Aunt Laura and Grandpa Price had been back for quite some time when the dog barked. Junior jumped up and ran to the window yelling, “It’s them Mama! Daddy and the doctor are coming!”
The two men were covered in snow, and for a moment she could not tell them apart. But then the doctor began to apologize. “I’m sorry it took me so long to come. I was delivering a baby. For some reason they like to be born in snow storms. Now, let’s have a look at this little fellow.”
As he examined the baby, he questioned her about his symptoms, and asked how long he had been sick. Then he pulled out his stethoscope and listened to Eugene’s lungs. She read concern in his expression, and his words confirmed her worst fears.

Mama’s Song is a portrait of life in the tiny rural community of Elgood, West Virginia, in the early 1900s. It centers around the Higginbothams, a close-knit farming family, and particularly on Maude, their youngest daughter. It chronicles how their lives are shaped by historical events, their own personal choices, and the trials they face in an era before modern conveniences and modern medicine.

They are just an ordinary family--none of them pursue or gain worldly fame. Even so, their unassuming lives are powerful examples of faith, perseverance, and sacrificial love, and the impact that simple acts of kindness have on the lives of others.

Their journey through life teaches them that love, loss, and grief are intertwined and will always be so, this side of heaven.

Gayle Jennings and her husband, Ted, live on a farm in Camp Creek, West Virginia. Gayle has both a BS and a MS in animal science. In addition to writing, she also enjoys watercolor painting. She is a member of Johnston Chapel Baptist Church in Princeton, West Virginia.