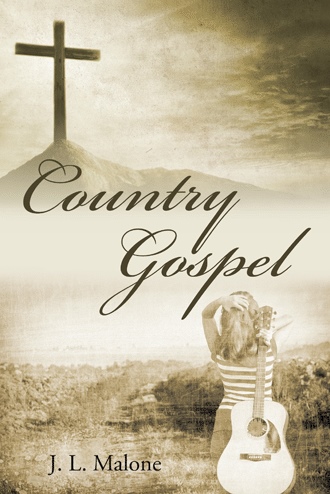 A few months later Casey and I headed out on the road with the kids in toe. The first couple of concerts went well and I think that Casey was beginning to think that I was crazy. Then, the inevitable happened. It began with one rowdy fan when I called for the alter call. Then it seemed as everyone started chanting for me to go away and the music to begin again. Casey and some of the other artists that we were traveling with as saved the day when they all came out and began to play again. But, I refused to leave and I joined in with the others. After a while, the fans all but forgot about the commotion that occurred a little while earlier.

When the concert was over and we retreated backstage, Casey was practically attacked by some of the others regarding the unfortunate situation that happened that evening. Naturally, he held his own and defended me, but I felt horrible that he had to go through that. They gave him an ultimatum that I don’t continue on the tour or they’re pulling out.

“You do what you have to do,” he screamed at them. “You all agreed that it was okay for Chloe to join us and give the alter calls. Now that there was one hiccup, you want to tuck your tails and run. If you all want to leave, then leave.”

“Wait,” I interjected. “I don’t know what or who you guys believe in, but I believe in the one true God of heaven and earth. I think you guys did a wonderful job at diffusing the situation. The one situation that arose from three concerts where I held an alter call. Think of how many people came forward to receive Jesus as their Savior. You can’t put a price tag on that. I don’t want to be a rift between all of you, but I’m not going to stop offering people a chance to know Jesus. And I can’t quit the tour now.”

A few seconds of silence went by then one of the men confessed that he was brought up in the church and his mama would be awfully upset with him if he turned his back because of one confrontation. The others reluctantly agreed with what the man had said. When the argument was over, I went to my trailer where the kids and Melvin were waiting for me. After I got them tucked in and asleep, I began to quietly cry. I was able to keep it together out there, but the confrontation with Casey was unnerving. The way that Casey defended me to the others showed great love and commitment. Could he be falling in love with me already? Could I be falling in love with him? I’ve lost so much when it’s come to love that I was afraid that this was too fast. I didn’t want to end up losing again. When we woke up the next day it was Sunday. We wouldn’t make it to church, so I pulled out my bible and we had our own little worship service and sermon on the RV. “Mommy,” said Sophia.

“Why was everyone so upset last night when you guys finished singing?” she asked.

“What do you mean?” I asked in reply.

“I heard Melvin talking to one of the other security guards and they said that there was a fight about to happen,” she responded.

“Some people were upset that I asked if anyone wanted to accept Jesus as their Lord,” I answered. “But Casey and I talked to them and now everything is okay.”

“Really,” I answered. “We just had to remind them of what they believed, then they were okay.” I wasn’t happy that they heard about the fight, but at least they saw that their mother wasn’t going to back down from a fight when it came to what she believed in. And, JT saw that Casey was there to support and protect his mom.

Chloe James was living every teenage girls fantasy as the next big thing in country music. Taking a look back on her life, she reflects on the loves that she found, only to be ripped away. Never did she imagine that she would have to live through such horrific events such as rape, stalking and abduction. With only God to be the light in the dark times of her life, she chooses to use her platform in the music world to worship and lead others to know the one true living God.

J. L. Malone is the wife of a fire fighter and has two beautiful grown daughters. She has lived all over the world but currently residing in Texas. While God has always been part of her life, she hadn’t accepted Jesus as her Saviour until she was a young adult.