In the Mission Field 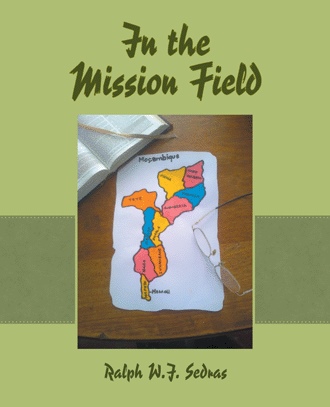 CHAPTER 27
FERNANDO AND ME
MONDAY 23 AUGUST

I got up at 6:00am. The air was a bit misty. We were expecting visitors from Maputo today. After my regular thing, I had breakfast and then quiet time with my DADDY. Oh! How HE loves me.

I started out early with the Jungle-Jim. Simáo and Ntombi did not have a good night’s rest as Rocha fell ill during the night. They were going to take him to hospital in the morning. Ntombi eventually went alone as Simáo had to wait for the visitors. Only two of them arrived. They were going to do some teaching that night and show the “JESUS” film the next night.

The children helped me carry the big ladder that I made while working on the church building, down to the big tree. We then went back to fetch the rest of the poles we found on the premises. We managed to use as many poles as was still needed. There were two poles left which I could place strategically as balancing bars.

I felt it was a good strong structure, sturdy and solid in spite of there not being any rocks around to support the main poles in the ground. Two of the boys wanted to help knock in the nails in the boards forming the walkway. The two boys, they have to learn at some stage of their lives, could not knock in the 50mm nails I was using because of the hardness of the poles cut from the trees in the area. It needed a strong sturdy arm and accurate hard hitting. I told them that it was alright when I saw the disappointment on their faces. They so much wanted to impress me. Domingos came down to help me for the last hour. He was a big help. Ntombi and Rocha came down from the house and was very impressed with what she saw. She left to get the supper going and Domingos and I finished up at 5:30pm.

When I came to the house Ntombi asked me to check and see how I can temporary set up the lights in the church. Fernando helped me to rig up the wiring and the plugs. When we switched on the main plug, the lights would not go on. Fernando, after I asked him if he had switched the plug on, his answer was “yes” with a grin. I opened and checked the wiring on the three plugs on the lead. There was nothing wrong with the wiring which was securely fixed.

I then went over to the bungalow where the lead was plugged in to see whether there were any loose wires. When we arrived at the bungalow as we entered the door, first me, I saw what I saw, and then he came in and saw what I saw. There was a table standing under the plug where different types of work were done. Now comes the realization, the plug was lying on the table and as he, Fernando said, the wall plug was switched on, but the plug on the lead was lying on the table, not plugged in.

Fernando looked at me with a big sheepish grin on his face. He knew I had wasted my time opening up the three plugs attached to the lead. I pressed the plug in the wall and switched the plug on and voila! The two globes were burning lighting up the whole church. Again he looked sheepishly at me while this beeeg grin came on his face. I could not help myself as I also started grinning and then we both started laughing.

We grabbed each other hugging and as we walked out we were still walking with each other’s arms around each other’s shoulder. There was such an understanding between myself and the three boys who helped me with the church that whoever made a mistake we would not hold it against that person.

Moments like these make for better understanding and having more tolerance towards one another. We are all human beings striving to do our best so that in the end we should all care about one another. Do not hurt each other’s feelings, do not look down on another person’s weaknesses, do not ridicule anybody, but show love and understanding as the dear LORD would show it towards you. Most of these children have no fatherly relationships with their father. Some of them do not even know their fathers. Be a father to the fatherless as GOD is a FATHER to all.

That Friday, I fixed broken doors, hinges, and any other small things I could find. In the meantime, it was being decided by all the parties involved that I would be returning with Pastor Peter on Saturday—I had no choice. I was disappointed, but what could I do? There were simply not enough finances.

The morning arrived quickly. We had packed the night before, and we were all on Simáo’s bakkie: Charlotte and their son Zachari-Paul who was on her lap next to Simáo. Peter, Asher, David and I were on the back. We were pointing out interesting sites, trees, or unusual objects along the road. We did not see any animals. Simáo had told us that animals were very scarce in the area as, during the war, all cattle and wild animals were caught and slaughtered for their meat.

As we were driving along we all became quiet and very solemn, each in our own world. David went to stand with Peter and Asher behind the cab. All of a sudden I saw the sky opening before my very eyes! The clouds parted, and the heavens were displayed before me in all of their splendor. I knew something big was going to happen. I then found myself asking God, “Lord, why the exercise?” The answer came immediately in a loud booming voice—almost like thunder, “It was your obedience that was required.”

Born and raised in the suburb of Salt River in Cape Town, South Africa, Ralph W.J. Sedras is married to Theresa and has a daughter and two sons. He is also the proud grandfather of two.

In the Mission Field is his first book.