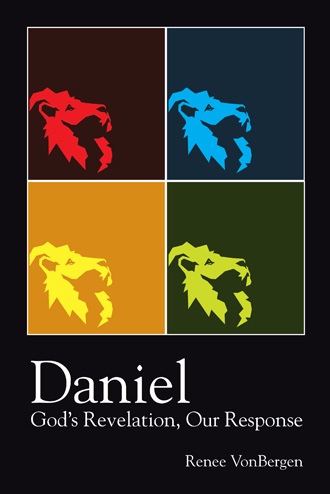 In the last chapter we saw that the Most High God is sovereign and able to do as He pleases. The fact that God is able means that He is powerful, and because He is an infinite God, we know that all of His attributes are infinite. God’s infinite power is what we refer to when we say God is “omnipotent.” No man or angelic being has the power to do whatever he wishes. God alone is omnipotent.

So it may be surprising to us to learn the omnipotent Most High God often chooses to use people as a means of revealing Himself. Dr. J. Dwight Pentecost reminds us of that sobering fact:

John 15, Galatians 5, and Ephesians 5 are part of this truth: God has revealed Himself to us for one primary purpose—to use us as instruments through which He will reveal Himself to others.

God puts us where He wants us and equips us to be vessels that reveal Himself to others, for His glory.

Then Isaiah said to Hezekiah, “Hear the word of the Lord of hosts, ‘Behold, the days are coming when all that is in your house and all that your fathers have laid up in store to this day will be carried to Babylon; nothing will be left,’ says the Lord. ‘And some of your sons who will issue from you, whom you will beget, will be taken away, and they will become officials in the palace of the king of Babylon.’”

Daniel was likely a noble or part of a royal family. He and his three friends were among those brought before the king of Babylon. Eventually, they would become officials in the palace.

Let’s take a look at Daniel from the king’s perspective. Based on Daniel 1:4, we know that:

• He had no defect

• He was good looking

Did Daniel just luck into being a physically attractive guy? Of course not. The Most High God had plans for Daniel even before he was born (see Psalm 139) and created his physical traits with that in mind.

For You formed my inward parts;

You wove me in my mother’s womb.

I will give thanks to You, for I am fearfully and wonderfully made;

Wonderful are Your works,

And my soul knows it very well.

We also know this about Daniel:

• He showed intelligence in every branch of wisdom

• He was endowed with understanding and discerning knowledge

The king ordered him to be trained in the rigorous academic teaching of the Babylonians. Just as Moses was trained in the advanced knowledge of the Egyptians in Pharaoh’s court, so Daniel and his three companions were trained in the knowledge of the Chaldeans, a name which usually refers to the elite privileged class of wise men in Babylon. “They were the experts of their day in astronomy, mathematics, natural history, agriculture, architecture, literature, and linguistics.” Daniel and his companions were chosen to get the very best secular education.

Was Daniel a self-made man? It might be easy for us to think so. After all, it took a great deal of studying and training to excel in the Babylonian program: As for every matter of wisdom and understanding about which the king consulted them [Daniel and his three friends], he found them ten times better than all the magicians and conjurers who were in all his realm. (Daniel 1:20)

But the Bible lets us in on this fact: God is a very active God, working in the lives of those who are called according to His purpose.

As for these four youths, God gave them knowledge and intelligence in every branch of literature and wisdom; Daniel even understood all kinds of visions and dreams. (Daniel 1:17, emphasis added)

We can be fooled into thinking that good things come to us as a result of our own hard work or our sheer genius. But God lets us in on the fact that He gave these things to Daniel, equipping him to reveal Himself to those where God had placed him.

God equips us to be vessels that reveal Him to others. From our formation in our mother’s womb, God makes us who we are and gives us the attributes and talents we need to do what He calls us to do. That calling results in different tactical outcomes among people, but the general calling of God’s people is always to reveal Him to others.

How was Daniel able to reveal God to others? He could do so because God had first revealed Himself to Daniel through the scrolls of the law and the prophets. This happened early in Daniel’s life, for Daniel was likely around 13 to 15 years old when he was taken to Babylon. Daniel, in fact, would continue to invest time in the pursuit of knowing God throughout the rest of his life (see Daniel 9:2). Daniel was a young and impressionable teenager. (“Impressionable” was exactly what the king wanted.) So how was he able to avoid the fate of the frog who, when placed in a beaker of tepid water in a laboratory, ends up boiled to death because he doesn’t notice the subtle but real changes in his environment? How was Daniel—brought to a nation who honored lots of gods, whose name was changed to one that honored one of those gods—able to handle himself in a way that honored the One True God? Daniel recognized God as the Most High and responded by living in a way that revealed his God to others.

Daniel properly responded to God’s revelation of Himself. Daniel’s first test of faithfulness in this alluringly wicked environment came almost immediately. Read the account in Daniel 1:3-16. How did Daniel respond?

Describe something in your life that seems trivial but if not met with resolve, could erode the effectiveness of your testimony for Jesus.

What does God reveal about Himself in the book of Daniel? How should we respond? Can we be like Daniel, whom an angel called “highly esteemed”? This topical Bible study guides you through the book of Daniel with commentary and worksheet questions. You’ll see how God is in sovereign control and how, even though we live in a self-willed world, we can follow the Most High with trust and confidence.

Daniel: God’s Revelation, Our Response can be used as a six-week small group study or for personal enrichment on your own. Includes an historical timeline and over 100 footnotes with references for additional study.

Renee VonBergen loves encouraging people to grow through personal Bible study. She holds certificates in Christian Apologetics from Biola University and in Dimensions of the Faith from Gordon-Conwell Theological Seminary. She lives with her husband in Silicon Valley, where she has worked in the software industry since the late 90s.