The Watch Series: Book One 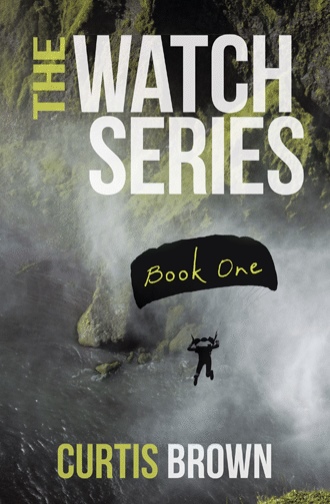 Around and around the levers tightened until the wires bit into the flesh. The victim screamed. They hooked the levers under and above the guard rail to keep them in place. Executioner number one started the drill with a saw-blade attachment. He had to search for the dotted line indicating the ankle joint. It was hidden under wire and dirt. He started to bring the hardware closer to the leg. The victim screamed the bluest blue language. He yelled, cried, cursed and choked. They had trouble restraining him. The executioner with the drill stopped.

Everything stopped except the screaming. It was impossible to hear anything above the screaming. The drill started up again and came excruciatingly close to flesh and bone, sending another line of curses and screams up to the executioner’s ear and rattling his brain. The screaming never abated. Everyone was screaming. The two lever operators were losing their footing. Executioner number one stuck a finger in his ear.

He threw the drill into the gorge. The lead pipe was working free from the rail. It spun quickly 720 degrees, launched from its wire cradle and took out executioner number two. Executioner number three had just enough time for his lower jaw to drop as he watched his colleague slip down the gorge before he was clubbed on top of his head by his lever. He tried to grab something to save himself, but was only successful in tugging at the trousers of the victim. The last pieces of materials in his hands were pants, belt and the elastic strap from jockey shorts before giving way, sending the victim over the side to land on a ledge. Executioner number one was thoroughly convinced the buzzing in his ears meant his capture was imminent.

In an inspired vision of the near future, the current of change in the world accelerates. The Watch Series: Book One mirrors the political conflicts and imminent environmental dangers of our time. Fracking is big business, but while we worry about the fault lines beneath our feet, powers in the East see them as an opportunity waiting to happen. With the fate of the American West Coast at stake, three brothers grow from boys to men, each with his unique expertise and with a shared power that draws them into a brush with fairies and a squad of commandos. The Watch Series promises to blast the genre of religious action-adventure onto the front lines of contemporary fiction.

A couple of generations ago, an old friend grew tired of my face. She said get out. I hit the road. Thus, the beginning of a great story.