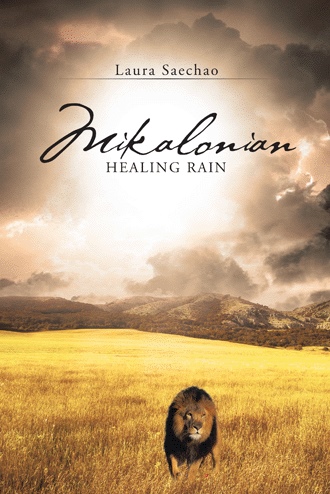 Nate was consumed with the nightmare he was having. Frightened to death, he tossed and turned with horror. “Get me out of here,” yelling at the top of his lungs. But no one could hear him or see him. Nate covered his ears with his hands as Jesus screamed with the pain and agony as the flagrum as the spikes ripped into his flesh, tearing the flesh off his back. Nate heard the sounds of the lashes whipped against Jesus’ back. Just when another solider counted, “thirty six… thirty seven… thirty eight… thirty nine.” “Stop,” one solider yelled in Aramaic.

Later, Nate was at the base of Jesus’ cross, watching as the Roman soldiers nailing his hands to a tree, as Nate watched on with horror and fear, trying to cover his eyes,

“Oh God please I don’t want to watch any more of this, while on his knee’s pounding the ground with his fist.”

The Roman soldiers hammered the nails, pounding with every force and strength, through his hands and feet, Jesus’ let out a loud scream from the pain and agony of the cold metal thrusting and cutting through his flesh as the blood gust with a strong force.

Jesus lay there breathing deeply waiting for this cup to pass from him, but he knew he was sent to die for the sins of the world; he paid a price he did not owe. He took our sins and infirmity’s upon himself and bought back our freedom.

He was the lamb that was slain, the perfect and spotless Lamb of God.

Slowly as the soldiers lifted the cross to an upright position, the blood he shed for us, gushed down as Jesus hung there almost lifeless, and in agony, breathing with his last breath, waiting to die, waiting in much pain and torment.

Jesus hung between two thieves. “You call yourself the messiah, save your self,” one says.

“Yeshua remember me,” the other says.

Jesus turns and looks to him and declares, “Today you will be with me in paradise.”

Jesus looks up to the heaven and shouts: אבא,

“Father, why hast thou forsaken me?”

“Father forgive them for they know not what they do.”

Nathan Carrington, a young man of nineteen, living in Houma, Louisiana, soon embarks on a journey to Africa after his mother, Lea Carrington, tells him that his older brother, Bo Carrington, a long time archeologist, invites him on an expedition. Nathan soon finds out that things begin to transform into something that he couldn’t have expected, as a spiritual encounter with the God he never knew changes his life forever.

Troubled by her past, Lea confronts her witch-like mother while Nathan is away in Africa. Her only hope is to finally bring her mother to Christ before she dies. Little did she know, love would soon find her back home.

A man she vowed never to fall for, a man she could not bring herself to love in a town paralyzed by secrets.

Now they were about to experience the Healing Rain.

Focused on her bold approach to telling the Gospel of Jesus Christ, Laura Saechao is WOG and a loving and devoted wife. As proud mother of three boys, she is also an entrepreneur in the media industry, building her Production Company to what it is today.