A Personal Memoir of My Journey with God 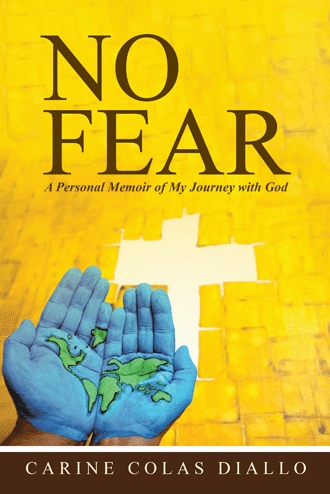 Both of my parents were tough disciplinarians, but my father was certainly the tougher of the two. He always had his hard exterior shell on, while my mother used softer and more compassionate words to show us that she loved us. At times, my father used harsh words and appeared negative. In my opinion, he really wasn’t taught how to express his love in the “American way”; instead, he chose to express his love for his children in the ways that he had learned as a child—by doing things for us. From his own experiences with extreme poverty and his sheer determination to excel at his academics, my father demanded that we follow in his footsteps. He wanted us to excel at school. At a very early age, he made me sit at the kitchen table to complete my homework. Studying in my bedroom was not an option, and I never challenged him on his decision. One day, he told me to go into his briefcase for something, and inside, there were copies of newspaper articles related to my math achievements safely tucked away in a pouch. He was proud of me, and he had tangible proof of my achievements that he carried with him on a daily basis. I had no problem with him and his approach because I often strategized and found ways to sway his decisions. I often ignored his rants and rarely did anything to get into trouble. I had learned many difficult lessons as a child, and I purposely avoided trouble. I studied hard at school not only to appease him but also to uplift myself and to prepare for my future. I was a diplomat in the making. However, my younger sister was incapable of seeing through the pain that he had experienced as a child, and she could no longer accept his method of raising us. As I entered my younger sister’s room, I saw her packing her bags, and I asked her where she was going. She appeared calculating and despondent. She said that she was leaving and could no longer live under our father’s control. I couldn’t imagine where she could go. I didn’t have many close friends living in the area, and I concluded that she didn’t either. But she had gotten tired of Papie’s military style of parenting, and she wanted out.

It was already dark, and I was afraid for her. I did not want her to be alone on the streets, so I decided to leave with her, and we left our youngest sister behind in tears while my parents were in their bedroom. We were officially running away from home. We were able to get about four blocks from home, when we saw our parents driving up the block looking for us. They were obviously livid, and we were afraid. We quickly jumped in a nearby bush with our bags. There was no turning back, so I followed my sister because it appeared as if she had a plan and knew where she was headed. We ended up at a woman’s house. She was someone whom my sister must have known well. I did not know her at all; it was my first time seeing her. I felt uncomfortable being there. I did not want to remain there because there were several people coming in and out of the house—people who didn’t seem to belong there. The woman called the Department of Social Services, and an official later came to pick us up. At that point, I knew that the small act of our uncalculated disappearance had evolved into something big and something we could never take back. I sincerely and deeply regretted leaving with my sister.

The following day, when an official from the Department of Social Services contacted my parents by telephone, my father was crying. This was the second time that I had heard or seen him cry. The first time was when we’d first arrived in Nigeria, and the authorities had not had a home available for us. Papie had probably feared that we would end up homeless in Nigeria, but after heated discussions with the officials, he had successfully negotiated a place of residence.

During the phone call with the official, Papie begged and pleaded for my sister to come back home, but she refused. She was totally adamant and refused to budge. As I sat there watching her speak to Papie, it occurred to me that she had this plan well thought out and knew exactly where she wanted to end up living. She also mistakenly believed that I would continue to follow her as she became more entangled in her mess. It was my turn next. Papie was still crying and asking me to come back home. I agreed and immediately returned to Brentwood. I had no regrets when I left my sister behind. She ended up living with relatives in New York for a while but returned home to Brentwood years later.

Our relationship has been sour from that point to this very day because she may have felt that I betrayed her back then. I worked hard to secure my own future and did not allow that event to change who I was or to completely alter my destiny. I am who I am today because of God’s grace and favor upon me and because of my parents’ fears, expectations, hopes, and dreams, which resulted from their own experiences. If I could choose to change certain decisions or approaches that my father took in raising us, there are a few that I would, of course, like to change. However, I can’t; I do not hold that power. The only power I hold is to stick to my decision to be the best I can be and to prevent any obstacles from crushing my hopes and dreams. I moved on, matured, and pursued God’s plan for my life. 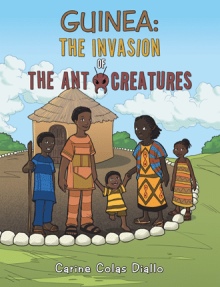 Guinea: The Invasion of the Ant Creatures
Carine Colas Diallo
$12.45 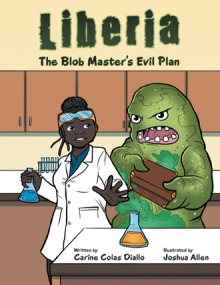 No Fear is about my decision to relinquish my total being to God when I was young. An inner voice—God’s voice—had become a permanent part of me, speaking to me and advising me in times of trouble and danger.

My father was born in Haiti and could not provide any religious support to me and my siblings. However, my mother, who is also Haitian, a Christian, and an advocate of prayer, pushed and encouraged me to grow closer to God through prayer.

While I was a high school student almost thirty years ago, thank God my inner voice—God’s voice—spoke loudly and clearly to my conscious being. As I was heading into the girls’ locker room to change for tennis practice, all of a sudden, I heard my inner voice command me to leave the school building. At the entrance, I encountered a teenage boy standing there, who violently grabbed my arm and was trying to pull down his pants with his other hand. I kicked him hard in his groin, which forced him to the ground. I was free.

Years later, when I was a Peace Corps volunteer working in Guinea, West Africa, the government compound where I was living was attacked by an angry mob seeking revenge on a political figure whom they believed was corrupt. The night before, my inner voice—God’s voice—instructed me to pack a small bag. I escaped unharmed.

Carine Colas Diallo earned a master’s in international relations and diplomacy in 1990 and was awarded the United Nations Rene Cassin Award. She worked in Africa and Haiti, managing development projects. She is a proud tennis mom. Carine and her husband, Ben, have two children and live in Florida.