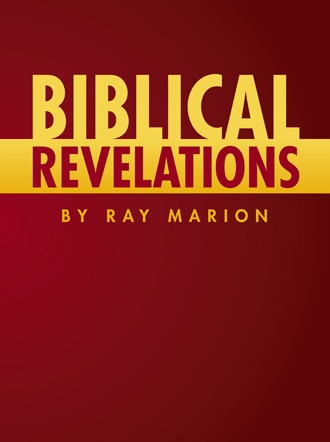 What is part of Mystery Babylon in the Book of Revelation? In the Babylonian religion, when a person died, their soul was weighed in a balance, if it was more good than bad, it got eternal life. The Pope and Cardinals and Roman Catholic clergy teach that if you’re more good than bad, you get eternal life which is Babylon’s message. Dr.Scott taught that the 7 churches in Revelation appear in sequence historically. Historically means you have to go outside the Bible to understand the prophecies. Dr.Scott taught on 5 of the 7 churches. All he said about Thyatira was that it was the church of the dark ages. Jezebel was the leader of the false church in the old testament. Jezebel in the Thyatira letter is a parable of the bishop of Rome. Thyatira started when the bishop of Rome took the title Pontificus Maximus from the last Caesar. According the website: amazingdiscoveries.org/S-deception_Pontifex_Maximus_Babylon, Damascus, bishop of Rome took this title in 431 A.D. Jesus promised Thyatira death. The mother of harlots in Revelation is Mystery Babylon and is the false church and is the Roman Catholic Church. In Revelation, the city that rules over the kings of the earth is Vatican City headed by the bishop Rome also known as the Pope. The Pontificus Maximus in the Roman Empire was the leader of the mystery religion of the Roman Empire.

Ray Marion teaches about the types and shadows of the Old Testament, like Paul did. Ray Marion interprets scripture with a straightforward, honest method. The book is intended for saints that are serious about their calling. Ray Marion followed Dr. Gene Scott from 1988–2005 and was exposed to over fifty thousand hours of Dr. Scott's teaching. He knows what the man taught.

Ray Marion faithfully followed Dr. Gene Scott. He is a lifetime student of Greek. He used to own a grocery store that had a butcher shop and post office, for which he had two partners. He has a diploma as a hearing aid practitioner from Grant MacEwan Community College.