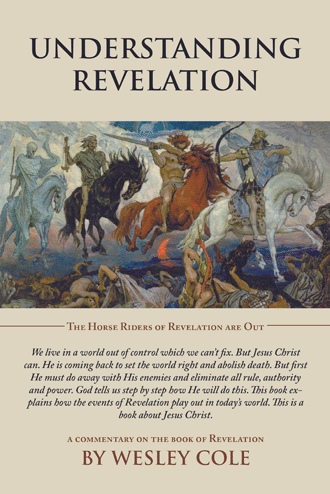 It became known that I, the constant companion and encourager of these two men, was their pastor and also an encourager of Christianity. It was ordered that I be remanded to the court until the authorities determined how the law—“No Christian brought to trial may be dismissed without being punished”—should be applied to me. One of the magistrates, no doubt seeking to enhance his career, wrote to Rome to say that I was in their custody. Forty days later, they sent me, in irons, to Rome.

In Rome, I was placed in a cell, where I stayed for six days before being summoned before the tribunal. First, guards took me to a pool where I was allowed to wash. Then they ushered me into the tribunal, where court was in session. I was seated with other men who had been accused of various crimes. Three judges sat behind a bench. As each accused man was called forward, his wrongdoing was stated, and he had an opportunity to give a defense. Then the three judges would confer, and a judgment was rendered.

My turn came. I stood in the center of the room, facing the judicial magistrates. When they asked me to state my business in Ephesus, I replied, “It is a privilege to help people know my Savior Jesus Christ.”

What an opening! I had an opportunity to tell them that on several occasions, I had personally seen Jesus Christ Himself, after He had been crucified. I told them I had gone to the tomb and found it empty except for the grave clothes just as they had been wrapped around His body. “Jesus appeared not only to me but to all of the disciples and to hundreds of others as well,” I told them. “I ate with Him and saw the marks on His hands and feet from the crucifixion. Christ’s rising from the dead is something that He taught us would happen, even before He was crucified. He ascended into heaven and promised to come again. Christ promised that all who trusted in Him will one day rise up out of the ground, get new bodies, and never die again.”

At that, the chief magistrate stood and ordered me to be silent. I remember his next words. “Do you, John, son of Zebedee and called John the apostle, denounce Jesus Christ as a charlatan and proclaim your first and highest allegiance to the emperor?”

With great pleasure, I answered, “Jesus is my Lord and Master. He has my total allegiance and my love and all that I have.”

The chief magistrate looked at the other two magistrates and then turning to me said, “It is the order of this court that on the day after tomorrow, you will be placed in a vat of boiling oil and cooked for three hours.” He paused, smiling, and then continued. “Or until you are dead, whichever comes first.” There was laughter in the court.

I was in jail because of the ruling of the Roman magistrates, but I was also in jail because of Jesus Christ. When I think of Jesus, my heart just swells up within me. What a God! What a man! He left all the glory and magnificence of heaven. He emptied Himself of His power and might and authority and even His ability to have life in Himself. He was a God who gave up all this to become a man. This is the man I knew, and what a man He was. He was a perfect picture of love and caring for others. He loved people so much, individually, that He would do anything it took to help them. In fact, He loved so much that His main mission on this earth was to offer His life as a ransom for the lives that were sold into the slavery of sin. He did that, and He did it for me. I’m in jail now because of Jesus Christ, but that’s okay with me. Tomorrow, I’ll be boiled in oil, and that’s okay too. Nothing can repay the debt I owe to Jesus.

In two more weeks, I would have been seventy-nine years old. I’m the very last of the original twelve disciples. Each one of us, except for Judas and me, has died at the hands of those who have hated Jesus Christ.

Andrew was crucified in Asia for preaching about Christ. What a mild-mannered, easygoing man he was—quiet and considerate. Everyone liked him. Andrew’s brother, Peter, was in the fishing business with my father, my brother James, and me. Andrew, though not part of the business, would sometimes help us out. I really liked Andrew. It’s hard to understand why someone would kill such a quiet, likable guy. But Jesus did tell us that if they persecuted Him, they would persecute us.

Peter—what a character. He was blunt, bold, and outspoken. If Peter was on your side in an argument or a contest, you knew you had a solid ally who would not give up. He taught me to fish and to sail a boat. They whipped Peter with pieces of metal tied into the whip, and then they crucified him. Do you know that Peter said he wasn’t worthy to be crucified like his Lord Jesus and requested that he be crucified upside down. They obliged him. Before his beating and crucifixion, Peter was in prison for nine months, and during that time, almost fifty people trusted Christ as their Savior, including two captains of his guard. That Peter—he never stopped

As boys, my brother James and I were always fighting with each other. He was older than me, so he always won. Before we met Christ, James had the hottest temper going. He could get so riled up that just the smallest thing could set him off. After we met Jesus, James began to change, and the change in him never stopped. My brother and I were a lot alike. I was thirty-two years old when James was beheaded; James was thirty-six. He had learned from Jesus to forgive and love his enemies. He did this, even forgiving and loving the man who turned him over to the authorities.

Since James was killed, I’ve wondered how I would react, knowing my life on this earth was soon to end. I can look forward to being in heaven, but still I wonder, how much pain is involved? How much will it hurt? James had it easy from that viewpoint. Bam! The ax comes down, and you’re in heaven. Poor Andrew! It took two days of hanging on a cross for him to die. And Peter—whipped with a metal-studded whip and then crucified upside down. Could I endure all that pain? Would I cry out for mercy? I’ve been afraid that when my time comes, I will be overcome with fear. Yet tomorrow’s the day I’ll be boiled in oil, and I’m not afraid. I have complete peace. My Lord Jesus, the Christ, loves me, and my life is in His hands. Why should I fear?

I wondered about Peter and Phillip—they’d both thought I would live until Jesus returned, but now they probably knew I was waiting to join them tomorrow.

Phillip was another disciple who was crucified. Imagine hanging on a cross. You can’t move, you’re in a lot of pain, and then people throw stones at you. That’s what happened to Phillip. What had Phillip done to deserve that? He just preached the message of salvation to them.

When I heard them coming, I stood up and brushed off my robe. I was ready. “Please, Lord, don’t let me end my life in dishonor to You.”

I was not afraid, and I had great peace. They tied my hands and then escorted me down the halls and through another building to a courtyard, where there were probably forty spectators and a large cauldron of oil suspended over a fire. A chair was rigged above it so it could be lowered into the cauldron. Bubbles worked their way up through the oil. Two men pulled down the hanging chair, level with the floor. They put me in the chair, securely tied me, and then lifted me over the vat. The smell of the oil had been strong in the courtyard but was much stronger from my new position. They slowly lowered my chair into the vat.

This is a book about life and death, conflict and war, courage and faith, heaven and hell.

God’s purpose in having the book of Revelation written was because God wanted the servants of Jesus Christ to understand what is going to take place. He tells us when these things begin they will take place quickly. God so desires us to have this information that He promises to bless all those who will read and heed the book of Revelation.

This book foretells of an apostasy and how the restrainer of lawlessness is removed. How the city of Babylon rises to prominence. What transpires to bring about the demise of Hamas, Hesbollah, the Palestinian resistance and Israel’s takeover of Jordan. It tells about a prosperous Israel at peace until invaded by a coalition of countries. It reveals how the antichrist comes to power and how he influences the world. It tells us about two of God’s witnesses who are killed and then come back to life. It tells us how God will rescue the Jews from Satan’s plan to annihilate them. It tells us what will happen before and after the rapture.

This book has over 60 events in chronological order that must take place before Jesus institutes a new government and begins His reign as King of kings for a thousand years.

This is a book about Jesus Christ. In it He tells us what He likes and dislikes about the churches. He tells us about rewards He has for us and what must be overcome to insure we have eternal life. But most of the book deals with coming events that must take place before He returns.

WESLEY COLE was a deep sea diver for fourteen years than in 1983 he started an equipment rental business from which he retired in 2009. He is married, has two children and four grandchildren. He is a member of a local church and has been studying and teaching the Bible for over thirty years.