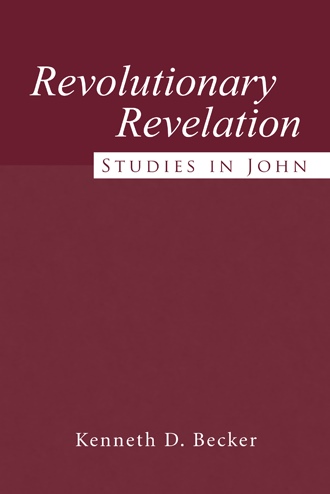 Caution! You are about to pick up the Bible book called The Gospel of John. Warning: Revolution inside. Revolution? Yep. It will bring changes. Right now people are content with the status quo and neither see any need for change nor desire one. That is the problem John addresses. The Holy Spirit knew that not enough teaching about Christ had existed for an entire generation through the earlier gospel writers, Matthew, Mark, and Luke. Thus God presented through His aged servant John a number of new revelations concerning Himself and His will and ways for humanity. These new revelations have become bywords to the Christian familiar with the Scripture, but to the world at large they are still unknown. For instance, John introduces us to the name of Jesus before He became a human (1:1), the knowledge and scope of grace (1:16-17), the fact that God loves the world, not just special people (3:16), availability of eternal life for all (3:16 and throughout), the New Birth (Ch. 3), and others. Those new revelations are so dynamic that they change lives. A new order will commence; a new golden age will begin. So Caution! If you want to protect your status quo, put on your helmet and goggles along with protective clothing and harden your heart and hearing. This gospel is the enemy of the status quo.

Revolutionary Revelation is born out of a passion for God’s Word and the gospel of John. The author sensed that people were getting nothing or sterile facts from their Bible teaching and reading. He desires to infuse a sense of appreciation for and obedience to this time-tested gospel, one of the highlight books in the Bible. Those uninitiated to Bible reading can find pleasurable meaning, and the well-read can discover new insights.

Kenneth D. Becker is a retired pastor, missionary, and teacher with sixty years of preaching experience. A graduate of Bob Jones University, BA and MA, Becker’s ministry has covered bases throughout the United States and on some twenty foreign fields. He is presently editor for The Common Bible, Inc., producer of The Majority English Bible translation.