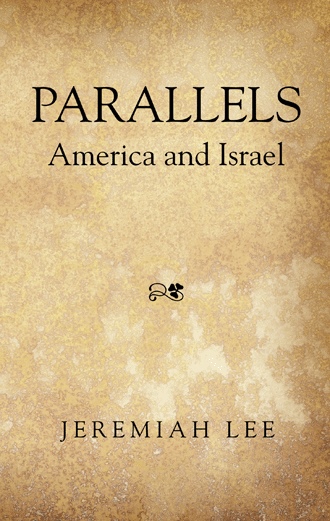 Introduction
“Now then, stand here, because I am going to confront you with evidence before the LORD as to all the righteous acts performed by the LORD for you and your ancestors.” – 1 Samuel 12:7

The title of this book may seem very simple at first, but there is truly a much deeper meaning. Parallels can be seen in many different spheres, yet most times we are too busy and distracted to take notice of them. It is often said that ‘history repeats itself’. This is true, and although good repeats itself, it seems that the bad is more apt to do so than the former. It is also quoted that ‘those who do not know their history are bound to repeat it’. This also is true and has proven itself true throughout the ages. Those who ignore the past and have not the slightest care of what has transpired before their birth fail to recognize that they themselves are re-enactors. For history is much more than a scholastic requirement to get a passing grade on, it is a story; a story not written by the hand of man, but by the hand God. It is “His-Story”. It is His manuscript. It is His Divine Plan. Now, it is understood that many (maybe even the reader) do not accept this. To them, history is just a series of events and “coincidental” happenings. But that is the equivalent of claiming that a great play or a memorable movie simply involved actors and actresses and nothing more; no plot, no script, no lines, with neither writer nor director. Would that make sense? What is asked of the reader is that they take a closer, deeper look into the events of the past. The stories which will be found throughout the pages of this book concern the history of two unique nations: the United States of America and the nation of ancient Israel. More than any other countries, America and Israel have impacted the world in a way which can only point to a Divine Hand. Their origins, forefathers, and events not only stand out amongst the nations of the world, but parallel. One may ask, ‘How could Israel be paralleled to the United States?’ or ‘What’s the purpose of comparing Israel with America?’ Well, it is the writer’s intention to answer these questions throughout this written work, but more than that, it is also the writer’s intention to call a confused nation back to their “first love”.
This book is written to America. It is especially written and directed to the Northeast, the Great Lakes States, and the states of the Pacific Coast. It is desired that all America sees and understands the pages of this book, but it is even a greater desire that these specific regions would see it. For this reason the writer begins America’s story with the Pilgrim’s journey from Europe to the shores of the New World rather than with the Jamestown colony (Although both northern and southern colonies had similar beginnings). As the reader will see, this book is not an exhaustive study of American and Israeli history, but a story that covers the major events of America and Israel’s past which helped to shape them into the nations they became.
This work tells two stories at the same time, and requires that the reader pay careful attention. The form of this book differs from what the reader might be accustomed to, but it is not difficult to comprehend. It is recommended to the reader however, that they read the work multiple times, so as to fully grasp the entire meaning. It has been attempted to make the themes and text as clear and easy to grasp as possible. The structure is as follows: a portion of America’s story is told and is under the heading of America. Next, a portion of Israel’s story is written and appears under the heading of Israel. After several portions of text which give the stories of both nations, there comes a section titled The Parallel. In The Parallel section is to be found the explanation of the similarities given in the America and Israel sections, which helps to give the reader a more complete understanding of the parallels while clarifying anything which might seem confusing.

No one can deny it: America is unique among the nations of the earth. Standing as a light in a darkened world, America has indeed inscribed an indelible mark in history. But another nation has also stood out uniquely as well--that nation being Israel. From its origin to its restoration, Israel, too, has impacted the world in ways that defy human reason.

Some may try to explain things away and relegate America and Israel to products of “chance” and “coincidence.” But common sense would tell us otherwise, for there is truly something deeper, much deeper. The answer is not far away in some distant land or buried below tons of sand and rock. The answer is very near us. It is contained within a book which is seldom read these days. The answer to the uniqueness of both nations is found in the sacred volume known as the Holy Bible. Within its divinely inspired pages is the history of the nation of Israel, but there is also another history told there, the history of a nation well known today: America.

Is it word for word? No. But the themes and events presented quite parallel one another in a startling way. Both Israel and America’s past, present, and future can be found in the Scripture, and it is the future part which concerns most of us. For how it all began is how it will begin again.

The author is a Christian and an American who loves his country deeply and is greatly compelled to cry out to it--so that it may turn from its wicked ways. Therefore, the intent is not for the author to be known but only his words.