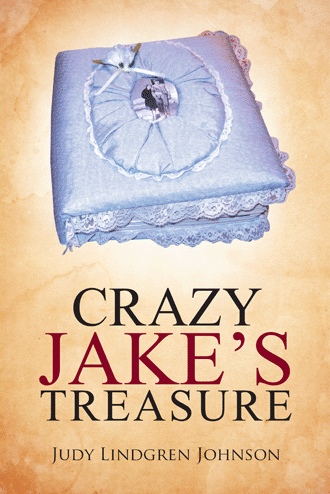 “Sir,” she called out to him. “Sir, wait a minute. Did you say you had property for sale? I think I know someone that might be interested.”

He spun on his heels and turned toward her. “Really?” he inquired with a look of doubt on his face. “And who would that be?”

“Well, actually me,” Jeanie said with a little apprehension and not nearly the boldness she wanted to portray.

“And what would you be interested in the property for?” he asked with a little apprehension himself. He didn’t believe at this time he was going to unload this property on anyone.

“Well, if it’s a house, then I guess to live in.” she said with just a tad more boldness and assurance that she knew what a house was for!

“Apparently you didn’t get in on the first of the conversation. My uncle was somewhat of a hoarder. It would probably take more work to fix up than it is worth and I figured whoever bought the property would burn it down and use the lot to rebuild.”

“Not everyone might have the same opinion of what is worth fixing up. What property is this?” Jeanie questioned not thinking of any property in town it could possibly be.

“It is the Jacob Henderson place, you know down on 2nd and Cedar Street next to Prairie Creek on the edge of town. Have you heard of it?” he questioned.

Jeanie’s heart sank. “Oh, no. It’s Crazy Jake’s place,” she thought to herself. Who didn’t know that place? If you had children within the last 20 years they had to have gotten in trouble at least once by trying to sneak a peek at that property. She had heard so many rumors about why Jake was so crazy and why he might be trying to hide from society or what he might have hidden on his property. She didn’t think anyone knew the true story. It was the last house on that really short street on the southeast edge of town. It was cut short because Prairie Creek snaked in and around making it impossible to finish the street through. Kids playing in the creek tried to get a good view of Crazy Jake’s but it was almost completely obscured by the tree cover.

After a second of trying to compose herself from the shock she found her voice to reply in what she hoped came out in a calm and matter of fact manner.

“Yes,” she replied, “I do believe I know what property you are talking about.”

“Then you probably know you don’t want to buy it. Seems there is a stigma with this place. I get the same reaction from everyone I talk to here.” He was shifting around maybe out of impatience but maybe a little embarrassment about his family legacy.

“That’s where you are wrong. I am still interested in it.” She couldn’t believe the words were coming out of her own mouth. What was she thinking? “I would need to look at it first though.”

“Are you available now? I have got to get this started”. He still looked like he didn’t have a chance of believing she was serious.

“Guess we never got to the point of introducing ourselves yet. I am Jean Thompson. And you are?” Jeanie reached over to shake his hand.

The man reached back and took a hold of her hand in a firm handshake. “I am James Henderson. My father is Wilbur Henderson, the brother of the late Jacob Henderson. Did you want to just follow me in your car?”

“Sounds like a plan to me. I really need to be to work at 10:30, so that should give me plenty of time to look around and make up my mind what I would like to do.”

Jeanie stepped back and crawled into her own car. She started the engine and pulled out of the station following the luxury rental ahead of her. She knew the location they were looking for was on almost the complete opposite end of town. It would take several minutes if the traffic was heavy due to commuters and school buses. This would give her plenty of time to contemplate what she was about to do. She never woke up this morning thinking she might be buying a house today. She had to think this through thoroughly. If she spent her savings on a purchase that didn’t end up worth even what she paid for it, she would be in bad financial shape. However, if she wasn’t willing to risk it, there may never be another chance to own her own house. What a dilemma! Well, she couldn’t make the decision until she saw the place. She would use the remaining time praying and asking God’s guidance in this decision.

“Am I out of my mind?” Jeanie thought to herself. “I’m on my way to Crazy Jake's place!”

• Imagine you wanted a house more than anything in the world.

• Imagine that the only one you could afford belonged to Crazy Jake, the hoarder.

• Imagine getting to keep anything you found on the property.

• Imagine how that would affect your relationships or start a new one.

• Imagine if your whole world and hope for the future is completely changed.

Although Judy’s degree was in accounting; Literature, English Composition, and Speech classes were her delight.  Her only publicly acknowledged writings have been a dedication page for a town centennial and skits for her church.   Judy has 3 children, several grandchildren, lives in Creston, Iowa and is a school superintendent secretary.