Ushering in This Coming Move of God through Praise and Worship 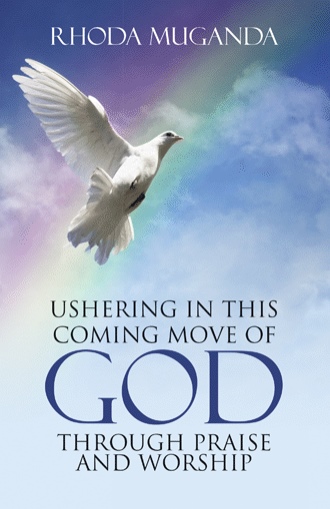 In most Charismatic Churches today, many people know about the importance of the Word. We've been taught to read, meditate, confess and stay in the Word in order to see our lives transformed. The Word is everywhere, on 24 hr christian networks, the internet, mailings, the radio. Additionally, you have teaching tapes, CD's and all kind of other electronic gadgets that can deliver the Word 24-7. This is wonderful and necessary, however, there is an element to our christian walk which is still lacking.

Even with all the teaching we've had, It seems that many Churches are dry and lack the power of God. We rarely experience services where the presence of God is tangible during praise and worship. And certainly, miracles seem to be a rare occurrence in most Churches. So we have settled for man made substitutions of hyped up songs, entertainment and contrived manifestations.

Most Churches have a predictable format for praise and worship. Usually you have 45 minutes allocated to singing one song after another. Rarely do you even see the gifts of the spirit operating. If we sing in the spirit, it's typically used to close the worship time.

Yet Paul commanded that when we get together, everyone should be contributing to the building up of the Church. 1 cor 14:26 says, “ What then brothers? When you come together, each one has a hymn, a revelation, a tongue, or an interpretation. Let all things be done for building up.”

The result is that our services lack spontaneity. The Holy Spirit is rarely given room to operate. Sure, we sing and proclaim, “Welcome Holy Spirit.” When He comes, we promptly shut Him out by rushing on to keep up with our agenda. The Holy Spirit is a gentleman. He will not come where He is not invited. He certainly will never force Himself into a service. Jesus said that greater works shall ye do because I go to the Father. Yet most of the time, we can't even see a headache healed.

Do we really understand what the spiritual state of the Church is today?

Are we able to take inventory and see that we are desperately lacking in power and miracles? Like Samson, the Lord has left us, and we don't know it. Judges 16:20. The grim reality is that there is an obvious lack of power in our Churches today. All the man made attempts to make up for this, has not worked thus far. Neither will they ever work in the future. The standard to which we should be aspiring to is the Church in the book of Acts, where miracles were a daily occurrence.

From One Extreme to the Other.

On the other hand, you have Churches that have what seems to be a move of God, but are really just manifestations of the flesh. Unfortunately, when people are hungry for the supernatural and have not seen the real move of God, it leaves them vulnerable and open to settle for any number of things.

Namely substitutions and works of the flesh which appear to be Spirit led but are not. Because they do not know how to discern the real from the fake, they can be easily deceived or manipulated into accepting counterfeits.

We recall the children of Israel with the golden calf. Even after all the incredible miracles which God performed for them in bringing them out of Egypt, they were still full of rebellion and unbelief. It's absurd to think that they would then say, Neh 9:18, “Even when they cast for themselves an image of a calf and said, 'This is your God, who brought you up out of Egypt.'”

So you witness some Churches employing emotionalism and other gimmicks and passing it off as the anointing. Not that they are doing it on purpose or necessarilly trying to be cunning. What they are attempting is to manufacture in the flesh a substitute for what they lack spiritually.

In Exodus ch 32, Aaron fashioned a golden calf and then declared, “These are your gods, o Israel, who brought you out of Egypt.” Why would Aaron give in to the pressure from the people, when he knew that it was God who brought them out? It's simply because he wanted to pacify the people. More over, the people themselves should have known that it was God who brought them out. God called them a rebellious and stiff necked people. Rather than waiting on God, they chose a quick and easy way to reassure themselves by using the calf as a substitute.

The flesh typically, wants to follow the path of least resistance. Moses was gone and the people claimed they didn't know wether he was coming back or not. Aaron gave into the pressure and made the golden calf so he could pacify the people and cater to their flesh. This so angered the Lord that He killed most of the people.

Whenever we erect substitutes for the power of God, we are putting ourselves in a dangerous position. We are leaving ourselves open to all types of catastrophes. Failure in our marriages, financial lack, physical health, broken relationships and lack of peace. Moreover these substitutes keep us from seeking the real power of God.

We have settled for substitutes because many of us don't really know or have ever experienced the real power of God. Some of us are not even aware of a need for something more. While others, just lack depth for spiritual things. We've grown comfortable in our shallowness. God will have to reteach us how to hunger and thirst for Him. If you've never tasted the depth of God's Spirit, it's hard to know what you are missing.

There are others that are yearning for more, but, are not quite sure on how or where to get it. Often even when the Spirit starts to move, it's more or less hit and miss. We can't seem to find the formula to consistently attract the presence of God so that He abides with us. Even when the anointing is present, we manage to dissipate it by not knowing how to properly respond to it.

At times it is out of pride or lack of humility that we make our own plans. For some worship leaders, it might be confidence in their musical ability, or maybe their charisma and ability to influence people. They start relying on themselves and the gift, instead of depending on God. Many churches today just rely on entertainment and skilled musicians as a substitute for the lack of power.

We were created to worship and live in the presence of God. Worship is meant to be the conduit to carry us into the very throne room of God.

Unfortunately, many churches have settled for entertainment, gimmicks, and manipulation as a substitute for the lack of power or the anointing.

This book provides a fresh insight on how we can incorporate two elements in our worship services, in order to have Holy Spirit-led worship. Discover how you can take your worship services to a higher and a deeper level. Consistently experience God's presence by effectively incorporating these two elements in your worship services. This book can encourage worship leaders on how to invite Holy Spirit-led worship in their services. It is also for worshippers everywhere whose soul is yearning to go deeper into worship and achieve true intimacy with the Father.

Rhoda was an elementary-school teacher for over twenty years. In 2012, she felt an urgency to fulfill God's call on her life. She is founder and president of Kabowd Intergenerational Worship Ministries, an end-time ministry committed to bringing generations together in order to learn how to worship the Lord in Spirit and in truth, as described in John 4:23–24. Although she has lived all over the US and abroad, she now resides in Tulsa, Oklahoma.