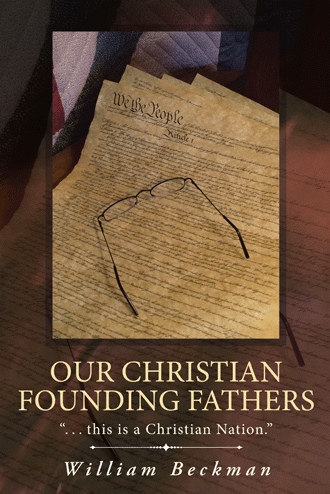 There is only one reason for this “compilation”. It’s you and your family.

Do you know the full role our Founding Fathers played in forming the colonies into what became the United States of America? Do you realize what they gave up to create it? One thing is certain. If you are reading this compilation, it appears you have a desire to know them and understand why they did it.

To many, the Founding Fathers were a group of only three or four men, who had a vision. As we study and learn the history of our country, several things become apparent:

Actually, there were over 250 dedicated individuals who held a vision of liberty among the general population of 3,929,214. This vision came from the group of one third of the population wanting freedom, freedom in many forms (Data from www.infoplease.com/ipa/A0004986.html);

Freedom from the oppressive dictates of Britain and its ruler King George,

Freedom to practice the form of Christianity they chose, not the church chosen by the crown,

Freedom to conduct their affairs according to their individual and corporate beliefs, and

Freedom of association without suffering the dictates of a sovereign power.

It is believed only about one third of the colonists desired to separate from the crown. One third wished to remain loyal British subjects, and one third had no opinion one way or the other. Thus, it appears out of one third of the almost 4 million colonists, 250+ individuals, were responsible for getting all of the colonies to coalesce and form a separate nation. A minority held sway over the majority opinion.

The American public has been told what recent historians wanted them to believe: the United States is not a Christian nation. This is true in only one respect. You don’t have to be a Christian following a specific denomination to be an American citizen.

However, the ideological foundation this country is based on Christian principles, developed by Christian Founding Fathers. Modern historians have distorted these facts. To correct these distortions, the biographies of the Founding Fathers, their actual statements and Christian beliefs, are presented in this work.

The catalyst for the birth of our nation was the moment when Benjamin Franklin, incorrectly considered a Deist by many, suggested that the quarrelsome Continental Convention recognize how the Creator had listened to and answered their prayers in the past. He suggested daily prayer be instituted, asking “… henceforth, prayers imploring the assistance of heaven, and its blessings on our deliberations, be held in this assembly every morning …” The quarreling continued, but the emphasis became how to successfully unite the newly independent colonies.

The colonies united under Christian principles; however, over the years those principles and their original intent have been diluted. Recognizing the condition of the world today, isn’t it a good time to renew those principles?

A Hoosier by birth; a Badger by choice, William Beckman retired from advertising sales in 1994. During the Korean Conflict, he served in the United States Air Force. Active in pro-life organizations, he was appointed to pro-life and veteran boards by Wisconsin Governor Tommy Thompson. He organized a Good Samaritan project with the goal of keeping Milwaukee African-American youths in school and church. His efforts were recognized by the governor during a State of the State address.

Beckman is active in The American Legion, having held offices on district and state levels. He is active in his local church and teaches adult Sunday School. The members of this class urged him to create a book from the material in his curriculum. This book is dedicated to his late wife of fifty-five years, Marianne. Their four children have produced nine grandchildren and nine great-grandchildren.