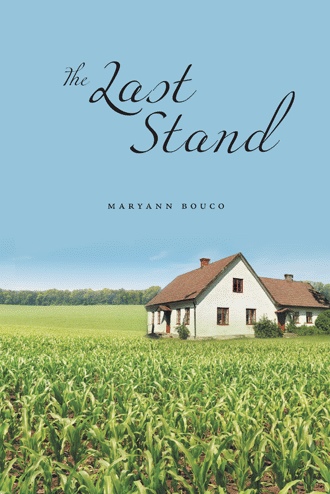 Judy watched mesmerized as an overwhelmingly large flock of blackbirds filled the sky and swooped across the field like a swarm of bees. All the while, her sister, Marge, was talking to her, and her last words were, “I guess you have no other place to go. You’ll have to stay here.”
“Huh, yeah,” Judy said half-heartedly, tuning back into the conversation. She seemed more interested in the blackbirds than in the realities that lay ahead of her.
Marge was obviously annoyed and decided to throw some biting words out to rope Judy back to reality. “How did you get pregnant anyway?”
Judy smartly retorted, “How do you think?”
The attitude was unacceptable. Marge grabbed Judy’s arm and swung her around to face her. “Now you listen to me. This is my home, and you’re not going to treat me the way you treated Mom! You’re sixteen years old. You’re not working, and you need me more than I need you.”
Judy always was a difficult kid, a classic case of a strong-willed child. When she lived at home, the battles were constant in trying to keep her under control and out of trouble. From looking at her, one would find this hard to believe because she gave the appearance of a perfect angel with her beautiful features, plus her long, straight blond hair and large soft brown eyes with long, thick lashes that flirtingly protruded from her silhouette. Yet, even the most saintly of parents would be put to the test by her vexing ways and fresh remarks. Marge, however, seemed determined that she was going to succeed where her mother failed.
In contrast to Judy, Marge looked much more like the Brennan side of the family, with strong but pretty features and soft, dark, bobbing curls that almost touched her shoulders. Her sparkling blue eyes were rimmed with dark lashes, and her face was covered with freckles. There was no mistaking that she was of Irish descent.
With great determination, Marge continued her conversation. . .

Marge, Judy, and Danny are three young adults who started out their lives on shaky footing and came from home environments that are less than ideal. As a result of the life crises that each of them faces, they each made life choices to turn their lives around for the better and rise above the situations they grew up in.

As a product of the 60’s and 70’s, I have a familiarity with not only the era but the problems that came with growing up in those days. I have been writing for many years; both professionally in the business world and in the nonprofessional world for purposes of enjoyment. Besides my passion for writing, I have a great interest in encouraging and influencing people to know and seek God and His will for their lives. I’ve lived in suburban America all my life. And I have a personal story of recovery and overcoming which I believe has great affect and adds great richness to my writings.