Unlocking the DNA of Authentic Prayer 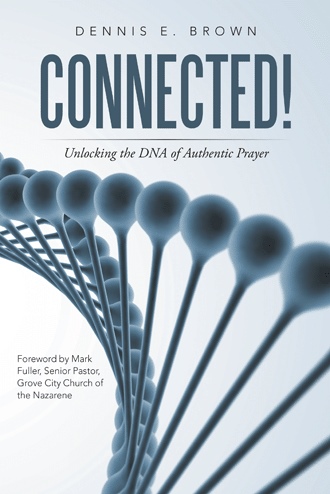 How often have you heard a sermon or saw a new title or shared in a Bible study about prayer?

If I don’t miss my guess, your experience has not been all that different from mine. I listened closely. I read and even reread the books. My reaction: Each time I would set my jaw with a new determination to finally become a man of prayer. And, oh yes, there was the guilt. Over and over I had failed, and each new turn of intention was overlaid with guilt.

And then everything changed.

In these first chapters I am going to unpack what has been one of the most life-altering discovery processes of my spiritual journey. After years in the professional ministry, I found myself staring once again in the face of my failure to experience prayer in a more meaningful way. I had always struggled with consistency, but prayer was on my To Do list and I did. But I always knew there was more.

The transformation I have experienced in my prayer life over the last several years began when I became increasingly aware that I truly had missed the point of prayer my whole life. There was a classic “Aha!” moment. The scales fell off of my spiritual eyes, and I honestly saw prayer as if for the first time. I realized that I had moved past the point of guilt about a tepid prayer life and was entering totally new territory. The initial awakening came over a period of several weeks as I reveled in the fresh awareness that was taking root in my heart and mind.

In one sense I was once again a novice looking at prayer through different eyes. In another sense, however, I was aware that what the Lord was unfolding in my inner being was something for which I had hungered deeply.

I confess that when I began writing this book, I resisted the idea of beginning by defining prayer. After all, nearly everybody who writes about prayer takes that approach in some form or another. But in all candor, nothing has ever impacted my spiritual pilgrimage like having prayer redefined for me. The thought process that emerged over those months is shared in these four chapters and in the very order in which they were unfolded for me.

As you read these opening chapters, please read them in the order in which they have been written. I suspect that some who have a strong interest in living a holy life may be tempted to skip to chapter four first, but I beg of you not to do that. Each chapter provides a foundation on which the following chapter is built, and together they explore the truths that once blended provide the composite definition – the DNA – of prayer.

As you are about to discover, ultimately the DNA of prayer is summed up in the word connected.

Be Honest: What Does Prayer Really Mean to You

Prayer is often the least understood aspect of a Christian’s life. If he does not understand it, how can he claim any true commitment to it? Author unknown

The first computer I owned was an Osbourne. About the size of a portable sewing machine, the screen was all of four inches square. It was part of my luggage when I returned to the Southern Highlands of Papua New Guinea.

I know two things about computers: (1) how to turn one on, and (2) with the advent of personal computers I ran the risk of returning home four years later as a functional illiterate without it. My computer training was a crash course on a need-to-know basis.

My grandmother probably thought that the pressure of finishing my seminary studies affected my sanity. This was a lady who oohed and aahed at electric typewriters. The generation gap between us dramatically widened when I became immersed in the world of pixels and RAMs and ROMs.

I remember the day that I came across the term motherboard. I had to laugh. It occurred to me that Grandma knew about motherboards already. Hers was about two feet long and three inches wide, made of wood with a convenient handle. It hung in the kitchen, and although it was never used for cooking, it sure could heat things up.

When people come to any topic from different directions, effective communication requires some dexterity. Words and ideas can mean different things to different people.

I’ve had a variety of Australian friends over the years who have broaden my vocabulary. When I was with them, I had to abandon the idea of finding a drugstore and settle for a chemist instead. A flat became a puncture, and an apartment became a flat. And you never call someone a bum or lightheartedly tell someone you were just bumming around, because when you look that one up, you’re going to find a rather impolite reference to a posterior.

The old axiom that words have meaning is true. Language itself is another factor that can make meaning mystifying. One comedic suggestion points out that to someone for whom English is a rough second language, it’s possible that a word like arbitrator could invoke an image of a guy who used to work at Arby’s but quit to go to work at McDonald’s. Avoidable could easily convey what a toreador tries to do every weekend.

While we can have a little fun with words, it still makes a good point: if you want to communicate, it helps if everybody is on the same page.

So, there can be no better place to start a conversation about prayer than with a clear sense of what prayer is. How do you define prayer?

God never intended for prayer to be a spiritual chore on your daily to-do list. Connected! unpacks the purpose and nature of prayer as God intends it to be. Awaken to prayer as the key to wholeness and power, expressing and reflecting your intimate relationship with God. Learn to sidestep the barriers that intimidate your desire to pray. Become aware of an often overlooked blind spot that hinders your prayer life. Most of all let the journey of prayer begin anew as you discover the empowering experience of intercession and your personal arena of prayer ministry.

Dennis E. Brown is a retired minister and missionary. He served as a trainer and administrator in Mexico and Papua New Guinea, and later as the production coordinator of international literature for the International Church of the Nazarene. He earned an MA from Fuller Theological Seminary, focusing on worldview and worldview change. Dennis’s writing ministry centers on grace, spiritual restoration, and prayer.