My Journey through Breast Cancer: Encouragement for Walking through Life’s Difficult Seasons and Circumstances 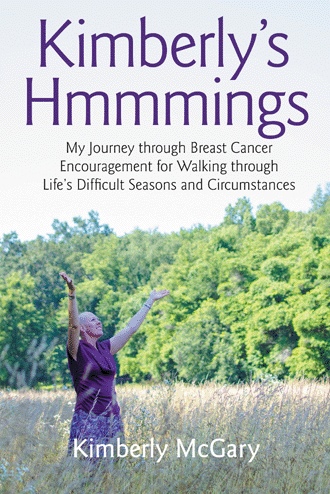 As I begin sharing my story and this season of my life with you, I find myself wishing I could share with you from the beginning of my walk with the Lord. But, I know it would not be practical or necessary.

I will start by sharing with you a few of the events that transpired a short time prior to my getting the cancer diagnosis. Bankruptcy was the first major event in the nine months preceding the diagnosis. The bankruptcy process started in June 2012 and was finalized in court by the middle of July. Then, on the Thursday before Labor Day of that same year, my husband expressed his desire for a divorce. Sometime later he filed for it. By the end of October, the decision was made to no longer make house payments. My paycheck alone was not nearly enough to make house payments and live so as my husband moved out and separated from me on November 17. I moved in with my parents. I searched for an apartment but was unable to find any complexes willing to rent to me while allowing me to keep my dog, Ellie Mae. Because Ellie Mae is a Rottweiler, she was labeled as an aggressive, large breed dog, making her unacceptable to all the apartment complexes that I inquired to rent from. Little did I know at that time, but the Lord had used the rejection of Ellie Mae to place me right where I needed to be for the coming months…with my parents.

I began to sort through the mixture of emotions I was feeling and worked to settle myself to the realities of the new life I was facing. Bankruptcy, divorce, and losing my home were never things I had believed nor desired to be a part of my life, but they came anyway. As I finished the month of November, worked my way through Christmas time, began the new year, I did my best to give all of the hurt and pain to the Lord. All the while, I asked Him to keep me from anger, bitterness, resentment, and unforgiveness toward my husband. The Lord was faithful to do so.

The pain of the rejection was deep, but what I believe hurt the most was the loss of “the dream” of a healed marriage. I had persistently prayed, asking the Lord to heal my broken marriage. The marriage had been broken for a very long time, but I knew deep in my heart the Lord had the ability to heal it. I clung to that hope for many years. Truthfully, it was for most of the almost twenty-year marriage. I had continually worked and prayed for a prosperous marriage and believed that one day, the Lord would work it all out. And He is, just not in the way I had imagined. Because my dream had been for the Lord to heal the marriage, I felt as if something inside me had died. And, I suppose, it had. The dream of the healed marriage died.

By the middle of January 2013, I began to feel pain in my breast. I did not think much of the pain in the beginning, because it was simply a dull ache. My initial thought was that I had bumped it, without realizing I had done so. I ignored the pain, assuming it would go away with time as it healed. I have always had a high pain tolerance. So, what was a little pain? After three to four weeks of pain, I began to realize there were occasional sharp pangs of pain added to the ache, which was getting worse rather than better. At this point I reached up and felt the spot where the pain was centered and discovered a large knot had developed in that area. Wisdom told me to call the doctor and make an appointment to have it checked out. I did, and my journey with cancer began.

As I think back on the time leading up to the beginning of my awareness of something not being right in my body, I remember the words the Lord spoke to me in one of my quiet times with Him. I had been pouring out my heart to Him concerning the things I was facing and thanking Him for taking such good care of me. He placed a fabulous support system of family, friends, and church family around me. I asked Him about my future and reminded Him that I trusted Him with it.

As I sat before Him to hear what He would speak to my heart, He told me, “There are harder days ahead, but there are days ahead filled with more joy and happiness than you have ever known. Trust Me, My child. I am with you, walking with you each and every day. My sustaining hand upholds you. You are fully sheltered under My mighty wing.”

All I could do was to sit and wonder. Harder? How much harder would the days be? I was already dealing with bankruptcy, divorce, and losing my home. I had difficulty imagining things getting worse. Of course, I knew they could, but I could not get a vision of what would come to make things more troublesome than they already were.

Then, I chose to focus on the brighter parts of His Words…“More joy and happiness than you have ever known.” That sounded great! I wanted to get to that part! His promises to sustain and shelter me were also a great comfort. I was blessed to already know the truth of God’s Word, which taught me to focus on the positive things in my life and not the negatives, so that, is what I chose to do.

Join Kimberly as she journeys through the difficulties of breast cancer. Be strengthened as she shares the encouragement God gives each day. Kimberly graduated from the University of Missouri, St. Louis with a B.A. degree in Communications and holds a Certificate in Writing. She finds joy in sharing God’s faithfulness in the counseling ministry of her church. She and Ellie May, her beloved, rescued Rottweiler became a certified touch therapy team and made visits to nursing homes and hospitals.

“The most unique individual Christian woman I have ever met is Kimberly McGary. Despite adversity which would destroy the average person, she thrives on difficulties, disappointments and illness as a manifestation that her Heavenly Father is preparing her to serve Him. After giving an update of her physical and mental condition, Kimberly shares with a joyful, positive spirit the Scripture promises that encouraged and sustained her.”

“Kimberly McGary has beautifully and honestly recorded her thoughts as she has experienced the pain, suffering, and questions that come from battling cancer. Her deep faith in God is an inspiration and encouragement to all who know her, and it will inspire all who read her story of trusting God.”

Kimberly McGary has faced many of life’s most difficult challenges with grace and faith. She loves Christ and passionately endeavors to encourage others to seek, know, and trust Him. She is a member of the First Baptist Church of Festus-Crystal City and lives in Imperial, Missouri.