Who Turned The Lights Off? 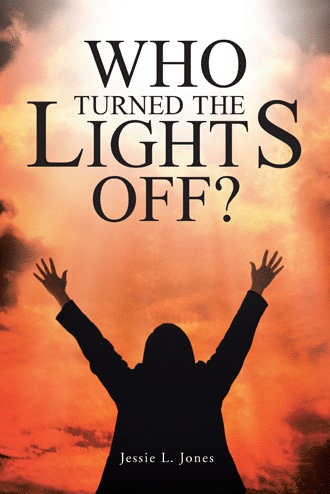 The atmosphere in the conference room was tense. All eyes were on the director as he entered and took a seat at the head of the table.

The fifty-three-year-old director was getting ready to let the staff know that they had not won the contract. The economy had not bounced back from the recession, and funds were no longer available for the services that the center provided. All employees would be laid off, and the center would close. Naturally, this action would add to the unemployment numbers for this small town and the entire nation as a whole.

“You all know why we are here,” the director said. “Let’s cut to the chase: we did not get the contract. The center will shut down in six weeks. Each of you will get severance pay, and, afterward, unemployment compensation. Are there any questions?”

The room was silent.

“This meeting is adjourned,” said the director. With that, he got up from his chair and left the conference room.

Dan Johnson was in a state shock. He could not believe what he had just heard: he had lost his job. The director had warned them about this in earlier meetings, but Dan was still shocked. He loved his job as a psychologist.

Dan’s father had been a psychiatrist and always been supportive of his wife’s illness. He had been the one to hold the family together. Both of Dan’s parents had been killed in a car accident while he was in college. Dan had continued to pursue his field of study as a memoriam to his mother. He had been working for the center for twenty-two years and was now fifty years old. To old, he thought, to look for another job.

Finally, Dan absorbed the information: he was now unemployed and had become a statistic. When the Bureau of Labor Statistics issued it's next monthly report on the unemployed, Dan would now be included in that number unless he found another job immediately.

The center had opened in this small town in the Northeast thirty years ago to provide services to citizens who were classified as having intellectual developmental disorders. The mission of the center was to train those who had the ability to learn basic job skills so that they could gain employment and become productive members of society. Citizens reported to the center on a daily basis to learn skills from professionals. Dan was one of the professionals.

Still at the state of shock, Dan returned to his office and cleaned out his desk. He then said good-bye to his colleagues and walked out of the door. As he walked to his car, he looked back at the building. Unbelievable. Twenty-two years, and now he was unemployed. He opened his car door, got in, drove home. He was grateful that his car was paid for so he did not have to worry about transportation. At least he had the means to get around to look for another job.

When Dan finally reached his driveway, he opened the garage door and parked his car. Upon entering the house, he turned on the television to watch the evening news.

"We have breaking news,” the news anchor said. “The director of a major center has just been found dead in his office. Although we do not have confirmation, it appears that the cause of death is suicide." The news anchor continued, "The director left a note to his staff that read, I’m sorry that after so many years I’ve failed you. Please find it in your hearts to forgive me.”

Dan held his breath as he waited to hear the name of the center, though he feared he already knew which one.

The news anchor gave the name, and Dan shouted. "Oh no!" Less than two hours after Dan had been fired, his director had committed suicide. Dan's heart pounded, and he could hardly breathe. Grabbing his chest in pain, he reached for the telephone and dialed 911.

"Operator,” said the person on the other end of the telephone. “What is your emergency?”

“Please send help right away... I am having chest pains... gasped Dan. The phone fell from his hands and hit the table as he collapsed on the floor.

“Sir! Sir!” shouted the emergency person. But she received no response. Fortunately, Dan had not hung up the phone, so the ambulance was able to locate his house.

Unemployment is rampant across the entire country. It finally reaches a small town where Dr. Dan Johnson has been gainfully employed as a psychologist for over twenty years. The Center where Dan works shuts down due to budget cuts. Dan loses his job and eventually he loses everything that he has worked for over the years, including his home. Dan is now a homeless man, living out on the streets where homelessness is rampant; eating out of trash cans; trying to survive day-by-day. He meets two homeless men: one a veteran of war, the other an ex-con. They teach Dan the ropes for survival; however, they have one major problem: Marc Parker.

Attorney Marc Parker is on a mission to rid the city of homeless people because his sister was killed by a homeless man; a man who was never found. He uses the law by day to accomplish his mission; but at night, he becomes a vigilante who goes around savagely beating up homeless people.

Something drastic happens after Dan and Marc‘s paths cross. They meet Stephen Young, an engineer turned minister, who is also on a mission to rid the city of homeless people. God gave Stephen a direct message on how to accomplish this mission. This message resonates across the entire town.

JESSIE L. JONES was born in Suffolk, VA, and educated at Old Dominion University, Norfolk, VA. A former Special Education Teacher; and a retired Federal Employee, she always dreamed of writing a novel that would change the hearts and minds of her readers. She currently resides in Maryland.