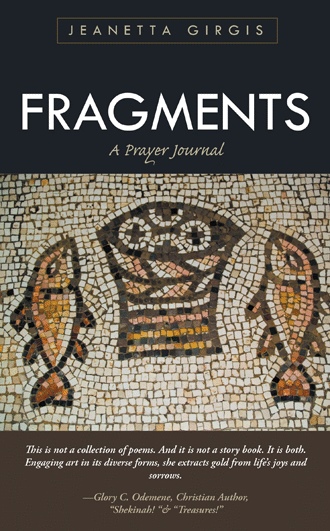 “Rapunzel”
Trinidad beckoned!
We left the predictable lifestyle of Britain to live in the little chunk of Venezuela that had broken off! We had taken a risk! We had forsaken rain and understatement for the tropics. The steamy, paradox awaited us. This land of many cultures and flavors teeming with traffic, and religious tension, caught somewhere between first and third world with luxurious malls and squalid shanty towns was our new home. The air was thick with fecundity. It appalled and delighted at the same time.
My husband, the scientist, was doing what he loved, looking at nannofossils through his microscope on oil rigs. We lived in a gated community, a microcosm of the nation with Hindus, Moslems, Christians side by side. We shared joyfully in each other’s lives with birthday parties and religious feasts until dissension reared its ugly head. Power cuts and atrocities drew us in a huddle. Family tragedies abroad, built bridges.
I was using puppets to teach special needs kids and entertain school children at birthday parties and church gatherings. I grew to see how depressed, uncelebrated children could have a moment of escape and pleasure as I let them manipulate my puppets and be the star for a moment.
Then I was taken on a tour of an AIDS hospice with a visiting doctor friend, and met a handful of patients. One had responded well to treatment and was leaving the hospice. He stood tall and confident, compassionate and friendly.
He now had a little jewelry business. Self-respect lifted his head and there was a spring in his step. He introduced us to the other patients. One lay dying on her deathbed...I kissed her parchment like skin. Christ was in this place as dignity and hope were wrapped around the suffering.
Others smiled and waved keeping a respectful distance.
One young man was so emaciated that he could not speak.
The healthy man implored him to speak...
Cajoled him to smile...
"Come on Denzil!"
Nothing. He looked like a walking corpse. His skin was tightly drawn across his face like a shrunken head on a pole. Ravaged by the disease.
Some weeks later I felt the Lord prompt me to take my puppets to the hospice.
“But puppets are for children!” I argued.
However, I could not dislodge the thought. I chose to obey. As I set up my stage, a patient objected that the audience was too small.
Some patients were out visiting family... They urged me to come back another day!
But the matron was eager that the show would go on... So three or four respectful patients assembled in the spartan lounge. They folded their hands meekly and their eyes grew larger as they drifted away from their sad adult reality and entered the realms of fantasy.
My pink castle was in place, the evil witch watched as the poor father plucked a lettuce from her garden!
A prop slipped off the makeshift stage...
"Di orange fell of di table!" came a voice.
All heads turned..
It was Denzil!
The man who could not talk, had spoken!
As the patients sat with me and held the puppets and made the prince kiss Rapunzel
So many thoughts rushed through my mind......
It was such a tender moment..
Rapunzel had been locked up in a tower because of her parent's "sin"
The prince who came to rescue her suffered for her like Jesus..
The kiss broke the spell...I felt the Lord explained to me "There is power in these puppets. These men and women have grown up in a cruel world. They have had no childhood. They have been dragged from violent home to violent school, violent policemen and violent streets...abuse on all sides. Rape, the sex trade and degrading betrayal have been the norm. The puppets feed the child within the man..."
What an honor...what a joy...what a miracle!

"Fragments" is a book for you to complete. My contributions are to inspire yours. The thief has been at work in our lives, and left us with rags, but the Lord Jesus asks us all to submit those rags to Him.
He then sews them together to make a glorious coat of many colours!
This coat is made from our diversity and it is splendid and it reveals His glory!

Jeanetta Marie Girgis shares through bittersweet poetry and anecdote how rejection and pain are healed through the power of Christ. She has returned to her homeland of Jamaica where she lives with her Egyptian husband and their youngest son. Their two older children live in Australia and the United Kingdom.