The Pattern of Paul

The Gospel of Grace 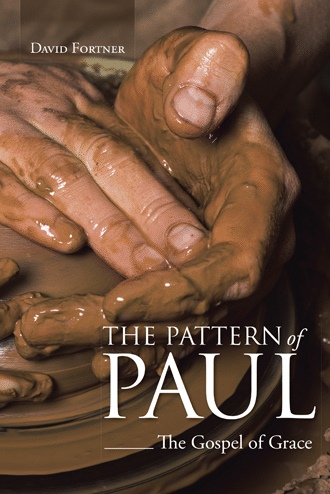 Believers have asked me for years why God just does not tell us what to do. The reality is that He has. We just did not know or we were unwilling to follow. God has not left us without guidance. Man attempts to change what God designed which ends in utter failure.
I knew nothing of these patterns, nor have I ever heard them taught. The question raises to the fact that if God gave them and us specific patterns. Why did we not know and are they still valid. There is no doubt in my mind that historically at least a few have always tried to follow this pattern. The confusion today is the focus of the church on image and performance.
The pattern of the traditional church is “the appearance of godliness.” Man strives to prove how right he or she is by the things he or she does. The majority of believers are sincere; however, sincerity is not proof of truth. You can believe you can fly, but the moment you jump from a ten-story building, you immediately understand you cannot defy the Law of gravity.
The difficulty of a pattern is the fact that man wants to make laws to fulfill. Paul was plain and clear to the fact that no man is justified by the works of the Law, Galatians 2:16.
We cannot, nor must not attempt to justify ourselves by something we think should be a law. The thing that I have found out about human nature is the fact that we want to justify ourselves. We want others to think that we are “right,” no matter what we do.
This could never be clearer than working with believers in churches. Every believer thinks they are right and are motivated by a self-righteous attitude to implement what they think is right. The sad fact that believers are more concerned about some “truth” than they are about a brother or sister is Christ should show us how wrong we are to think we are God’s policeman to enforce what is right.
When what you believe is more important than protecting your brother or sister, then the motive of your belief is wrong. I pleaded with churches in war against one another that for the sake of their children; please do not destroy them through your determination to be right. This is hard for believers to accept, because by their “righteous anger” they justify their actions and destroy anyone who comes in the way. This vivid truth is that through the centuries by the “religious wars” that massacred innumerable believers.
Paul understood that the Lord saved him and showed him His pattern he brilliantly describes to us. The entire basis of the pattern of Paul makes this judgmental attitude a total impossibility. We cannot destroy believers and think that we understand the pattern of Paul. Paul was clear to declare to us how evident this is, Galatians 3:11.
The confusion between the pattern of Paul and the pattern of Moses is the belief that they are teaching the same thing. Multitudes of believers today are confused about the fact that God abolished the Law at Calvary. God removed the ordnances of the Law, because Jesus Christ nailed the curse of the Law to the cross. This means that there is no Law to accomplish, or clearly stated God removed the curse of the Law, which means there can never be a consequence from the Law against believers in Christ.
The pattern of Paul is the fact that there is no Law to accomplish. The only thing that matters at all, as far as what we receive is the rewards that come from following the pattern of Paul. There is nothing to prove or accomplish as far as our closeness to God. There is nothing to attain as far as our position in Christ.
You might say, then why in the world would I want to accept such a challenge, if there is nothing but rewards. The reason is the benefits that come in this life doing what God tells us to do and the eternal rewards that will come in glory.
The Pattern of Paul is in his explanation to Timothy in second Timothy 2:2. This verse has been the basis of my philosophy of ministry. Paul tells Timothy to show faithful men how to show others to follow and duplicate this pattern. The simplest answer is that you can only do this one person at a time. That means that you must have someone who is willing to learn and focus on the person to teach them. The purpose of this book is to help assist you through the many wrong ideas and prayerfully show you how to implement this pattern in your life.
I pray that God will enable me to communicate effectively the great truths that could change your life and accomplish more for the glory of God than we could possibly imagine. There is more to this than meets the eye, because the rewards are far greater than I have the ability to express. Paul himself said that our glory today is more glorious than that of Moses had when his face shined like the sun.
Many examples come to mind as I remember the multitude of people who saw the truth of God like a light bulb that would come on in the darkness, confusion of religious beliefs would disappear, and the glorious gospel of grace would shine to them. This I pray will become a challenge and a burden to see for yourself.
“Lord, give us a passion to turn on the light of the truth of your Word to a world lost, dying, and on their way to hell. Help us have a passion to win souls and teach the glorious truths of your Word. Open the eyes of the lost, and all believers, to see the glorious truth of the power of the gospel of grace. Amen.”

The Pattern of Paul brings comfort to all believers seeking to understand grace.

David Fortner is Dean of Saint Louis Theological Seminary at Houston, Texas, and Wilmington, North Carolina. He was a missionary to France and Spain, and he rebuilt churches in Jackson, Tennessee, and Dickenson, Texas, through individual Bible studies.
David has over one hundred Bible studies and ten books. He teaches, develops courses, and trains believers in the pattern of Paul. He provides lessons for pastors, families, and anyone else who wants to learn and teach grace.
David trains leaders to become leaders of leaders. He develops house churches through home Bible studies. He trains pastors to develop churches. His passion is to equip believers for the work of the ministry. His approach is to help parents teach their children how to teach their children. The purpose of his life is the reproduction of the pattern of Paul.
David and his wife, Karen, presently reside in Wilmington, North Carolina. They have six children and nine grandchildren.