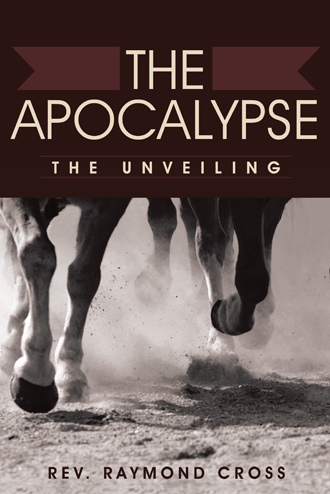 The fear of the LORD is the beginning of knowledge, but fools despise wisdom and instruction.1

In 1966, my life changed dramatically. I worked for IBM as a design engineer in the Advanced Technology group. In 1966, I received Jesus as my Lord and Savior to become a saved person – born again, via the Bible’s truths. My scientific-engineering existence, my world-life-view changed and I needed to undo a great deal of learning, literally un-learning many false teachings, regarding religious belief and thought. To answer, to separate questions of learning half-truths and/or false truths, plus having no religion or belief requires diligent study – study seeking the truth. If you are reading this and not a true believer in Jesus Christ as Lord and Savior, perhaps you need to re-learn, to unlearn some of your teachings.

After years of studying the Bible, history, commentaries and archaeological findings, I took early retirement from IBM. I went to Reformed Seminary in Jackson, MS (Clinton) and became a Minister of the Gospel in the Presbyterian Church in America, My first and only church was the Sardis Presbyterian Church in America. After 27 seven years, I retired and have published two other books: Scriptural Thoughts and Words to Think About. Lord willing, I plan one more book after this one, the book of beginnings known as Genesis.

It is with great trepidation I write this work concerning The Book of Revelation. Why, one may ask? Because God conveys the following warning words to us in His book of Revelation:

And if anyone takes words away from this scroll of prophecy, God will take away from that person any share in the tree of life and in the Holy City, which are described in this scroll.2

The term ‘Revelation,’ is taken from the Greek word, apocalypse (άποϰάλυφςε) meaning the unveiling or the uncovering -- the revealing. This writer acknowledges the Bible as total truth and owes very much too numerous spiritual men before him who have dedicated their very lives to understanding what God has ordained. Great ministers and writers such John, Paul, Matthew, Dr. Luke, Isaiah, Moses, David, plus, many other biblical writers have shown the truth, for all to receive. I would also have to include men such as Matthew Poole, Matthew Henry, Herbert W. Armstrong, H.L Willmington, Arno C. Gaebalian, F. W. Grant, J. Vernon McGee and many others. (Too numerous to mention) Reading the Scripture, writings by these men, and about historical findings, have influenced this writer to present Biblical knowledge that people might have better understanding of God and His book. Some of their thoughts, plus study of God's Holy Word, with unfathomable help from the Holy Spirit, triggered this cognitive content to give better understanding to life - not only mortal, but immortal. It is with that prime purpose, we present this work, that man truly realizes his being - his future in God's program. The Bible and the book of Revelation remain misunderstood, because men reject God. Man, throughout time has rejected the truth given to him, beginning with the very first verse of the Bible:

In the beginning, God created the heavens and the earth.3

Rather than accept the truth, humankind imagines himself wise enough to figure out his existence by evolution, incarnation or other means. Man has always wanted to live forever and has devised various religious thoughts to attempt to implement his shallow thinking. The interesting thing is – man does live eternally, but either with God or very, completely separate from Him. In any case, man does live eternally.

No man is wise enough to grasp the Holiness, Purity and Wonder of our fantastically loving God! Nor, can man ever understand the love given to him by God. However, one-day man will know the truth of the Bible and the book of Revelation, either in eternal ‘death’ or eternal Spiritual life. Christ is coming and - I add - that day is fast approaching. God Himself wrote this book as a warning to all humanity! 2nd Peter 1:19-21 tells us:

We also have the prophetic message as something completely reliable, and you will do well to pay attention to it, as to a light shining in a dark place, until the day dawns and the morning star rises in your hearts. Above all, you must understand that no prophecy of Scripture came about by the prophet's own interpretation of things. For prophecy never had its origin in the human will, but prophets, though human, spoke from God as they were carried along by the Holy Spirit.

God has ordained His will for salvation, redemption and finality for humankind. All of God's plans will happen, just as all of the 333 Specific Prophetic details pertaining to the Christ,4 coming the first time occurred. I might add, those prophesy were completed, filled against impossible astronomical odds.

God's resolve, His will, His intent and purpose will prevail in all matters. He has informed us of His thoughts and witness to all events. All one has to do is read His word, learn and understand God's total design for humanity from day one.

Ask now about the former days, long before your time, from the day God created human beings on the earth; ask from one end of the heavens to the other. Has anything so great as this ever happened, or has anything like it ever been heard of?5

Most men have disregarded God's witness of over 6000 years of human life on earth and Theologians believe we are definitely in the last days of time, which began with Christ on the cross. More importantly, we are entering the beginning of the ‘Tribulation’ period. What does these ‘last days’ really mean? Several Bible prophets have told us what to expect and current events happening now strengthen Bible prophesy.

Revelation tells us very much about all that will occur with the ‘beginning of tribulation,’ the rapture and during the ‘great tribulation.’ Time will end, with the final coming of our Lord and Savior, Jesus Christ. Do not be like the obstinate people who will not believe the truth!

But because of your stubbornness and your unrepentant heart, you are storing up wrath against yourself for the day of God's wrath, when his righteous judgment will be revealed.6

The Bible is one of the most misunderstood and mysterious book ever written. Popular to buy but seldom read, it usually sits on bookshelves or coffee tables unused. However, people who do read and believe the Scriptures know for certain it has the power to change lives. This book, The Apocalypse, is written as an assembling of all that is known about the book of Revelation. It is a compilation of many Biblical scholars’ thoughts regarding interpretations of some of the symbols used by God to describe His prophesies in this book. Of course, much is still unknown, but you are able to add—or subtract—basic thoughts simply by studying the Holy Writ yourself. God will show you some things more clearly than me or anyone else—God wants to inform you!

The author was a design engineer for IBM during the sixties and seventies. He was involved with advanced technology pointing to new products, printers, copiers, imaging, and ways of placing information on paper. In 1965, he was transferred to the new Boulder plant, located in Niwot, Colorado. Niwot was named for an Indian chief and translates to ‘left handed.’

It was here that his life changed forever.

One cold January morning, a minister of the Gospel visited. Pastor James Maxwell introduced him, his wife, and son into receiving Jesus as Lord and Savior. They were born-again. He was thirty-eight years old and his so-called intellectual, engineering background made him very skeptical. Diligent study soon convinced him the Bible was the inerrant truth. Continued work-study lead him to understand God’s wonderful word more, and he took early retirement from IBM to attend Reformed Seminary in Clinton, MS. In 1987 he graduated with a Master of Divinity from the Reformed Seminary. He went on to minister in the Presbyterian Church in America for over twenty-seven years in Sardis, Mississippi.