The Greatest Commandments & The Way

by Victor A. Atkisson 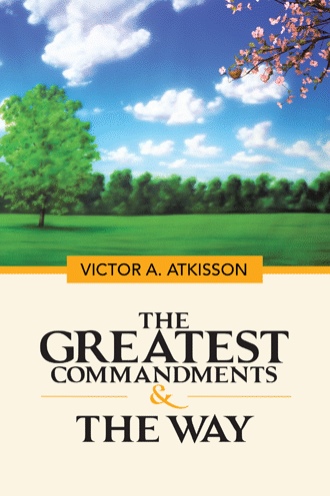 Someone may ask, “How can Christians possibly avoid forming denominations?” When conscientious believers, who were like-minded, broke away from corrupt churches and hierarchies what were they to do? The way to avoid forming a denomination is to look back prior to the formation of all sects to the church which began on Pentecost. Is it possible to be a member of the church founded then, without being a member of a denomination? Is it presumptuous and arrogant on the part of a group of believers to start a congregation in a particular place, and preach the gospel as Peter did on Pentecost and attend to the ordinances of the Lord’s Supper and baptism as they did, and consider themselves part of that same body which Christ died for on Calvary? When the apostles and evangelists formed congregations in new cities they followed the same simple pattern. Those who heard the gospel and were convinced of its truth were immersed into the body of Christ, and these new brothers and sisters observed the Lord’s Supper (communion) every first day of the week (Acts 20:7, I Cor. 11:20). When the congregations were sufficiently large enough they appointed elders (bishops) and deacons to oversee, govern, and organize the affairs of the church (Titus 1:5). There was no man-made body separate from the local congregation which had any oversight or authority over the individual churches. Each congregation recognized Christ as their only head, and recognized each other as sister congregations in the body of Christ. If all believers in Christ resolved to return to this original God-given rule, there would be no need for man-made organizations to exist and the church could be one again. Just as the apostles’ doctrine, and their epistles and letters were circulated among the various churches, and this body of doctrine formed the basis for their unity of thought and practice, so today, if all congregations would consider those epistles and letters to be the law and teaching of their King then they would find common ground on which to unite as believers. 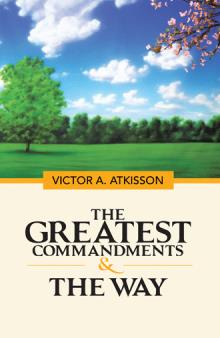 The Greatest Commandments & the Way
Victor A. Atkisson
$11.95

This book endeavors to establish the importance of ‘love’ as the distinguishing characteristic of the disciples of Christ. It also seeks to establish the prophetic witness of the Scriptures to the divinity and Lordship of Jesus Christ. Also contained in the book is an essay on the subject of Christian unity, in which the author sets forth the biblical basis of Christian unity.

The author holds a Masters of Theological Studies degree from Lipscomb University, and currently resides in Ashland, AL. He has a deep passion and interest in Christian Apologetics and Christian unity studies. He has preached and taught in several churches in Alabama and Tennessee.