by James A. Pickens 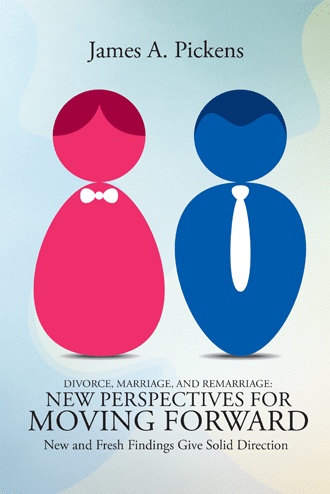 As we continue to build upon our three foundational piers, we come to I Corinthians 7. This rich portion of Scripture gives us definitive ‘nuts and bolts’ instructions concerning the present day believer’s attitudes and actions regarding marriage, divorce and remarriage. Actually, there is another subordinate topic (celibacy) which permeates the entire chapter, which is often overlooked by many Christians. As Paul addresses among other things the subjects of marriage, divorce, and remarriage, he continually invites the single Corinthian believers to consider the possibility of living a celibate lifestyle. We will review Paul’s reasons for broaching the subject of celibacy as we walk through the chapter. At the time of Paul’s writing to the Corinthians, the church there was in disarray doctrinally, morally, ethically and practically. Paul spends the first four chapters highlighting their immaturity and conceit which was resulting in divisions (some might argue the Corinthians gave birth to denominationalism) (1:10). It doesn’t take a young, immature headstrong Christian long to become puffed up and divisive, and Paul issues a strong reprimand and warning concerning the worldly, arrogant and competitive mindset which permeated the new saints at Corinth (4:21). In chapter 5 we find Paul flabbergasted that the Church would allow and accept the ongoing incestuous relationship between a man and his stepmother in the Church. Chapter 6 records Paul’s indictment against those Christians who were suing each other in public civil courts. Instead of bringing their differences before the Church for resolution, they were dragging each other into court, thereby airing out the matters before the unbelieving public. These same unbelievers who were supposed to see the love and unity of Christ were witnessing the “legal” warfare that goes on between parties in court proceedings. Sad to say, today’s Churches have relegated to civil courts matters between believers that could and should be discreetly settled by the authority of the Church. Other problems the Apostle describes include drunkenness at the Lord’s Supper (11:21), and denial of the primary tenant of the Gospel of Christ, the resurrection of the dead (15:12)! We see then that I Corinthians was not written to established, mature Christians, but rather to babes in Christ who were not ready for, or able to tolerate the strong meat of the Word. They were limited to baby food, to the milk of the Word (3:1-2). As we approach chapter 7 we need to keep in mind the instructions Paul gives the Saints in Corinth are simple, straightforward, easy to understand. Nothing is veiled in parables, nothing is too difficult for these babes to digest. When a child asks a parent a question, the parent chooses his or her words carefully, remembering that they are answering a child, not an adult. And as Paul reviews a list of questions put to him by the Corinthian Church, he offers straightforward answers in easy to understand language. The scope of the questions the Apostle answers is broad, yet most of the questions deal with marriage, divorce, and remarriage. There remains an underlying tone in Paul’s instructive answers that suggests (as could be expected from baby Christians) the saints there were wanting to see dramatic change in their lives. They appear restless, and desirous to DO. A babe in Christ might not realize expected change in their character, and thereby hope that a drastic change in their lives will somehow bring about the desired peace and satisfaction they expect and want. The apostle, while answering their questions, is seen as a parent instructing overactive children to ‘just settle down now’.

At last, Christians and non-Christians alike are offered fresh discoveries relating to this very controversial topic. Christ saves us for service, and only through serving Him can the believer find fulfillment in this life. While many would restrain or limit opportunities to serve in a specific position in Christ’s church because of divorce and/or remarriage, I discover just the opposite is true. The ability to overcome the disappointments and failures every believer experiences can be used to encourage and guide others who face similar trials.

Many have tried to reconcile the various passages dealing with marriage, divorce, and remarriage. To my thinking, they provide unsatisfying results. It seems two very basic and pivotal questions are overlooked and have yet to be answered. At what point in time does God recognize a man and a woman have moved from courtship or engagement to marriage? And when exactly, in God’s view, is a marriage “put asunder” or nullified?

Without becoming bogged down in a ton of technicalities and arguments, the reader is presented clear and fresh insights providing understanding and direction to boldly move ahead in service and devotion for the ultimate glory of the King of kings.

Jack Pickens has ministered as pastor, evangelist, church planter, and musician for the past forty-one years in six states and Guatemala. He and his wife Cindy have been married forty years and reside in Batesville, Arkansas. They have four children and two grandsons.