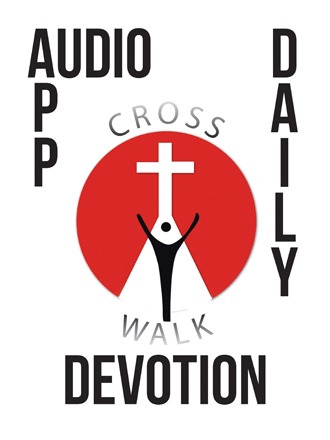 But an angel of the Lord spoke to Philip, saying, “Arise, and go toward the south to the way that goes down from Jerusalem to Gaza. This is a desert.” He arose and went; and behold, there was a man of Ethiopia, a eunuch of great authority under Candace, queen of the Ethiopians, who was over all her treasure, who had come to Jerusalem to worship. He was returning and sitting in his chariot, and was reading the prophet Isaiah. The Spirit said to Philip, “Go near, and join yourself to this chariot.” Philip ran to him, and heard him reading Isaiah the prophet, and said, “Do you understand what you are reading?” He said, “How can I, unless someone explains it to me?” He begged Philip to come up and sit with him. Now the passage of the Scripture which he was reading was this, “He was led as a sheep to the slaughter. As a lamb before his shearer is silent, so he doesn’t open his mouth. In his humiliation, his judgment was taken away. Who will declare His generation? For his life is taken from the earth.” The eunuch answered Philip, “Who is the prophet talking about? About himself, or about someone else?” Philip opened his mouth, and beginning from this Scripture, preached to him about Jesus. As they went on the way, they came to some water, and the eunuch said, “Behold, here is water. What is keeping me from being baptized?” And Philip said, If thou believest with all thine heart, thou mayest. And he answered and said, I believe that Jesus Christ is the Son of God. He commanded the chariot to stand still, and they both went down into the water, both Philip and the eunuch, and he baptized him. When they came up out of the water, the Spirit of the Lord caught Philip away, and the eunuch didn’t see him any more, for he went on his way rejoicing. But Philip was found at Azotus. Passing through, he preached the Good News to all the cities, until he came to Caesarea.

But Saul, still breathing threats and slaughter against the disciples of the Lord, went to the high priest, and asked for letters from him to the synagogues of Damascus, that if he found any who were of the Way, whether men or women, he might bring them bound to Jerusalem. As he traveled, he got close to Damascus, and suddenly a light from the sky shone around him. He fell on the earth, and heard a voice saying to him,“Saul, Saul, why do you persecute me?” He said, “Who are you, Lord?” The Lord said, “I am Jesus, whom you are persecuting. But rise up, and enter into the city, and you will be told what you must do.” The men who traveled with him stood speechless, hearing the sound, but seeing no one. Saul arose from the ground, and when his eyes were opened, he saw no one. They led him by the hand, and brought him into Damascus. He was without sight for three days, and neither ate nor drank.

Therefore GOD heard, and was angry. A fire was kindled against Jacob, anger also went up against Israel, because they didn’t believe in God, and didn’t trust in his salvation. Yet he commanded the skies above, and opened the doors of heaven. He rained down manna on them to eat, and gave them food from the sky. Man ate the bread of angels. He sent them food to the full. He caused the east wind to blow in the sky. By his power he guided the south wind.

The words of a man’s mouth are like deep waters. The fountain of wisdom is like a flowing brook. To be partial to the faces of the wicked is not good, nor to deprive the innocent of justice. A fool’s lips come into strife, and his mouth invites beatings.

Audio App Daily Devotional is the complete Bible. We have removed the verse numbers from the text itself, which gives an almost poetic feel to the Scriptures as you read, while maintaining the chapter and verse references ahead of each day’s portion of Scripture. This enables you to reference and study the Scriptures in a more in-depth manner. Inside you will find an average of twenty-three New Testament verses, seven Psalms verses, three Proverbs verses, and fifty-five Old Testament verses per day. While I never recommend rushing through your time with our Lord, I felt it important to make each day’s readings and portions as equal as possible, allowing you to set times throughout the day for reading in order to regroup or refocus on your task at hand. Look for and expect to hear from our Lord. Look for God to move in your life more and more as you draw closer to Him daily.

Pastor Mearl and his beautiful wife Theresa reside in sunny Southern California along with Molly, their beloved Chihuahua.