The Ride of Your Life

Faith Will Move You Forward 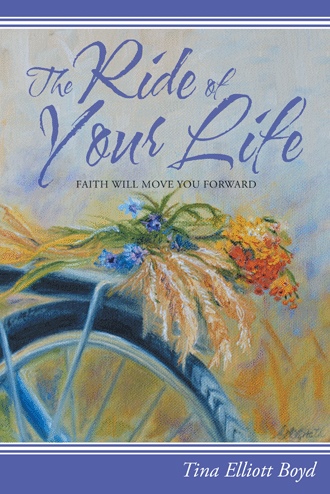 Each of us, at some point in our lives, will have a knee bender — a devastating event that has happened to you or someone you love that has caused you to fall to your knees to pray. In The Ride of Your Life, Faith Will Move You Forward, Tina Boyd will take you through her personal knee bender and will show you how she turned a tragic experience into a meaningful life lesson. Years of journaling and reflection have helped Tina to develop the "front wheel" model. The front-wheel model will encourage you to move forward and to embrace life, regardless of the challenges you are facing. She utilizes the mechanics of a wheel to guide you through the seven spokes of healing that will lead you down the road of faith towards God's love. Tina shares her deepest thoughts, pain, and spiritual healing to guide you through the blowouts, bumps, and wrong turns along your ride. The wheel concept is a practical guide to show you how to handle each step of your journey: shame, humility, forgiveness, and finally, gratitude. Tina's front-wheel concept with God as the hub of the wheel will help you understand your life's lessons. The rim will help you to understand God's everlasting love and promise of eternal life. Even if you have yet to have a significant blowout or wrong turn along your personal path, using this concept will guide you through the beautiful ride that God intends for you to have.

Tina Elliott Boyd is a God marketer, marketing consultant, speaker, and author. She attended Marymount University and received her BA and MBA in marketing. She is married to Lance Boyd her college sweet heart and they have three children: Andrew, Brigette, and Olivia. She is the co-founder and president of W+winGs (Women Walking in God’s Spirit), a Christian, non-profit organization.