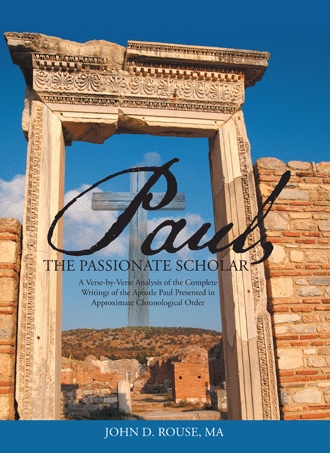 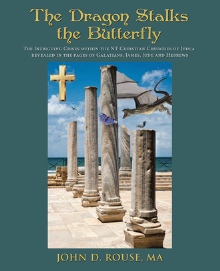 This book is God’s Word, prayerfully unfolding glimpses into the clarifying elements of the Greek text, augmented by historical images of his times. Designed to arouse believers and further deepen their Christian commitment, it can change lives and augment Christian growth of lay readers.

The language of the NT Greek holds many keys for unlocking the riches of God’s “palace.” In a special tour of each chapter, one can marvel over stories of valor and tender moments of love, lavishly displayed in rich flavors and stirring narratives that invigorate the soul.

The origin of this volume can be found over 50 years ago when the author attended Bob Jones University, majoring in history and Greek, graduating there in 1964. Further study supplemented his undergraduate work by taking further graduate and post-graduate courses at California State University at Los Angeles, earning an M.A. in 1971. More courses were taken at UCLA in Latin, Classical Greek, archaeology, and art history, with enough work in the latter area to earn a major in that field. In addition, for preparation for several photographic research trips to Greece and Rome in 1968 and 1971, Mr. Rouse conducted independent research at the UCLA research library that extended over three years on topics regarding NT archaeology and research. The two six week research trips to Rome and Greece concentrated on the ruins of ancient Rome, and in Greece, on Athens and Corinth. In 1970, Mr. Rouse was asked to edit an 800 page manuscript of a Cal. State Univ. professor specializing in Byzantine archaeology, which he finished in one year.

From 1975 to 1985 Mr. Rouse became a gem cutter and a research gemologist and was the founding president from 1981 to 1983 of Jewelry Tech Institute, Inc. in Garden Grove, California, a jewelry arts trade school. In 1983 he was asked to come to Bangkok, Thailand, to become the managing director of the Asian Institute of Gemological Sciences, Inc. In his first year, he led a curriculum revision and added tours throughout Thailand for visiting gemologists and gem buyers, both endeavors providing needed income for the institute. While there, Mr. Rouse was asked to write a scientific book on garnet by an agent of a distinguished publishing house on scientific books located in London. With much of his initial work finished at the institute, Mr. Rouse asked his employers in Bangkok to send him to London for several months to continue his research at the British Museum and put him in contact with the major gemological scholars in London. While there, he continued his research in various museums in London and was accepted as a visiting scholar at the British Museum, where he was allowed a research room and was able to order various pieces of Greek and Roman jewelry from the museum exhibits for specialized photography. Two months were utilized in the summer of 1984, mainly at the British Museum library. In 1985, he was in London again in the summer, for another two months of research, this time exclusively at the British Museum back rooms. His book was published in 1986 and it was highly recommended by several international scholars. Graeco-Roman research in the British Museum re-energized his love of the Scriptures and the Pauline world of the first century A.D.

On his return to the U.S. he re-entered his teaching career in the Los Angeles Unified Schools, where he taught numerous high school subjects, including gem-cutting, to high-risk students for the next 11 years. In 1994 he was one of several gemological scholars asked to revise several chapters of the major gemological text, Gems, released in 1995. Moving to Colorado in 1997, Mr. Rouse was associated first as an instructor in adult education, then for three more years as an administrator for the adult education department of Pueblo Community College. In 2005, he designed a Greek NT class for his church, and that class formed the basis of this book. Five years were utilized in teaching all the writings of Paul, and another year for editing. From 2005 to 2014, he has continuously taught the NT in Greek for students who love the Scripture.