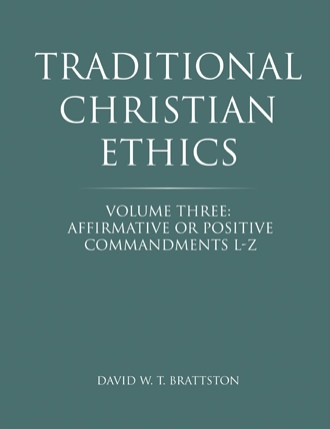 What Christians Ought to Do

Suffering: worthy of training through suffering - Origen - Homilies on Luke - Fragment 127
Sunday: abandon worldly activities on the Lord’s Day - Didascalia - 13
Sunday: assemble, break bread, confess your sins, and give thanks on the Lord’s Day - Didache - 14.1
Sunday: assemble on S. - Bardesan
Sunday: assemble on S. - Justin Martyr - 1 Apology - 67
Sunday: celebrate S. - Origen - Homilies on Isaiah - 5.2
Sunday: celebrate Sunday as a festival - Tertullian - Ad Nationes - 1.13
Sunday: church on Sunday - Justin Martyr - 1 Apology - 67
Sunday: consider fasting on the Lord’s Day to be unlawful - Tertullian - De Corona - 3
Sunday: consider kneeling in worship on the Lord’s Day to be unlawful - Tertullian - De Corona - 3
Sunday: devote Sunday to rejoicing - Tertullian - Apologeticum - 16
Sunday: give to the congregation’s common fund on Sundays - Justin Martyr - 1 Apology - 67.6
Sunday is for rejoicing and good cheer and trembling and fear - Didascalia - 21
Sunday: observe Sunday instead of the Sabbath - Barnabas - 15.9
Sunday: observe the Lord’s Day - Clement of Alexandria - Stromata - 7.12
Sunday: observe the Lord's Day - Origen - Against Celsus - 8.22
Sunday: observe the Lord's Day instead of the Sabbath - Ignatius - Letter to the Magnesians - 9.1
Sunday: rest on the Sabbath as a preparation for Sunday - Clement of Alexandria - Stromata - 6.16
Sunday: xerophagies every day of the year except Sabbaths and Lord’s Days - Tertullian - On Fasting - 15
Supererogation: do good beyond what God commanded - Hermas - Similitude 5.3.3 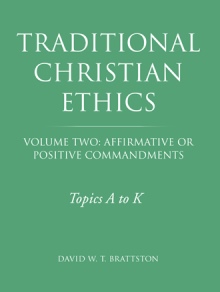 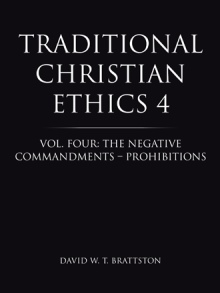 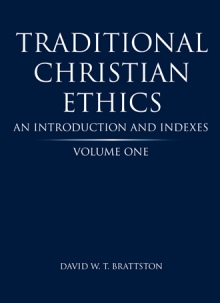 Traditional Christian Ethics features two exhaustive alphabetical lists of affirmative commandments and prohibitions from the earliest Christian ethics, as found in writers before the mass apostasy of 249-251 AD. The affirmatives, or positives, list consists of what Christians are/were commanded or encouraged to do. The other list is of negatives or prohibitions, i.e. what Christians are/were discouraged from doing, similarly arranged. The source material for the work encompasses far more than the ten-volume Ante-Nicene Fathers edited by Roberts and Donaldson. It also draws from all writings of the period: Christian, Jewish, and pagan, available in English or French translation, plus a few Latin translations. Some translations have been published only in scholarly journals, and some only in the twenty-first century.

Volumes Two and Three form a single exhaustive alphabetical list of affirmative commandments or precepts, including mental attitudes, i.e. what Christian ethics commanded or encouraged according to writers on Christian ethics before 250 AD.

Using earlier drafts of this set of books, Dr. Brattston’s articles and booklets synthesizing early and contemporary Christianity have been published by a wide variety of denominations and ministries in every major English-speaking country. He hopes readers will use them as a starting-point for writing articles, papers, and sermons of their own.

Dr. David W. T. Brattston is a retired jurist residing in Lunenburg, Nova Scotia, Canada. Using earlier versions of this set of books, his articles on early and contemporary Christianity have been published by a wide variety of denominations in every major English-speaking country.