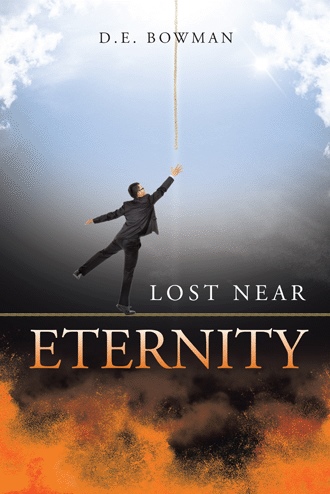 It was dark. Only a faint light from the bathroom down the hall penetrated the darkness. I found myself suddenly sitting up in my bed, startled by a mind-altering sight. I pulled my covers up close.

A mystical ghostlike figure stood in the doorway of my room.

My heart was pounding as I gasped. I was not accustomed to such a sight. My eyes were fixed on its mesmerizing brightness.

The longer I looked at it the more I began to surmise that it might be an Angel. Its shoulders looked wide enough to sustain wings but, since I had never seen an Angel before I couldn’t be sure.

It seemed odd to me that an Angel would come to see me anyway. Me? I was just a decision away from being on the street. I didn’t even have a job. Who was I? I was just as confused as the next guy, when it came to things about God, or if there even was one or if it even mattered.

Now I had something in my room that was proving to me that there really was a spirit realm?

Just when I thought, I was about to short circuit, overrun with the idea that an Angel was in my room, it spoke in an audible voice, in a language I could understand, in a somewhat lofty manner.

It got me to look at it as if I were engaging in conversation. It had my eyes glued to it like a good movie. Lines of color lit off the Being as if open electrical currents shocked their way into the open-air, flashing rainbows of color like light affects a diamond. Then a more radiant light came from within, flashing as if thousands of layers of mirrors with white smoke gently floating around were dancing in the sunlight. They kept changing, casting off light like an Aurora Borealis.

“Am I not beautiful?”

I must admit it was the most beautiful thing I had ever seen. It took my breath away. I was mesmerized by the fact that something like this was appearing to me.

Its head tilted and its arms moved in a peaceful manner, as if it was my privilege and honor that this Being was paying me a visit.

It raised its arms and currents of light radiated down its white garment making every light vibrate in a more brilliant display.

It began to turn from side to side showing off its glory. It loftily lifted its head in full display.

The more I looked at it the more I noticed that its insides were always changing.

Each time I thought I saw something, it moved and changed again. It was impossible to get a real fix on anything solid; I could never clearly see what I saw before me.

Then I heard from behind me a booming voice say.

“In God there is no darkness neither shadow in turning.”

Just as those words finished speaking, the being turned, I saw it. A shadow of darkness was in its midst; revealed for only a second or two.

Suddenly those words made sense to me. My eyes widened as I looked at the being with a new light.

My words just flew out. “You’re not God! You’re the Devil!”

The once-brilliant light sucked away as if into a black hole; a magician’s bag of tricks.

Now only a dark ghostly figure stood in the doorway.

“I will never worship you!”

The figure was gone.

Now it felt like words were speaking through me in the same voice as the one who spoke from behind me.

“Satan himself is transformed into an Angel of light. Therefore it is no great thing if his ministers also be transformed as the ministers of righteousness;”

It had only created an illusion and made itself look like an Angel of light.

“Words saved me from deception?”

For the first time I was glad my Mom had made me go to church. I shuddered to think what might have happened had I never heard those words before. I felt a strong curiosity building in me. I was haunted by the dread of what I didn’t know and what could happen because of it.

I thought about the Angel of light’s insides, how it was always moving, like smoke and mirrors. I had focused on how it looked and not on what it was. Now I truly understood the term “smoke and mirrors.” Covering something and reflecting another.

Then Scriptures came to mind and thoughts of when I heard them, where I was, and at what age. I tried to think of other Scriptures I might remember. Things began to make sense to me. Things I hadn’t thought about for a longtime, I began to understand. I didn’t what it to end. I wanted to hear more.

I didn’t even have a Bible in the house and something like this happened to me? I couldn’t see the connection but, I found a new importance of the book. I wanted to know more. I decided I would go to a bookstore the next day and find one.

I hadn’t even picked up a Bible in over 20 years and now I found myself wanting to go buy one? There was absolutely no one who was going to understand. It seemed too much to take…(998 words)

When I heard Larry say that, I realized that Abigail had said basically the same thing. I had been up to that point, basing everything I did on those three things: how something looked, what I heard, or how I felt about it.

Suddenly, I saw myself alone in a universe I knew nothing about. I had no understanding of what was really out there. It made me feel cold and desolate. I could see, far off in the distance, a warm and welcoming light beckoning to me. But I was no closer to reaching it.

Everything in my little world was vanishing. I had been profoundly changed by the things I had seen, and there was nothing I could do about it. There was no going back. There was no way to go back. Only the future stood before me and the realization that I was lost near eternity.

Inspired by a true story.

This fictional account of the main character, Joe Klempkin’s experience; in the intensity of his situations; brings to light the reality of what he finds: identity and feelings of being lost and the reality of our own struggles as we’ve all searched for our own answers. Join Joe and his friends as he searches for his answers, and you just may find some of your own

She earned a diploma from RHEMA Bible College and after the tragic deaths of her two terminally ill children her inspirational poem, “One Thousand Years” was nominated for best poem of the year, and got her inducted into the International Poets Society.  She now resides in Texas.