(A Response from Within) 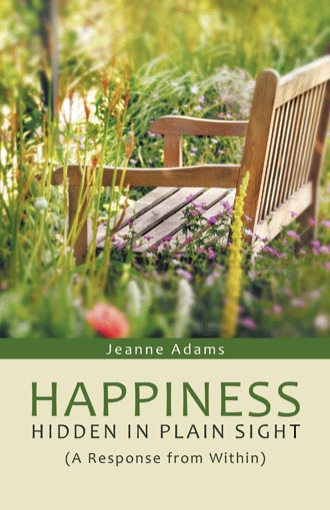 It is obvious that the faster we go the less we see. Things just seem to fly by without allowing a chance to focus on what is there. And we are left filling in the gaps and making our own usually incorrect conclusions about what we have experienced. That is, if we think about it at all. Add to this the countless chaotic distractions of contemporary life today, and life can become a stress induced world filled with unintentional blindness and meaningless clutter.

Recently, a simple comment in the form of a request caught my attention. It was the kind of situation where your mouth is in the middle of a great response but the words remain silent and the jaw suddenly drops and freezes. Sitting across from my friend at lunch, I had asked about her work. It was just the kind of basic question asked when silence has reached the point of slight discomfort and you’re trying to avoid acting like two people who have gone out to lunch hundreds of times and no longer have anything to say to each other. But my simple question about work was met with an unexpected response. My friend said something to the effect of, “I don’t want to talk about that now. I want to stay in the present where I am enjoying myself. Just for a while, I don’t want to plan anything, worry about anyone, or try and remember what still needs to be done. I just want to be here.”

Later, thinking about her reply, I realized that many of us approach each day by starting a car engine that keeps going at a considerable speed throughout the day. We usually have no real reason for the speed. The important thing seems to be to keep the car going and not necessarily in any particular direction, as long as we keep moving. To slow down or stop might be dangerous, possibly exposing us to the meaninglessness of all this multitasking activity that we use to justify our existence.

But what if we gave ourselves permission to slow down that engine? Maybe calming our movements and shutting down distractions won’t produce dire consequences at all. There may not be any overwhelming guilt and no flooding of negative memories with time spent alone or in a state of awareness. In fact, some very happy experiences can come from times when it is okay to just want to be here.

How you might want to use this book: Throughout the book there will be Partial Life Lists of positive feelings and experiences. Try checking off what you have experienced in your life in the same way that a birdwatcher might check off sightings of various life birds. The lists contain simple, positive life enjoyments, all of which can really only be felt in the now. Don’t miss the good that God has given you!

Our society bombards us with negativity, a lack of respect, and fear. We are losing our ability to find the good in others or in situations. We are unintentionally blind to natural beauty, and we lack the motivation to make positive changes.

Happiness: Hidden in Plain Sight (A Response from Within) is the average person’s guide to everyday psychological insights with an emphasis, not on analyzing why we are living by rote, but on how to make things much better! Realizing that happiness comes from within, not from others or possessions, is critical to a successful search for happiness. It is not something to be won or earned, but God’s gift to be discovered.

For a change, there now is a book that is actually practical; a book that not only discusses twenty of the most important therapeutic guidelines for a happier life, but also suggests hundreds of positive ideas. These ideas are designed to remind and motivate the reader to seek out the good things in life that are hidden in plain sight.

As a professional therapist, and after meeting thousands of unhappy people, Jeanne has found that by taking specific positive actions and developing mindfulness, a person can immediately begin to experience a more peaceful and happy today.

Jeanne has over 25 years of experience as a licensed counselor, mental health professional, recreation therapist, and faculty member at two universities.

She is author of the motivational book, Getting People Involved in Life and Activities: 35 Effective Motivating Techniques, and has been published in a wide variety of areas.

Growing up in a family of ten children, she gratefully received many loving messages. She currently lives in northeast Ohio. You can reach Jeanne through her website at http://writingthatnurtures.com