A Mentor’s Ministry in Haiti and Beyond 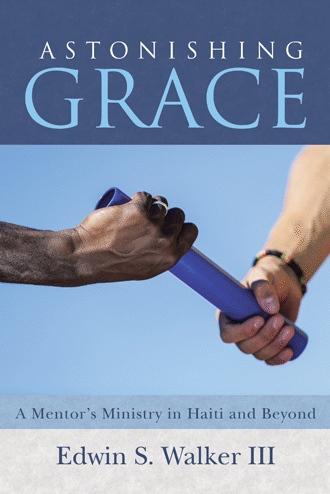 In the Eye of the Storm

God arranged the sign-off of Radio Lumière that day. I could not have planned it better. When I finished reading in French “None of these things can separate us from the love of God in Christ Jesus,” the electricity abruptly failed.

About six or seven hours before Hurricane Cléo struck, I was beginning to feel foolish giving warning by Radio Lumière. The sun was shining. The wind was still. Nothing on the horizon looked ominous. I looked out from the studio to the sea and saw the bay of Île-à-Vaches filled with sailboats. Hoping that some of the boats had a radio on board that was tuned to our station, I warned them of the approaching storm, but they paid no attention since they saw the calm sea just as I did. I also called on the Port Authority to stop boats going out to sea. It was not long before the calm changed to storm.

As the hurricane began to hit, the air filled with flying deadly projectiles–debris and sheets of metal roofing. I looked out the studio window and saw the children of the orphanage on the next hilltop running in all directions, not knowing where to go. I called out over the radio to the leaders of the orphanage, telling them they needed to get the children to shelter as quickly as possible. Except for the operator who was single, I sent the entire radio staff home to be with their families.

We continued to broadcast information received by shortwave from the hurricane center, barometer readings, and whatever I could observe from the hilltop studio. After each update I read a promise from Scripture, played a hymn of hope in times of trouble, and prayed for God’s mercy and deliverance. I followed this format as long as we could stay on the air. The United Nations office in Haiti recorded all of our broadcasts during the passage of Cléo.

Les Dick, who was in charge of the electrical systems at Cité Lumière, risked his life to come to the studio to tell me that he had cut off all lines from our power plant except the one to the radio station. The flying sheets of metal roofing had already shorted out several of the electrical lines. Other lines were down on the ground. By this time both shortwave antennas were down, so I had to turn off the two short wave transmitters. Les promised to keep electricity coming to the radio station as long as possible. The medium wave tower vibrated wildly between the guy wires. Even after the top twenty feet of the tower broke off and the tubes in the transmitter began to heat due to the mismatch with the damaged antenna, a signal was still going out.

Jim and Willette Smith with their children lived to the right of the radio studios.  Just moments before their house collapsed like a house of cards from the force of the wind they fled their home and took refuge in the radio station.

God arranged the sign-off of Radio Lumière that day. I could not have planned it better. I read Romans chapter 8. When I finished reading in French, “None of these things can separate us from the love of God in Christ Jesus,” the electricity abruptly failed.

It was only a few steps between the radio studio and my home. It took me about five minutes, with all the strength I could muster, to open the door against the pressure of the wind. I had spent three days preparing for the hurricane. I had doubled the number of nails used to attach our metal roofing. I had wired three-quarter-inch boards to the iron bars over our windows. I had used a sledgehammer to drive eight truck axels into the ground and attached four half-inch antenna cables over the roof to the axels to hold the roof on. I had stored my books in two 55-gallon steel drums to protect them from the rain. I had moved a large, heavy desk to the center of the bedroom, put the two drums opposite the desk, and hooked the legs of our bed over these.

Mary Lee and I, together with our four children, sat between the desk and the drums under the bed. We prayed together as a family and then we questioned all the children as well as they could understand at their age to be assured that they were trusting in the Lord for eternal life. The Lord gave each one of us a sense of trust and calmness. Only our dog was excited and wild with fear. The wind, like a monster, began to rip the boards away from the iron bars. Unprotected, the glass jalousie windows flew across the room like daggers, shattering as they hit the opposite wall. The roof began to creak and then went off.

Having followed the hurricane information closely from the hurricane center and knowing its size and forward progress, I expected hurricane-force winds to continue for another eight to ten hours. I knew we couldn’t survive that long

Astonishing Grace traces the transformation of an eager learner into a sensitive, incarnational mentor of emerging national leaders. Ed's observant and analytical mind, coupled with his Biblical insights, gave him the tools to grow and be effective. How these circumstances were used of God to shape his missiology and strategy is a story leaders today can profit from.

Astonishing Grace is the story of the evolvement of evangelicalism in Haiti from the '30s to the present. Ed Walker has definitely played a major role along the way.

From humble birth to 'finishing well,' Ed quietly presents the story of the way the Lord met him throughout his life-as student, husband, father, pastor, missionary, educator, broadcaster, administrator, and advisor to dictators and government officials. This will be a classic read for missionaries and missions committees, as well as for pastors, church, and ministry leaders, and theology students.

A founder of World Reformed Fellowship

This autobiography is not just for those who follow the missions' path Ed followed. For those of us whose mission experience is lived out in the marketplace, Ed's journey in missions is still one we can share. And as we learn from him, we will better serve the Savior he inspires us to love and serve.

President of the Association for Biblical Higher Education

Ed Walker spent 23 years in Haiti equipping national leaders and building a vibrant radio ministry. After returning to the United States, Ed traveled extensively, teaching and mobilizing. He served as World Team’s US director for seven years, before continuing his research and writing on missionary issues. He has been involved internationally in teaching, consulting, and facilitating innovative approaches.