The Role of Banners, Flags, and Symbolic Art in Worship 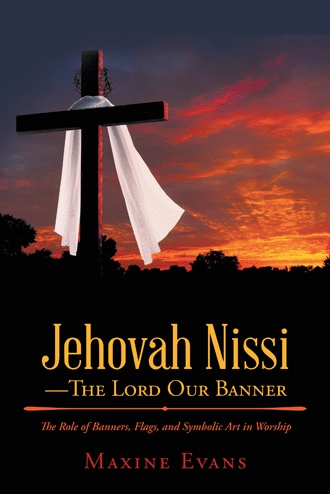 MINISTERING THROUGH THE ARTS

From Genesis to Revelation, we see definite patterns of God’s design for ministering through the arts that reflect His Presence. In Exodus 25:8-9, God gave Moses the art for the tabernacle and all its materials, colors, and furnishings. Our foundational leaders received revelations based on their strong ethics and high moral values, which are principles designed by God.

In the Old Testament, men were able to glorify and please God through His principles. Moses received revelation of the tabernacle representing God’s dwelling place with man. Abraham received the blessings for all the nations. Noah and his family were saved from the flood. The people were able to experience God only when they obeyed His principles. Because man was made in the image and likeness of God with His DNA to perceive His voice, he is able to have His heart.

God used art to communicate to and with men in the Old Testament. The art was used mainly to express Christ through prophesy. The altar built by Abraham in the plan to sacrifice his only son was symbolic of God’s son Jesus sacrificed for our sins. The tabernacle that God gave to Moses was symbolic of His heavenly sanctuary and the ark of His presence.

Art is a powerful and important part of God’s nature and character. From the beginning of creation, we see that His creative power has always been a powerful means of communications. He puts His heart into the arts, which is an important element that can communicate back to Him when governed by His principles. It is the hidden language through which He speaks to us making it natural for His children to perceive His creativity. But in order to understand God we must become His image and likeness through obeying His principles.

Exodus 25:10-22 are God’s instructions to Moses for designing the Ark. Later in Exodus 37:1-9, we read how the Ark was created according to His instructions. God designed it and gave specific instructions for creating and artistically embellishing the Ark. Its adorning artwork includes the cherubim angel, an image made in the likeness of a being in heaven above.

This work of art had a specific purpose in Israel’s worship of God in the Tabernacle. It contained the brazen altar, showbread, and candle stand, altar of incense, veils, Ark of the Covenant, cherubim, and mercy seat. The Tabernacle served as a meeting place for God and His people (Exodus 25:22). It was fashioned according to God’s Word by an artist, Bezalel, whom God had specifically gifted for the task and filled with His Spirit (Exodus 35:30-35). God also gave understanding and purpose for these pieces of art to let the people know they were not for personal convenience or decorations in the Tabernacle. The Ark symbolized God’s presence among His people and the promise of His enduring mercy. Understanding the purpose for the Tabernacle gives us a better understanding of how to worship God on earth just as it is done in heaven.

The Tabernacle is a type or shadow of the actual Throne Room of God in Heaven. The Israelites had to learn how to approach a Holy God. It was important for them to follow God’s instructions like Moses, David, and Solomon did. The danger came when David allowed Uzzar, who was not a priest, to touch the Ark. In Leviticus 10:1, Aaron’s sons self imposed their worship and they died before the Lord.

Art is a discipline that enables us to experience God to the fullest extent. He can introduce new facets of His heart into our dance, songs, prophecy, and visual arts to express His sights, sounds, movements, and moods in the earth.

The greatest manifestation of God found in a human being is when we can express His heart through the arts when we understand who He is. The artist must be called by God, appointed, anointed, chosen, and filled with His Spirit for a special assignment. Exodus 31:1-11 says, “And the Lord spake unto Moses, saying, see, I have called by name the son of Uri, the son of Hur, of the tribe of Judah. And I have filled him with the spirit of God in wisdom, and in understanding and in knowledge, and in all manner of workmanship.”

Art was created by God and for God. Therefore it should express His nature and character. Colossians 1:16 says, “For by him were all things created, that are in heaven, and that are in earth, visible and invisible, whether they be thrones, or dominions, or principalities, or powers: all things were created by him, and for him.”

The artist should express God’s patterns according to what the Lord gives, just as He gave to Moses, because it represents something of importance to Him. Exodus 25:8-9, “And let them make me a sanctuary; that I may dwell among them. According to all that I she thee, after the pattern of the tabernacle, and the pattern of all the instruments, thereof, even so shall ye make it.”

Art expressed through songs, dance, drama, banners, and mime, must be ordained by God. It must represent Him, because we represent Him on the earth. Our art expressions are created by God to be a universal means of communication that extends beyond the boundaries of words. It requires His creativity expressed in a special way. That means spending time before Him; having a right relationship with Him. Our art expresses the culture of the Kingdom, and our heart expresses God’s nature.

Are you ready to experience victory through banners, flags, and symbolic arts?

Discover the Creator’s standards for victory through Jehovah Nissi (“the Lord is my banner”), one of the names of God given to a redeemed people who looked to Him for victory. Today we raise our flags and lift our banners to the One who has already won all battles.

Lifting banners and flags is a kingdom tool of identification, proclamation, and glorification.

For many people, the word “banner” means a cloth on a stick. But in a spiritual sense, it represents the kingdom of God.

Lifting banners and flags in ministry symbolizes lifting Jesus Christ as our victory and making a statement about His truth. They show how we respond to God for His truth, power, and authority on the earth.

Banners and flags represent the victory won for us. The scepter, pole, or rod is a part of the banner or flag that is a symbol of authority on the earth.

Maxine Evans was born in Moss Town on the Island of Exuma, Bahamas. She lives in New Providence. She is the founder of Kingdom Arts Ministry in Nassau, Bahamas, and the former director of the banner and flag ministry at Bahamas Faith Ministries International. Her local and international travels include churches, ministries, schools, prisons, and other institutions where she passionately teaches His heart through His art. Her studies include the Assembly of God Bible Institute by Pastor Vernon Moses, the International Third World Leadership Training Institute by Dr. Myles Munroe, and the Simchat Torah Beit Midrash Institute by Rabbi Ralph Messer.