The Nightmare of a Five Year Old 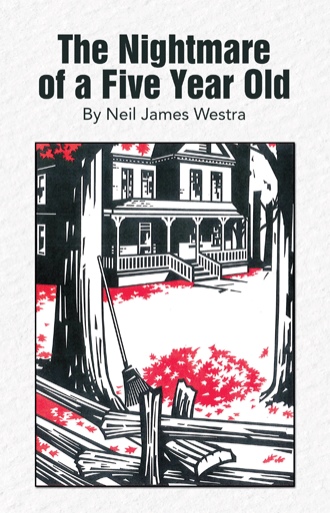 History states that the "GREAT DEPRESSION" started in 1929 and ended about 1939. During that time two people got together and I was born right there in the middle of it all on September the 11th of 1934. No one consulted with me about this, so I had no choice in the matter. To be honest with you, I don't remember much about it. I was not very smart either or I would have declined the offer of daylight. I had no idea what I was letting myself in for. Little did I know I would be locked up in a jail cell in a few short years. As this story unfolds you will see that the word 'nightmare' is the best way to describe
my younger life. But the ironic thing is that the nightmare of another five year old is what really changed my life forever.

My earliest recollection dates back to when I was about four and a half to five and a half years old and my sister Marian and I were spending the night at an aunt and uncles house because our older sister was going in the hospital for a hernia operation early the next morning. We both slept on their sofa that night and the next morning I was up and headed to the bathroom when I collapsed on the kitchen floor. My aunt and uncle were eating breakfast at the table as I walked by and I just fell down. About
that time Marian came into the kitchen and she fell down also. The next thing we knew we were in an ambulance and headed to the hospital with siren blaring. We were taken to the hospital where we were diagnosed with polio (Poliomyelitis / Infantile paralysis.) Polio epidemics ran rampant in the first half of the 20th century and we became victims. She was there for over a year and went home. I was there for over a year and a half. I remember being paralyzed from my neck down and not being able to move
most of that time. We were wrapped in hot heavy blankets twice every day. I remember the spinal taps that were so painful they would tie us up and hold us still while they put long needles in our spine. I remember laying in that hospital bed and concentrating for hours and hours to just try to move one of my feet. When I was able to stand up with help and learn all over again how to walk it was extremely painful to the point of passing out. I had boils on my legs when I started to get better and both legs were bandaged in several places. I also had boils on my back that were bandaged. We both are having problems now with Post-Polio Sequelae, (PPS), also known as Post-Polio Syndrome. She and I talked about that time and neither of us can remember anyone ever visiting us but as you read on you may see the reason why.
As soon as my dad went out the door to go to work my mother went out right behind him with her boyfriend. They both slept around on each other all the time. My older sister and I were left to take care of all the younger children. We were in survival mode all the time. One particular time we were left with no food for days. The younger ones were crying constantly. I became desperate. I went to the store and I stole some food. We were all by the table eating when my mother walked in with her boyfriend. The
first words out of her mouth were "Where did you get that food?" Not a hug, or "are you ok?, are the babies ok? Oh I missed you". Just "Where did you get that food?" She knew, SHE KNEW there was no food in the house. I told her "I went to the store and stole it". She went right out and called the police. They came and questioned me and took me in the police car down to the juvenile home where they

locked me in a jail cell in the basement. I was there for several months. I was seven years old at that time. I heard later that the authorities went back and took the rest of the children from the house. (This was a house not a home.) My two younger brothers and two younger sisters were adopted out at this time. I was told that us three oldest children were "unadoptable". I had heard that but never did understand why. Later as I was going through a lot of old papers in preparation for this book I learned that the two oldest girls were being treated for a venereal disease that they had received from my dad. This was all spelled out in the divorce papers. I think I was labeled a "thief" and locked up at that time and therefore unadoptable. Us 3 oldest children became wards of the court. My parents were divorced 2 years later. I remember the cell I was in was not very big and there was a small narrow window up near the ceiling at ground level and if I backed up against the bars and stood on my tip toes I could
sometimes see children playing outside and now and then I would see one or two of my sisters. When they locked me up I never knowingly saw my one sister and two brothers again for fifty years lacking one week. You talk about a reunion to top all reunions, that was it. My sister Marian and I were reunited with the other sister (Margaret) about 12 years after she was adopted out. I was 19 years old at that time. (More on that later).

At the young age of seventy-nine years old, and with very limited education, he wrote this; his first book ever. This book tells about how at the age of seven he was put in a jail cell for several months in the basement of the juvenile home, and two brothers and two sisters were all adopted-out at that time. He and two other sisters were ‘unadoptable’. These children were separated for fifty years, lacking one week. Some of their tracks crossed, but they were unable to recognize it at the time. This is a true story.

Neil Westra and his wife Kitty raised their three children on a farm in Michigan. Later he retired from the electrical trade, sold the farm, bought a used motor home and traveled for fourteen years mostly doing volunteer work. They now reside in Chickamauga, Georgia trying hard to get old.