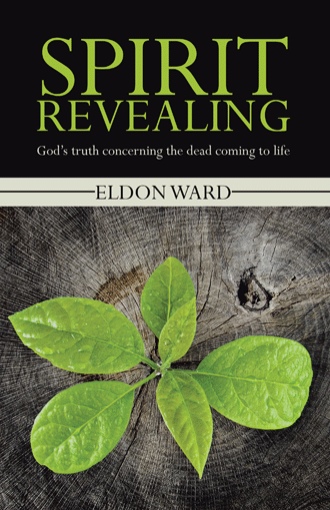 Preface
-Revised Standard Version, Thomas Nelson & Sons, 1952
-Zondervan KJV
-multiple history books, but only when two or more say the same
-Corpus Juri Canonic
-65 years of life's teaching
CONSIDER: Do I truly believe God? Do I truly believe Jesus? Or, am I just following perceived-society? The prophets and Jesus said every word out of the mouth of God would come to pass. If Jesus is truly the son of God, then today, something has to be wrong with mainstream Christianity. Simply because, Jesus said many will knock but few will enter! What of: the whole world wonders after the beast and worships his image. Doesn’t these statements say; what is most popular with man, is wrong in the eyes of God? Is this not the way, each time God has given a new covenant?

According to the revelation of the mystery which was kept secret for long ages but is now disclosed and through the prophetic writings is made known to all nations, according to the command of the eternal God, to bring about the obedience of faith--- to the only wise God be glory for evermore through Jesus Christ!

God has consigned all men to disobedience that He may have mercy upon all.

Blessed are you --- --- for flesh and blood has not revealed this to you, but My Father who is in heaven.

Brethren, take note: those who create dissensions and difficulties, in opposition to the doctrine which you have been taught; avoid them. For such persons do not serve our Lord Christ, but their own appetites and by fair and flattering words they deceive the hearts of the simple-minded. Jeremiah said, for both prophet and priest ply their trade through the land and have no knowledge.
Eldon Ward, as was with Apostle Paul, 2Corinthians 11:6 “even if I am unskilled in speaking, I am not in knowledge.” ---The Lord said, the majority of people will not listen to God’s truth, but will continually wonder after the beast. That beast being, 2Corinthians 10:12 “Not that we venture to class or compare ourselves with some of those who commend themselves. But when they measure themselves by one another and compare themselves with one another, they are without understanding.”
Can there be any doubt that the Lord was speaking of hand-me-down-religion? Both old and new testaments say, “Those taught by God need no other teacher!” Would God teach a couple hundred different doctrines?
Denominational preachers “claim” to have been called of God to give His truth. Paul said church is in a man’s house. Jesus gave the same calling to all true believers, “go into the highways and hedges and compel them to come.” Contrary to popular belief, Jesus was speaking of coming to Him, personally in Spirit! Not to priest, preacher or denomination! The curtain has been torn in two!
The Lord’s prime example of one (Philip) called to be a preacher (all true believers), was in showing another person the balance of the old prophets to Jesus.
Those that venture to class to learn the wisdom of men (in God’s word) will not be taught by the Holy Counselor. For, they are displaying they do not believe the book of John, to which is blasphemy of Jesus and the Holy Spirit.
Therefore, God said they would not eat of the tree of life that they may live forever (flaming sword/Spirit of God). “Where there is no prophecy the people cast off restraint, but blessed is he who keeps the law
Since the time of Jesus, the majority of people have bought into the used-car-salesmanship of preachers. Yet they will not open the mouth of God and study. Or, if they should read, it is not the words of God they follow, but the perceived wisdom of educated men. “Many will knock but few will enter.”
(JOHN) 6:45 It is written in the prophets, “and they shall all be taught by God.” Everyone who has heard and learned from the Father (Spirit revealing God’s truth through His word) comes to me (Jesus).
To those whom will humble themselves, with all sincerity, asking God for truth: A witness from Eldon Ward that the very Spirit of God still speaks to the mind of people. It is the foundation of Jesus’ church. The prophetic writings is the mouth of God. Not taught by human wisdom but taught by the Spirit, interpreting spiritual truths to those who possess the Spirit (imagination is not spirit)!
The only way to possess God’s Spirit is when one is completely convinced that “every word out of the mouth of God” is the only truth and dedicates life to it, through asking the Lord for understanding!
The first third of this book will be hard to absorb, but the further a person reads, the more light will shine. The author of this book is actually just one taking dictation from the Spirit of God. Therefore, all people that get hurt feelings from reading this book, or shameful feelings as this author did, don’t get mad; search the scripture and history to “Truthfully” prove it wrong! Not just another opinion but, prove it wrong in the eyes of God!

God desires fellowship with spirits the same as is His Spirit. Because there is none like Him, He decreed to make some free spirits that would have the choice of being like Him or indifferent to Him. Because, it is not in God’s make-up to lie, He set forth a proving ground for His creation and decreed there would be two observances. A day of rest and reverence to Him, and one point of forbiddance. God consigned His creation to break both of His ordinances that He may show mercy. Then, He taught the truth of His Spirit. However, man’s disobedience had to be atoned for, so that it would be clean. With only God being worthy enough, to keep His decree from becoming a lie, His own cloned Son/let there be light, laid down His flesh life in His Father’s place. That there can be no deception in His eternity, only the free spirits that choose to live with His Spirit, on earth, will be allowed to live in His eternity.

Eldon Ward began life in the mountains of southeast Oklahoma. He moved around a lot as a child, having attended nineteen different schools in Oklahoma and Texas. Eldon served in the Army during the Vietnam War. He later received a degree in business. He has spent his life in search of the truth of God. He now lives in Oklahoma and enjoys writing.