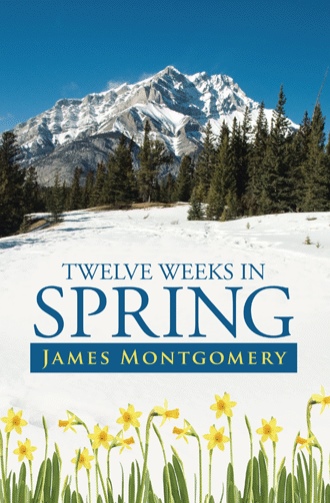 On Sunday, February 7, 2010, a bitter quarrel broke out in a youth fellowship meeting following the evening service in a small church located on the edge of a large city somewhere in the English-speaking Western world. For some time the church had been struggling to survive. Meetings were held in a temporary wooden building with limited facilities, and Sunday-morning services attracted no more than thirty-five souls, including children. However, there was a shared vision for a new church building with better facilities, which would encourage growth and lead to a viable local ministry. There was a healthy and growing building fund, ample building space, and a favorable location in an area of new housing development. There was some faith and optimism that better times lay ahead. Because it was such a small congregation, almost everybody was personally involved in the issues that caused the quarrel, so the very survival of the church was at stake. The leadership went to prayer and fasting to seek God for a way out of the crisis. All the usual steps were taken to get to the root of the problem and find a basis for reconciliation, but as the weeks went by, relations between the parties continued to deteriorate. After the morning service on Sunday, April 25, there were further bitter exchanges, everybody left, and the church closed. As the pastor I have to accept responsibility for the failure of the work to which I was called, and since that day I have struggled with the questions, “Why did God allow this to happen? Why did God not speak to all concerned so that they might seek a solution?” There is nothing unique or unusual about this story. All over the Western world, Bible-believing churches are at war within themselves. Christians are offended with each other to such an extent that their behavior is no different from that of the people they are trying to win for Christ and in some cases far worse. Self-justification seems to be more important than reconciliation. One day not long ago, I sat down and reread the twelve Sunday morning sermons I preached during that twelve-week crisis. As I did so, God showed me that he had indeed spoken at that time, but nobody was listening. I was reminded of the fundamental truth that even when God speaks, clearly calling to repentance and faith, man still has the freedom to ignore him and walk away. These twelve messages are reproduced here with the prayer that they will be of some help to other churches where there is conflict and division. It doesn’t have to end in disaster. There is a better way.

There is a fundamental Christian virtue which today has been all but abandoned by the evangelical Christian church in the Western World. It is unpopular because it does not rest comfortably with our success-driven, survival-of-the-fittest, consumer society. It is distasteful because it is perceived to require us to be less than we really are, when we wish to appear more than we really are.

I am referring, of course, to the virtue of humility (Matt. 5:3) which is not easy to define but in practical terms can often mean little more than giving place to others and showing them respect and courtesy, whatever the circumstances. This little book is about what can happen when humility is completely cast aside and what I believe Almighty God has to say to us on the subject.

Pastor James Montgomery, BD, MTh, is retired from the preaching ministry and now devotes his time to reading, writing, gardening, cooking, DIY, keeping fit, and spending time with his grandchildren.