The Real World behind the Curtain of Time 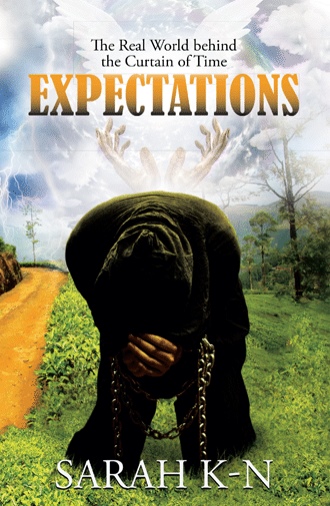 Sometime in the Twenty-First Century

At around ten o’clock in the morning, the tall, dark-featured frame of Edward James Lanston entered his mansion; he was an almost perfect duplicate of his ancestor Wann of Brogan. Continually conversing with clients through an earphone with unceasing charm, he gracefully shifted his most important meetings and appointments from the morning to the morrow due to a splitting headache.

Dropping his keys on the mahogany console, he headed toward the luxurious sitting room while his servants promptly rid him of his attaché case and overcoat.

Today he’d left his company early due to his wife’s persistence, after a severe migraine that had woken him at three o’clock in the morning gave no sign of letting up. Walking over to the couch with pained steps, the mansion’s owner sat down to remove his jacket and tie as he finished off with the last prominent client. Pulling off the burdensome earpiece he used for communication, he set the object on the glass-and-marble table proudly standing beside him and lay down on the plush sofa. Placing his legs on the armrest, Lanston mentioned to the servant who had just finished picking up his belongings that he needed nothing else. He wanted to be left alone.

Already feeling the soothing effects of the pain reliever he’d taken in the car on his way home, he closed his dark eyes and tried to rest, but a strange sensation came over him.

Just as sleep promised to completely draw him into its paralyzing arms, Lanston suddenly saw a man standing before him in another dimension. Hidden in a whir of flies, which hummed rapidly around its master like a spinning cloud, the intruder standing in the airs filled the atmosphere with darkness and terror. Without further hesitation, the man attacked the representative of Wellington’s secret society boldly, knowing his own real identity was perfectly masked.

Edward Lanston, distracted just for a moment by the grotesqueness of this vision, gave the concealed man just enough time to swiftly throw at him something that resembled a fiery dart. As this dart sped toward him, it lengthened into an arrow; and, riding on the arrowhead, Edward saw an imp. The arrow and its flames seemed to disappear beneath the foul creature, and the grinning imp quickly transformed into a hideous black fog.

This little life, which had taken the shape of a shadow, had a mind of its own; and once released from its owner, it sped with dizzying speed toward the sleeping man, attaching itself painlessly to the base of Edward’s neck, completely covering the area of the cerebrum. Edward James Lanston watched helplessly as the hideous shadow of darkness now penetrated his head like a mist and disappeared. Reaching the central nervous system, the entity penetrated Edward’s brain and immediately found what it was looking for, the group of cells supporting and protecting the nerve cells.

Panicked before he could even understand the shadow’s intent, Edward wanted to counterattack but realized those precious seconds of idleness had cost him and that his lack of reaction had left him vulnerable and exposed.

The tormentor, using the form of darkness and shadow to possess its host, now easily perverted a healthy glial cell. This perverted cell immediately created a clot and then a chain reaction.

Quickly, the life behind the now-abnormal astrocyte cell began to multiply at such a speed, that it became impossible for a panicked Edward to divest himself of the entity, no matter how hard he tried. The mitosis sped up and multiplied cell upon cell, cell upon cell, as the life quickly worked to build itself a body. In no time the body was made and it took on the shape of a crab. There it became bright red as it went along, greedily filling itself with its victim’s fresh blood yet never being satisfied from the sticky fluid off which it lived.

Still lying under the influence of an artificial slumber, Edward watched as his own head of jet-black hair suddenly filled with thorns, but it wasn’t the end. In a few seconds, he watched in fear as these dark needles invaded his entire body, and he began to suffocate under its possession faster than it took for the disease to spread throughout his brain. By the time Edward felt death creeping into his struggling consciousness, the apparently innocent-looking imp had transformed itself into a cell resembling a crab, and the quantity of life fluid this living cell drank grew to the level of one thousand crabs one hundred times its size.

As the tumor cells began to infiltrate the surrounding brain and the man’s spinal cord, great tremors ran through his physical body, and Edward was about to die in his vision, when he saw a powerful entity in white come to him from eternity with great speed.

Seeing the arrival of the heavenly messenger, Edward’s oppressor cried in terror. With one glance, the powerful, heavenly angel caused the dark spinning cloud to dissipate from around the concealed man, the master of the imp. The flies scattered in terror, revealing the agent’s face before his victim. Edward clearly saw one of the council members of the same secret society in which he was a member. The man, doing everything to conceal his face, fled before them in confusion.

A pastor is faced with a dilemma when his twin nephews, sons of his only brother, cry out to him for help. Faced with all kinds of strange happenings and unnatural events in their house due to their parents’ adherence with the occult; the children’s fears push them to break a pact of silence established by their father regarding the secrets of their household.

How can Ace help his nephews without letting the dark forces that torment their lives affect his own family? The more he struggles to help the twins, the more the Secret Society to which the boys’ parents belong rage their war of evil upon him. Only a living God could help Ace overcome this war and emerge victorious. But will he; Ace Cadman, have the courage to step into the supernatural realm beyond the curtain of time when his God calls him on the scene?

Sarah K-N grew up in Buffalo, New-York but matured in Kinshasa, the Democratic Republic of Congo. Most of her adult life, she had a successful career working for the United States government. Her last years with the State Department were devoted to managing the Adoptions Portfolio for the US Embassy in Kinshasa, DRC. Upon her return to the U.S, she worked for a year as a Pharmacy Technician in Columbus, Ohio. Simultaneously, throughout her career, she worked at the side of a servant of God who has used his ministry to help free innumerable desperate cases from illness and bondage. It is through a mixture of these experiences that she has based her novels.