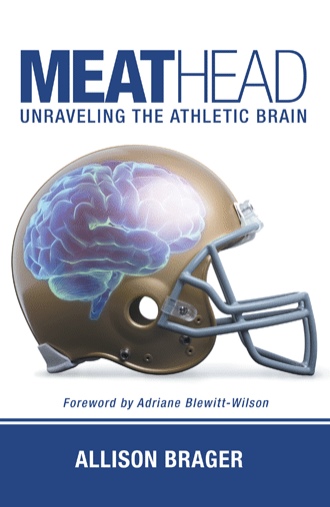 Brain of a Sports Junkie

There are thousands of individuals in the US who annually spend thousands of dollars supporting some professional sports team or city of sports like Boston or New York. I always found this behavior strange, although I may be biased because I have never had to spend money on athletic apparel, practice and competition gear, and game-day travel throughout my years of high school, collegiate, and semi-professional athletics. Allegiance to a sports team goes well beyond purchasing a $100 jersey of the hottest recruit or spending $200 watching him live though. The Super Bowl is a great example. I traveled with friends from Atlanta to New Orleans to tailgate at Super Bowl XLVII (stadium blackout coupled with the retirement of Ray Lewis). Since most of us were “professional students,” we economized by renting an RV and camping spot, split the gas, and brought our own food. Factoring in libations on Bourbon Streets and local food fare, I spent close to $300 on the weekend. That’s enough to raise some eyebrows, but not after spending many hours with our RV park neighbors who travelled in RVs equipped with 49ers or Raven-branded banners, inflatable decorations, and other NFL-branded accouterments from as far as California and Texas to spend the week reveling in pre-game recognition parties and attending the game. Many of our RV park neighbors admitted with little coercion that they spent $10,000-20,000 on that week!! So, what is it about the sports junkie’s brain that entices him (or her) to spend a significant portion of their disposable income on something so intangible?

As a researcher in the field of drug addiction, I would argue that there is some unbalance in the sports junkie’s reward circuitry that would entice them to make this arguably poor economic decision. In fact, the reward circuitry is a major biological substrate of study in a budding new area of research called neuroeconomics. So let's look at differences in brain activity in loyal fans of a winning versus losing team in America's second most anticipated sporting event of the year--March Madness—and America's favorite teams--Duke University Blue Devils and the University of North Carolina Tarheels. In this study, researchers at Duke compared brain activity with fMRI neuroimaging in fans who were asked to watch a historical game between Duke and UNC wherein Duke won and UNC lost. I guess it is no surprise that the funding institution would choose this outcome.19

The most important detail of this study is that every research subject had great knowledge of the Duke and UNC basketball programs; each person interested in participating in the study was pre-screened and asked to recall specific passes, shots, rebounds, and penalties of this historic game. After this pre-screening, like-minded fans were asked to watch the game and then undergo fMRI testing. Most fans had very high levels of activity in the frontal cortex that regulate attention (anterior cingulate and dorsolateral cortices), areas in the temporal cortex that regulate memory formation and recall (medial temporal lobe), and motor areas like the basal ganglia, demonstrating that these die-hard fans were very much involved in the game, cognitively, emotionally, and behaviorally. However, Duke fans did have faster recall of key game moments compared with UNC fans. Keep in mind that Duke won this game. Not surprisingly, there was a clear gender difference in regards to statistical knowledge about the game during the pre-screening period, the extent of recall of key game moments, and brain activity in motor areas. Thus, males were easier to recruit to the study compared with females and “performed better” in the experiment. We do not know whether these neurological traits of fandom and namely gender differences in fandom reported in this Duke study have a biological manifestation or are solely driven by society. I guess an appropriate control would be to use this same testing paradigm for a memorable moment in women’s gymnastics—"The Magnificent Seven” of the 1996 Atlanta Summer Olympics—or figure skating showdown between Nancy Kerrigan and Tonya Harding during the 1994 Lillehammer Winter Olympics. At any rate, it does appear that the brain of a sports junkie, behaves uniquely in the face of athletics much like that of an amateur athlete with practice or seasoned athlete.

Meathead bridges scientific discoveries with athletic anecdotes to unravel the neuroscience of exercise for the jock, gym rat, and sports nut. This is one of few popular science books that strictly focuses on exercise and athletic performance at the level of the brain. This book also serves as inspirational reading for the “pre-determined” couch potato by showing how easy it is for the brain to positively crave exercise and the short- and long-term benefits of exercise for brain health and function. For athletes and coaches, this book provides unique perspectives for enhancing athletic performance and recovery.

Dr. Allison Brager is a neuroscientist and science educator by day and an athlete and coach by night. She holds a Bachelors of Science in Psychology from Brown University and a Doctorate in Physiology from Kent State University. Dr. Brager’s research focuses on the physiology and genetics of sleep and behavior. She actively publishes in biomedical journals and has been featured in the media. Beyond the laboratory and classroom, Dr. Brager is a Crossfit® athlete and former Division I collegiate athlete who has competed in international competitions televised on ESPN networks.