Behind the Darkest Hours 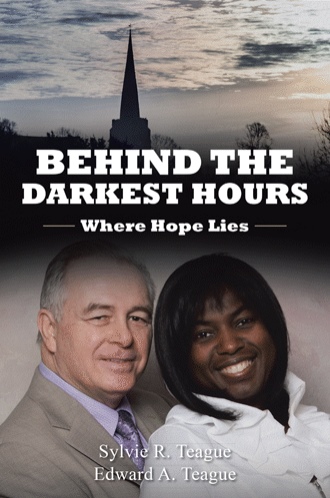 The first Monday in September has now become an unrelenting reminder of how quickly life changes. For our family, it is no longer simply Labour Day. When I look back into time, I am eternally grateful that we did not allow the summer to escape us and pass by unnoticed, nor did we postpone the beautiful moments we spent together on this very day. It was around noon when we arrived in Ottawa picked up Carey and Jenny to have brunch at a local restaurant. We sat together at a window booth as we normally did. As usual, before our meal, we played hangman on the “brown paper” tablecloth that so lavishly covered each table and accompanied by the lovely used wax crayons decoratively sitting beside the utensils which were wrapped either in red, blue or green plaid cloth napkins.

Over time, we had learned that in order to defeat Ed at this simple, childish yet challenging guessing game that he so easily excelled at, two or three of us had to team up against him. Only then could it be seen as playing on level field. It always seemed so unfair that he would consistently guess the answer before guessing any letters. Carey and Jenny always moaned when he did that.

Today would become unforgettable! Carey was his usual laid back self, full of smiles showing off his dimples, and Jenny, although showing signs of fatigue, was still full of energy as she always was. During our discussion, I came to understand why she was sporting the tired look. Over the past week leading up to the start of school, Jenny had been working the closing shifts at work. She was trying to juggle sleep, school, closing duties and now lunch with us.

While Carey and his dad were engaged in conversation, Jenny and I were involved in one of our own. She enquired how I had been feeling since being home from work and was pleased that I had improved so much. I learned that Jenny and a girlfriend of hers had been going to the beach at Brown’s Bay along the St. Lawrence throughout the summer. She discovered from our conversation that this beach was on route past our home in Spencerville. She was so excited to come visit on her own. Her excitement was dampened when I informed her that I was returning to work the following day. For Jenny, the recent assignment to closing every night at work allowed the others, with more seniority, to return to school without the late night shifts. At the end of the conversation, we both agreed that she could not continue closing every night and expect to function well at school. We also agreed that she needed to be careful walking home since her new place of work, unlike her previous employer, did not offer rides home to the employees who worked closing shifts, as a safety measure.

We had a great time that afternoon. We played! We talked! We laughed! Carey was still laid back and Jenny, well, she was still full of life and was intending on getting an afternoon nap when we dropped them off at home. She was working the closing shift that evening once again. Our joyful goodbyes filled the air as they exited the vehicle and headed for the driver’s side to give their dad big hugs. With the “I love you, Dad!” they slowly walked away and entered the doorway of their home. We always waited until they were safely in the door and for that final goodbye wave.

At that moment, it seemed like we had it all. I was feeling better than I had in a very long time and returning to work in less than 24 hours. Ed and I were loving life together. The kids were doing well and looking forward to their final school year. Life looked perfect. We had lifetime of happiness ahead. In a few days, life would change direction on us. None of us could have ever seen it coming! There was no warning! We had no way of knowing that this would be our last day together – the four of us. Who could have known that these happy moments would soon be sorrow? So for everything, there is a season. The talks, the laughter, the fun – it would all become a distant memory that we would struggle not to lose over time.

That joyful final wave as they disappeared, closing the front door behind them, would be the last we saw Jenny’s smiling face. It’s the responsibility of parents to protect their child but it’s impossible to watch them 24/7.

We never dreamed our lives could change so dramatically, but nothing can take those memories away. Not even the darkest hours can shatter our memories. They are much too precious. When our minds drift over the dark moments in our lives, these are the memories God gave us to remember. He uses them to chain those dark hours and release the joy of life so we can have hope and live again. People talk about the familiar feeling of your heart skipping a beat when you’re in love, or sometimes your heart pounding in your throat at the thought of approaching that special someone for the first time. No one really talks about fear on those same terms, but really, we should. That is how we felt when our hearts were gripped with fear and dread. I believe our hearts were afraid to beat each moment as we struggled to understand in our own selves what was happening.

Truly, only God knows what will happen in our tomorrows. We can only live successfully each day by trusting and believing in Him. If we lose our faith, then most certainly we will lose the next most precious surviving tool, and that is, our hope. Without hope, we lose everything – our joy, our peace, our comfort – and ourselves. Without hope we would be reduced to a mere shell of what we should be – always living in the past and never looking forward to the future. We can’t build strength and character while living in the past.

I believe that hope is life for our souls. Each one of us who aspires to be more than what we are at the moment relies on hope to propel us to work toward that dream or goal. If we all knew for sure what would happen next we wouldn’t have a need to hope. In this case, we certainly didn’t know what was happening at the moment, so it was impossible to know what would happen in the future. We had to hope for something more, for something better.

The one thing we were certain of then even as we are now, and that is, God was in control. We didn’t understand anything else at that time, but we understood that our faith in God was important and would become our anchor. There is a time and purpose for everything under the sun and only God knows why and the end result. It was our time to keep silent so God could speak.

No one is immune to crime. Behind the Darkest Hours is the realization that the road back into living a new life is a process. Victims’ lives aren’t neatly wrapped up in a one-hour drama and a myth called closure. You never forget the loss. It is a true inspirational and powerful story of prayer, faith, and forgiveness that brought us from personal tragedies to public triumphs.

The general public only gets a glimpse of real-life tragedies from media visualization and media sensationalism, without a real understanding of daily living for the families involved. When bystanders turn off the news, they go to sleep and forget, while those families weep.

Behind the Darkest Hours is a source of encouragement and strength to victims and their families to survive beyond the pain and agony of victimization. It’s an encouragement for everyone to hold on to hope.

Even in the most horrific circumstances, we can still survive. Most importantly, God is still present. Readers should be encouraged to know that God is trustworthy and he honors faith.

Ed and Sylvie Teague currently serve on the board of directors for Victims of Violence, Canadian Centre for Missing Children. Since the murder of their daughter, Jennifer, they have dedicated their lives to helping other victims of crime, fighting for increased rights and services for victims in Canada, and supporting victims in dealing with violent crime.

Their efforts and appearances at Senate committee hearings have helped changes to Canada’s Criminal Justice Act. Their desire for positive changes has led to talks at post-secondary institutions, churches, and television interviews.

They have been honoured among those highly distinguished with the Queen Elizabeth II Diamond Jubilee Medal. They currently reside in Spencerville, Ontario, with their two dogs, Jazze Kasia and Lucky Tiger.