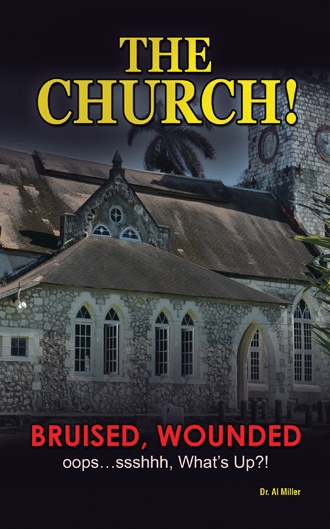 The Heart of God is to bring the Church to maturity, purifying, healing hurts and bruises; empowering her to unite her to reflect His own image and likeness. This empowering is to enable her to take dominion on the earth as he designed us to do individually and corporately!

We are to shine our light so that the earth may know and see that we are God’s (children) disciples and for the final move before His return!

Among the many possible blockers we could come up with, I would like us to look at three primary areas existing in the Church which hinder the light from shining. All three could be positively transformed, if light is released into them! They are:

2. Ignorance: The cause of which can range from poor communication to disinterest and malice!

3. Reproach: This is the sort of action that brings discredit to the faith and others, causing wounds and hurts in the Body of Christ and in its witness in the world.

Firstly, the Light must be unhindered to obliterate the darkness caused by:

“A people united, nothing shall be impossible to them” (Genesis 11:6)

One of the greatest factors that confuse and turn people away from discovering a personal relationship with Christ is the disunity of the Church! In this Army of God, many walk around shooting their fellow soldiers. Stop it! We can walk in loving harmony even when we have great differences of opinion and vastly different perspectives! If you are happily married you know that!

Too many Christians squabble and treat each other unlovingly. They gossip, criticize, compete and undermine each other. Deception and hypocrisy are rife among believers. These cause disunity which fragments the Body. It destroys communication, reduces resources, and weakens the impact of our effective witness worldwide. Disunity limits the voice and best collective wisdom of the church. Disunity facilitates the build-up of satanic strongholds and agendas in the world and minimizes the collective power to influence real change in nations. It also lessens the ability to fight injustice, the cause of the poor and the oppressed! Disunity is divisive and of the devil! But if you have bitter jealousy and selfish ambition in your heart…This… is not that which comes down from above, but is earthly, natural, and demonic

We waste valuable time and power criticizing, tearing down and blocking each other rather than doing what the Spirit inside of us has come to do in and through us! The work of The Spirit is to come alongside to aid, support, strengthen, uphold and build each other for the common and greater good. We must take great care to overcome the existing fears and jealousy that contribute to the disunity among us. Our existing fears and jealousies may be driven by our misunderstanding of what unity really is. That’s where some confusion may lie. So let’s discuss unity for a moment.

The power of Oneness!

As we begin, it may be instructive for a distinction to be made between Unity, Unanimity and Agreement:

1. Unity or oneness is rooted in a Bible Greek word, Henotes, which literally means “one” or “oneness”.

2. Unanimity or same mindedness is connected to four Bible Greek words: Homos, literally meaning “same”, Thumos which means “mind” or “one accord”; Autos also translated “same” and Phroneo often translated “mind”. Together we get the reference to “same mindedness” or “thinking the same thing”.

3. Agreement is rooted in a recognizable Bible Greek word, Sumphoneo, (from which we get the word symphony) which literally and understandably means “sounding together”.

Imagine what would happen at Church or in the whole Body of Christ if Unity, Unanimity and Agreement all came together!

In this work Al Miller leaps over complicated theological jargon to deliver to us the simplicity of this vital component of the Church and leaves us wanting to pursue more about its purpose in contemporary society. I was inspired by this work and know that you will be also. The well though-out presentation of the author’s proposition guides us through to the conclusion that there is a vital place for the church in our post-modern world.”

Rev. Dr. Al Miller sheds much light and brings needed peace to the ongoing dark and angry debate that currently threatens to divide Christendom. He inspiringly posits that the Church’s mega messengers and their focused messages (some would argue erroneous), fit the puzzle of God’s wider master plan. It calls readers to understand the role of the Church (to reconcile, redeem and rule) and the responsibility of each of us (to walk in love and understanding). It challenges readers to recognize God’s Divine Purpose, Direction and Coordination for His kingdom purposes and our prosperity. It calls on the current mature Apostolic and Prophetic leadership of the Church to take control of the current situation and unite the true Church in this time!