The Story of the Messiah

A Historical Account of the Life of Jesus Christ 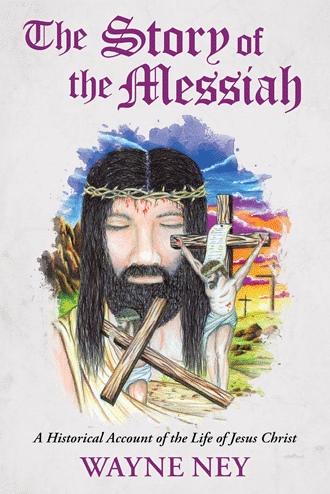 Excerpts from The Story of the Messiah

From Part VI – The Perean and Judean Ministry

Jesus paused once more.  He had often alluded to the fabric that fulfilled virtuous prayer.  Certainly, forgiveness was a necessary component as he had taught his disciples to seek God’s remission of their sins as well as divine intervention in pardoning those who trespassed against them.  Regarded in time as the Golden Rule and soon to flourish as a fruit of God’s Spirit, love was especially important.  Without love, everything else, including prayer, failed, and the petitioner profited nothing.  A third ingredient was faith, and Jesus had belabored its vitalness again and again.  Faith, the substance of things hoped for, had cured the centurion’s son, the woman with the blood issue, the daughters of Jairus and Athenais, and several blind men, yet its lack had dampened the initiatives of Peter and the rest of the disciples during the storm on the Sea of Galilee and had disheartened their attempts to cast out the demon in Caesarea Philippi.  After considering the price of this last godsend, the evidence of things not seen, Jesus asked, “Then again, will the Son of Man find faith on earth when he comes?”

From Part VII – The Passion

The courtyard was deathly quiet when Jesus finished what would become the most scathing denunciation of his ministry.  The thunder of his voice and the fire in his eyes had caused many in the crowd, especially the Pharisees, to tremble and pale in fear.  He had tolerated their religious pretense his entire life, but now, on the eve of his mortal existence, the time had come to reveal the insincerity of their behaviors and attitudes.  Having fashioned themselves into idols, they had become even filthier in the eyes of the Lord than the Israelites who had forged the brazen bull, and because their practice matched neither their profession nor their expectations of others, they were fraught with wickedness, yet pounced on every opportunity to condemn transgressors of the least of sins.  While they sought ways to feed their pride, he taught humility.  While they attended to outer appearances, he stressed the inner nature.  They pointed fingers and declared, “I’m holier than you”; he opened his arms, saying, “Blessed are the merciful.”  Moreover, their murderous hearts were even now contemplating a deed to which the entire Hebrew Bible – from the first book of Genesis and the blood of Abel to the last book of Chronicles and the blood of Zechariah – bore witness.

Having sermonized for more than half the day, Jesus was a bit overcome, especially after this most recent tirade.  He sat down beside one of the thirteen chests strategically placed throughout the Court of Prayer for the donation of various coins and observed the people as they surrendered their money into the trumpet-shaped depository.  One after another, several rich men swaggered up to the coffer and unloaded handfuls of silver coins.  Then, a poor, elderly widow shuffled by and dropped in two copper leptons, a hundred of which would not quite pay a day’s wage.  A lump formed in his throat as he beckoned his disciples to join him.  After explaining what he had just witnessed, Jesus said, “I tell you truly, this poor widow put more in the offering box than everyone else, for they gave only the excess of their riches, while she gave all her available funds, as thin as they were, to Jehovah-jireh.”

From Part VII – The Passion

Pilate came out to address the crowd for the fourth time, but when he glanced over at the prisoner, he stopped in his tracks.  Besides the red robe he had worn from Herod’s, Jesus now sported a crown of thorny branches, and streaks of blood lined his face.  His shoulders sagged as he tottered unsteadily before his accusers; a wooden stick twitched in his right hand.  Pilate was in awe, for even after considering Jesus’ enfeebled state and ridiculous attire, he could still discern the calm, majestic, and benevolent demeanor.  Throughout his life, he had witnessed many men as they confronted the shadow of death, but none had ever accepted the prospect of their imminent mortality as quietly as this man.  Like dogs, they had lashed out at their adversaries, fought tenaciously for their survival, or pleaded for one last reprieve.  On the contrary, Jesus simply conceded his fate.  While they had clutched desperately at the thinning threads of their existence, he seemed prepared to lay down his life.  Hoping that the flogging would satisfy the multitudes, Pilate commanded, “Look at this man!”

“But I cannot find any reason to condemn him!” Pilate insisted.

“You crucify him!” Pilate growled.  Then, after pouring some water from a pitcher, he washed his hands in mock ceremony, saying, “I will not be held responsible for the blood of this innocent man!  This will be your doing!”

One of the priests in the crowd hollered out, “Let his blood be on us and on our children!”

The Story of the Messiah exposes a host of Jewish customs, attitudes, political sects, and institutions during the time of Christ and chronicles the events of His life in Hebrew fashion while harmonizing the accounts of the four Gospel writers. Surely the setting, characters, and plot of this two-thousand-year-old narrative are not unfamiliar, but while snippets of Jesus’ life have warmed the hearts of countless readers and listeners, a complete story of our beloved Savior is rarely gleaned. To remedy this vacuum, the author has embellished a chronicle of the life of Jesus by:

• shining a light on first-century Judaism

• highlighting solutions to the apparent discrepancies proffered by the original authors

Beginning with God’s covenant with Abraham and a brief history of Israel, this rendition of Jesus’ story gathers truth from the prophets of the old standard as well as meaning from Paul and other writers of the New Testament. The final curtain closes on the Day of Pentecost, when God fulfilled His promise of the Holy Spirit.

Born, raised, and educated in Delaware, the author taught in various elementary schools in the state’s southern county throughout the ‘80s and ‘90s. Unfortunately, after a tragic event, he ended up in prison and spent the next seventeen years behind bars. Although he first blamed God for his downfall, he soon realized the fault was all his and that, if anything, God’s hand had stayed a much more disastrous outcome. While counting his blessings and striving to become the best inmate possible, he facilitated various groups and programs, helped over two hundred residents receive their high school diplomas, and after earning a graduate-level degree in biblical studies, began writing The Story of the Messiah. In April 2013, he reentered society with the loving support of his two children, both of whom have forgiven him, and it’s to them that he dedicates this project.