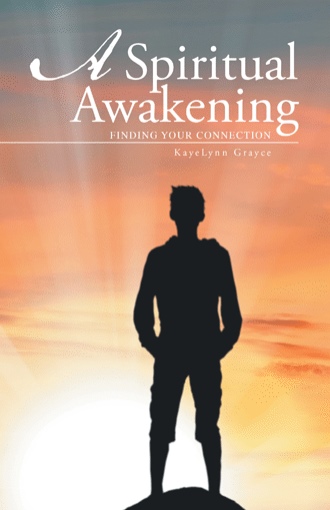 Chapter 1 Admitted We Were Powerless . . . The Nightmare of Noah “Who has woe? Who has sorrow? Who has contentions? Who has complaints? Who has wounds without cause? Who has redness of eyes? Those who linger long at the wine, those who go in search of mixed wine. Do not look on the wine when it is red, when it sparkles in the cup, when it swirls around smoothly; at the last it bites like a serpent and stings like a viper. Your eyes will see strange things and your heart will utter perverse things.” (Proverbs 23:29-33) I knew deep down that I was an alcoholic several years before I ever walked through the door into my first AA meeting. I’m not sure I really wanted to stop drinking then as much as I just wanted to stop feeling the way I did. Looking back I have come to realize that I simply couldn’t imagine life without alcohol, even knowing that my life with alcohol was no longer living, I was merely existing. Almost everyone knows the biblical story of Noah’s Ark. But even though he “walked with GOD,” Noah was not immune to human weakness. Like all alcoholics he was powerless over alcohol but he never seemed to lose his spiritual power from GOD. The truth is, we haven’t either. GOD never leaves us. It is we who close the door on HIM. Noah slowly staggered home, his head hung low and his mind racing. “How did this happen again,” he wondered. It was just going to be one beer with the guys. It was hot outside; he’d been working in the field all day and was going straight home to do some more work on the ark. Then Joe had said “Come on over to Eden Tavern with me and the boys. We’ll have a couple beers, shoot some pool, why, I’m even up to a game of darts if you like.” “No can do,” Noah had replied, “I’ve got work to do at home.” “Not that stupid boat again” Joe had chided. “You’re wasting your time and money you know, so put that silly idea out of your head and let’s go” he had demanded. “Just one beer” is what he had told Joe. “I’m only going to have one,” Noah had insisted, more to himself than to Joe. After all, he was obeying God by building the ark, just the way he was instructed. He deserved a little relaxation, a little fun with his friends, didn’t he? “And it’s only one beer” he had reminded himself. Then he would go straight home. Ah, who was he kidding, when it came to cold beer, especially with the boys, there was no such thing as ‘just one’. I’ll never forget that early February morning in 2010. It’s etched in my mind more clearly than what I did yesterday. I too hung my head low in remorse as I was leaving the county jail with a DUI and resisting arrest charge, wondering why I let this happen. While I spent the night in a jail cell, my poor little dog Brutus spent the night in my car. My heart sank with guilt and remorse. Not because of what happened to me; I got what I deserved. It was because of the trauma I put that little dog through by making him wonder if I had abandoned him like my husband did when the ambulance took him away, never to return home. Brutus mourned that loss for a long, long time. And just when he starts acting like his old self again, I go and screw it up. I’ve been going to AA meetings for quite a while now and when I look at the new faces that come in and listen to their stories, I can tell that some of them don’t really want to be there, even if their only other option is prison. So it’s my hope that they will come to realize just how much of a prisoner we are to our addiction and become willing to seek the Higher Power needed to break free from that addiction. We live in a country that adorns us with all kinds of freedom: freedom of speech, freedom of the press, even the freedom to choose your own concept of GOD. And you may not believe this right now but when you completely give your will and your life over to the care of GOD, you will experience a freedom inside of you that you have never felt before. I used to be a prisoner of fear, and a bottle of vodka held the key. When I could no longer live with myself, I turned to Alcoholics Anonymous to break free. Lo and behold, the answer was right there in “How it Works.” It says, “Remember that we deal with alcohol, cunning baffling, powerful. Without help it is too much for us. But there is one who has all power, that one is God.” Now let me tell you, if God can take this lonely, miserable, isolated drunk who was afraid of everyone and everything around her and give her the strength and courage to stand up in front of a room full of people and speak, now that’s POWERFUL! You know if God will do all this for me He will do it for you too. All you have to do is ask Him. God has such a wonderful plan for your life. He’s just waiting on you to invite Him in so that He can get you started on it.

My spiritual awakening was not when I felt God while driving home with my little dog after spending the night in jail or when the young girl who never heard of AA showed up at a meeting and it turned out she lived in the state I had just moved from. Yes, those were spiritual experiences orchestrated by the mighty hand of God. But my awakening came when I began seeing the world through His eyes.

God formed each cloud in the sky to be as uniquely beautiful as the people He created. He enabled the birds to sing in harmony as well as the Mormon Tabernacle Choir. Roses are red, violets are blue, and the grass is green because God painted them. Every sight, sound, smell, color, and texture you encounter originated from Him. The Creator of the universe handcrafted all of these for our pleasure so let’s honor Him by enjoying them.

I also discovered that the Bible is not a Who’s-Who book of saints but story after story of real people who are as imperfect as you and I with the same real life issues that plague us today. And no matter what they did or how they acted there was no sin too big or bad to keep them from finding their connection to God. Perhaps you’ll find yours through one of them.

The author currently resides in Oklahoma with her two dogs, Brutus and Tramp.