The Farm Girl and the African Chief 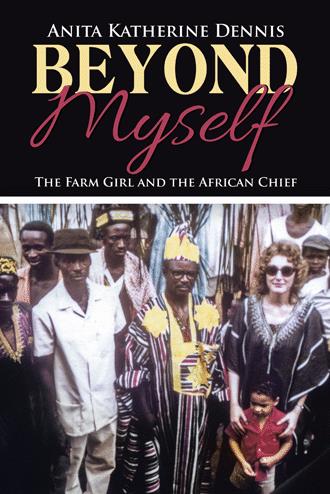 Introduction “No one is born naturally or spiritually with character; it must be developed.”

– Oswald Chambers, My Utmost for His Highest Massambolahun, Upcountry Liberia, West Africa, summer, 1973 It was 9 p.m. – pitch black. I was a twenty-seven-year-old, red-headed white woman sitting in the chief’s chair at the front of an open meeting house. My husband, Ben, was with grateful elders, so I was taking his place of honor. In my lap was our four-year-old son, Bengie, kept awake by the rapid fire drumming and the roar of rain on the corrugated zinc roof. By the light of kerosene lanterns, Gbande dancers gyrated acrobatically up the center aisle. Men and women on crowded wooden benches, stared at me.

Scenes from my past remind me of 1950s Tarzan movies I watched as a child. The minute our Land Rover stopped, crowds enveloped us with drums booming and women playing sassas (beaded gourds.) The jeeps carrying our traveling party zipped around us. As if on cue, lightening lit up the sky and it poured. The crowd ran to the meeting house. I was swept up with it, carrying Bengie in my arms.

We began our journey that morning in Monrovia, the capital of Liberia. Our intention was to reach Vahun –Ben’s father’s village – by nightfall. However, as we progressed toward it, successive Gbande villages delayed us with their outpourings of gratitude. We were traveling on a new road, bulldozed by a Swedish company, at the request of the Liberian president, William R. Tolbert Jr., as a favor to Ben.

At midnight, a tall Gbande man summoned me away from the meeting house – a break in the rain giving Ben the opportunity to push on. The rudimentary road over the Cambui mountain range looked like the mighty hand of God Himself had clawed a path through the forest – felled trees scattered on both sides. The thunderstorm transformed the road’s red clay surface into greasy ooze. Gullies were beginning to cross it in various places. Even when dry, Cambui’s steepest incline was navigable only by a four-wheel-drive vehicle. During the height of rainy season, the road was impassible.

As we drove away, a soft rain began, the headlights barely piercing the night. The rain and fog on the windshield made it hard for me to see from the front passenger seat. On both sides of the road, the remaining cotton trees stood as eerie sentinels. The only sound in the vehicle was the wipers knocking back and forth. Thankfully, Bengie was asleep in my lap.

We edged down a slope onto a two-log bridge – one for each set of wheels. I held my breath. Just past the bridge, we were mired in clay. The driver stopped, grinding into four-wheel drive for the steepest incline – the men’s musty, nervous sweat revealing their palpable anxiety.

I looked up, fear fueling my imagination. I wanted to see the world, but this was beyond anything I dreamed of. Only God could get us through this. I was terrified. Closing my eyes, I willed myself to sleep. I didn’t want to witness our deaths. Exhaustion took over.

That ride over Cambui wasn’t the only time I desperately needed to trust God. Marrying Ben had been a challenge in itself – another step in my journey of faith. In the many steps to follow, I learned that stereotypes contain elements of truth, but they’re never the whole picture. To get that, you must let my memory snapshots unfold as they happened. The account of Ben’s life has been told. This is my story. Chapter One

Anthropology 101 “We are our choices.”

- Jean-Paul Sartre Ohio University, my sophomore fall term, 1964 I was careful to be early quickly grabbing an aisle seat in the second row. The other students scrambling for seats instantly quieted down as Dr. Dennis strode into the room and plunked his large briefcase down on the small table in front. He fit the image of a professor in his dark suit, white shirt, pencil-thin tie, 60s glasses and side-part “college boy” haircut. If it wasn’t for the star markings on his cheeks, he could easily pass for a Black American.

Four campus jocks sauntered in as he emptied his briefcase. Since all the seats were taken, they stood along the back wall. My hope to remain in this class was dashed.

Dr. Dennis announced, “My name is Benjamin Dennis. I’m serious about anthropology. I expect the same from you. I want you here for every class because, in addition to the readings, the lecture material will be on the exams.” I looked over the syllabus – three books to read and a term paper, as well as the exam dates and grading scale. I’d never seen anything so organized or daunting.

He continued, “Sit in the same seat because I’ll be taking attendance. If your score is between two grades, I’ll check your record. Those who have been here regularly will get the higher grade. You must have your term paper outline approved by me. Make an appointment with my secretary to see me in my office. For anyone who thinks this class is a ‘Mickey,’ I’ll sign you out right now.”

The guys standing in the back quietly came forward and did just that. As they left, I breathed a sigh of relief. I was sure this class would prove interesting. I had no idea how much.

When author Anita Katherine Dennis walked into the anthropology class during her sophomore year at Ohio University in 1964, she was sure the class would prove interesting. She had no idea how right she would be. In Beyond Myself, she narrates the love story that developed between her and her anthropology professor, Dr. Ben Dennis, an African tribal chief.

In this memoir, she shares how God sustained her during her interracial, cross-cultural marriage—especially as she played the role of chief’s wife in a remote village in Liberia, West Africa. Her life was full of extremes. She met the president of Liberia in the Executive Mansion—and slept in a mud hut. She visited European capitals—and lived in a remote African village. She flew on transatlantic flights—and was carried through the high forest in a chief’s hammock. Anita shares her struggles as she is accepted into the Mende tribe and lived in Vahun with an off and on kerosene fridge, swarming termites on the screens, a cyclone barely missing the house, and pungent elephant meat delivered in the middle of the night.

Beyond Myself offers an example of West meets Africa personified. Anita tells how life with Ben was more than a marriage. It was an education and adventure wrapped into one. Ben allowed Anita to escape her narrow cultural confines and embark on a journey from farm girl to global citizen, with plenty of missteps throughout. For more information visit: www.anitakdennis.com.

From the Kirkus Review:

"....Dennis led a life filled with remarkable events and translated them into an entertaining memoir....overall she proves to be a storyteller with a keen eye for detail and fully re-creates the complexities of her marriage and the exciting challenges she faced in Africa.  A cleareyed memoir about navigating fraught relationships and other cultures."

Anita Katherine Dennis earned a bachelor’s degree in sociology and a minor in anthropology from the University of Michigan-Flint in 1973. She was accepted into her husband’s Mende tribe, lived in his village, and served as a lay missionary. Dennis co-authored Slaves to Racism: An Unbroken Chain from America to Liberia.