The Gospel According to Sesame Street: Learning, Life, Love, and Death 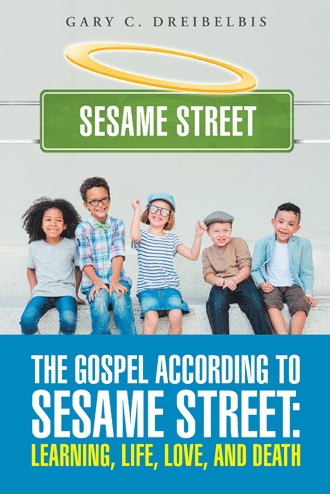 Sesame Street is arguably one of the most significant television shows of all time and certainly ranks as one of the top television shows for children. During its forty-five year run it has taught children letters of the alphabet, numbers, colors and shapes, and other cognitive skills. It has also taught children lessons in faith, family values, equality, and The Golden Rule. It has provided children with a video handbook on how to live life.

“Even more than the animated features of Walt Disney and certainly more than The Simpsons, Sesame Street has had a deep and enduring role in shaping young minds about faith and morality--well beyond Patti Labelle’s stirring gospel version of the alphabet. Gary Dreibelbis’ thoughful analysis of the Sesame Street Gospel is long overdue.”

- Mark I. Pinsky, The Gospel According to Disney,

The Gospel According to The Simpson’s

“What a unique and insightful book! Who would have imagined that behind the scenes of a cute kids program there was a deep reservoir of theological truth and moral teaching that has shaped mnds and hearts of millions of children? A fascinating read.”

- Robert Lupton, Toxic Charity: How Churches and Charities Hurt Those they Help and How to Reverse It.

“Not only is this a lesson in television history, it takes an iconic show and delves deeper into the moral and spiritual themes that lie just below the surface, giving us a new way to look at a special place called Sesame Street.”

During its forty-five seasons on air, Sesame Street has not only taught children letters of the alphabet and numbers, it has also taught children lessons in faith, equality, and social justice. Most of all it has taught children in subtle ways to follow The Golden Rule and that all people are created equal. It is without doubt one of the most significant television programs of all time.

Gary C. Dreibelbis EdD has taught communication courses at Bradley University, Northern Illinois University, The University of Georgia, San Francisco Theological Seminary, and Solano College. He is the coauthor and editor of Watching What We Watch: Prime Time Television Through the Lens of Faith and author of The Video Performer.