Laws and Lawyers in Today’s America

Thoughts From the Inside 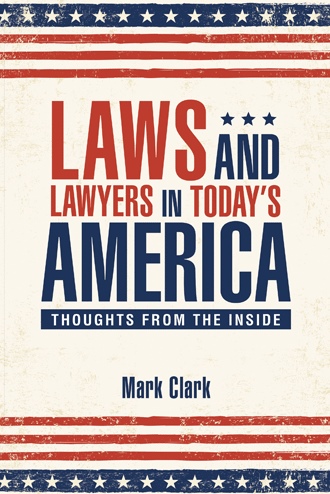 In 1787, the Constitutional Congress wrote, and in 1788, New Hampshire became the ninth state (of 12) to ratify the United States Constitution. It is breath-taking in both its brevity and its scope. In just a few pages, it created a federal government for the new United States of America. It is without doubt the greatest legal document ever written, and created the structure for the finest government ever created. Not since the Magna Carta was first signed in 1215 by King John of England, and later reaffirmed by King Edward I in 1297, has any document ever taken such far-reaching steps towards democracy.


The U. S. Constitution was so well conceived that it has been amended only 27 times, and two of those imposed and revoked Prohibition. There have only been 25 substantive amendments.


But when our forefathers wrote the Constitution, they neglected to include within it the very reason that the Revolutionary War was fought – to preserve those freedoms which had been granted to Englishmen five centuries before in the Magna Carta and to grant other freedoms as set forth in the Bill of Rights. But its genesis was the Magna Carta.


The Magna Carta was the first time that the King of England made himself and 'his heirs forever' subject to the law, and granted to all 'freemen' of England the rights and liberties of the kingdom. It provides, in pertinent part, that:


“No freemen shall be taken, imprisoned....or in any other way destroyed....except by the lawful judgment of his peers, or by


or delay right or justice.”


When Englishmen began migrating to the new world, and established the original colonies, they brought with them the Magna Carta and declared that it granted them in America the same rights they possessed in England. It was only after several generations, when the English throne had consistently denied those rights, and sent its army to quell disruptions, that the Declaration of Independence was written and signed, and the Revolutionary War broke out. The colonists were fighting first for those rights and liberties which had been granted to them almost five centuries before, but also of necessity, for independence from an unjust England and to create a new nation in the 'new world'.


So in 1791, the first ten amendments to the Constitution were enacted by Congress and ratified by three-quarters of the states. Those ten amendments have come to be called The Bill of Rights because they guaranteed those individual liberties and freedoms, as well as much more.


But the process was still imperfect. The Bill of Rights applied only to the federal government. It did not apply to the states, territories, counties and municipalities of America. It was not until 1867, when the nation approved the 14th amendment, did it apply to all forms of government, and more notably, protect our freedoms and rights from all levels of government.


Now let me be clear about the ongoing existence of our Bill of Rights. The only group in the country that has successfully fought for and protected it is the criminal defense lawyers. Not the American Civil Liberties Union, which concerns itself more with civil rights than civil liberties. Not the courts. Certainly not law enforcement personnel. And not any city council, county government, state legislature or even Congress. I say this because government and law enforcement, at all levels, see these rights and freedoms as an interference to the exercise of their powers and authority. Damn those pesky rights! They interfere with the smooth and easy control of the populace, which is the purpose of law. But without them, we may as well revert to an England before the Magna Carta or the Star Chambers of the Spanish Inquisition.


No one else in the world enjoys the rights that we are granted, but understand that governments at all levels seek to ignore them and take them away. It is the criminal defense lawyers who have preserved them.


So let's look at each of the ten amendments to see what protection and freedoms they give us.

From the selection of judges, through the Bill of Rights, our status as a Christian nation, to the Supreme Court’s abrogation of power, Laws and Lawyers in Today’s America takes you on an interesting, educational and entertaining journey through several of America’s current legal issues. Ethical dilemmas, secession of states, jury nullification, the history of our American rights, and our Christian heritage, are some of the subjects discussed openly and candidly in this analysis from the eye and experience of an insider. Thoughtful and often humorous, you will enjoy seeing the Bill of Rights, other constitutional issues, judges, lawyers and much more through eyes both experienced and wiser.

Mark practiced law in a small firm, a large corporation, and for most of his career, as a sole practitioner. He most enjoyed cases involving unpopular clients and unique challenges of fact or law. He was also licensed as a stockbroker and advised corporations and mortgage bankers as a litigation manager. His work took him through state and federal courts throughout the country and enabled him to watch a wide variety of judges and lawyers “toiling in the pits” of our courtrooms. An avid history buff, he has chronicled some of the best and worst that our system has to offer.


He has worked with the abused, homeless, and disabled people in our society and, as an elected official, he guided a public school system through threats to its teachers and the maintained the quality of education given to the students.